The COVID-19 pandemic impacted research and tourism, even in Antarctica 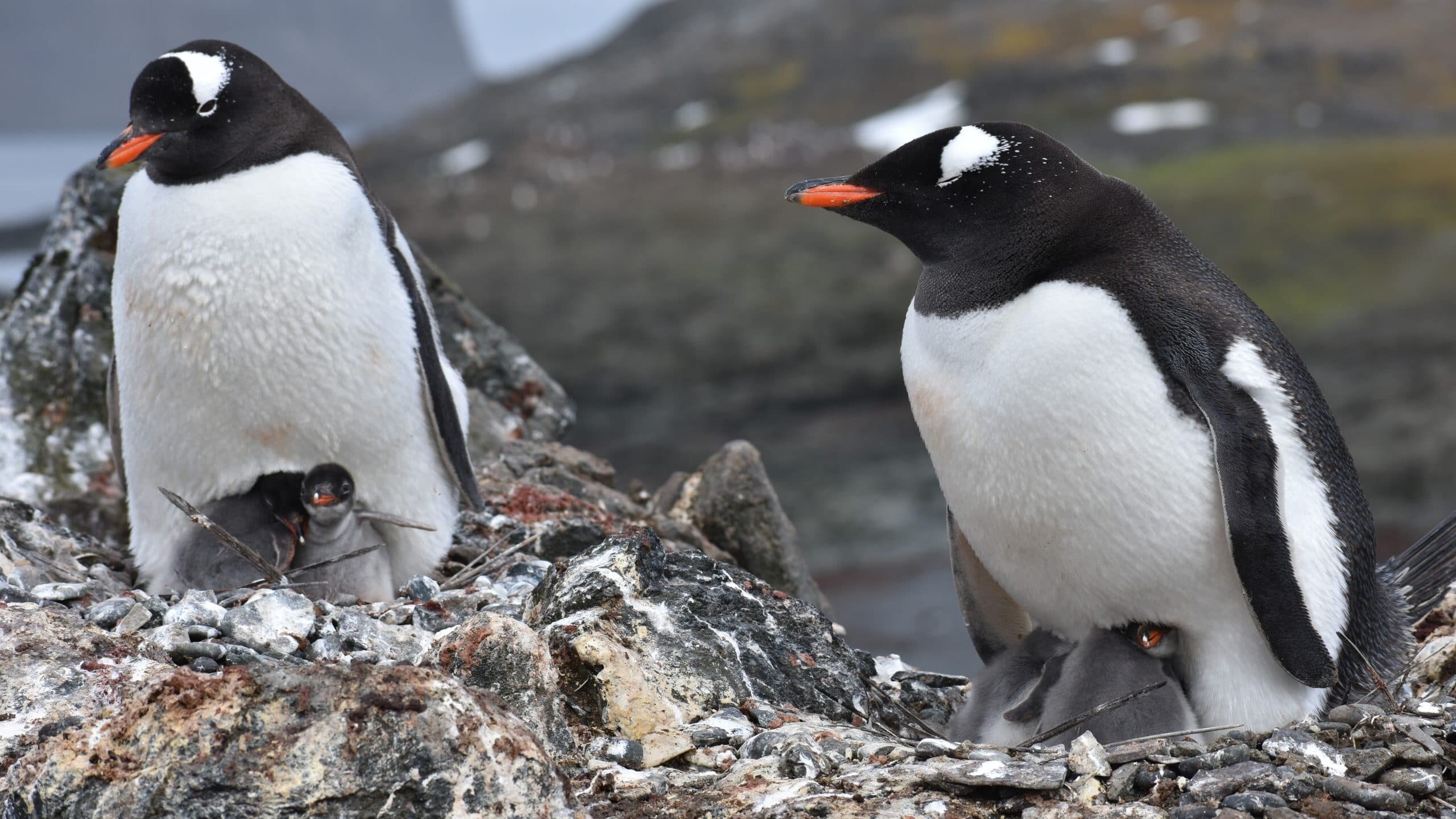 
The first time Yu-Fai Leung traveled to an island off the coast of Antarctica to see two species of penguins, it wasn’t the bright blue sky, the cold wind or the sight of the birds’ busy industriousness that hit him first. It was the smell.

“They call it penguin perfume,” said Leung, a professor of parks, recreation and tourism management at North Carolina State University. “Of course, they are also really cute and impressive.”

Leung traveled to Antarctica for three weeks from December 2019 to January 2020 as part of an expedition by the Ecuadorian Antarctic Institute. One of their goals was to study whether people’s behavior—such as standing, kneeling, walking or talking—near two penguin species would change the birds’ behavior. While he had plans to return for follow-up studies, the COVID-19 pandemic made that impossible.

In a report for the Wilson Center’s Polar Institute, Leung and a team of international authors detailed the pandemic’s impact on tourism and research in Antarctica. The Abstract spoke with Leung about the report’s findings, what they mean for the future, and also about his work on penguins. His findings regarding how tourists can affect the chinstrap and gentoo penguins were published in the journal Antarctic Science.

The Abstract: What were some of the impacts of the pandemic on Antarctica?

Leung: The human pressure on the Antarctic peninsula was substantially less during the pandemic. It gave the landscape, the soil, the vegetation and the wildlife a break from people.

One thing we didn’t fully realize was the extent of the relationship between science and tourism in Antarctica. Scientists often use tourist boats to get to their research sites more efficiently, and scientists help educate tourists. When the pandemic hit, there were very few ships going to Antarctica. A lot of science came to a halt.

This year, there is more tourism—we don’t know how much more yet—but not as much as before the pandemic. But we know that this is temporary. At this juncture, we’re asking: Do we need to invest in research to inform governance and policy moving forward?

TA: What has the pandemic taught us about the future of tourism?

Leung: Antarctica is not owned by any country, but there are some basic rules. You can’t have a military base; it’s for peace and science. Since it started, the tourism industry has been allowed to run their business with a lot more freedom than you would expect. The industry’s main body, International Association of Antarctica Tour Operators (IAATO) has been careful in applying visitor guidelines and management practices, but the problem is you don’t need to join the tourism association to run Antarctic tours as long as your country approves it. With the pandemic, they lost money and are under pressure. The market and the demand may grow really fast.

Even before the pandemic, people were talking about over-tourism. While there’s a lot of promise of what tourism can do for conservation in Antarctica, we don’t really know what it is really doing. We need to think about whether there should be some limits to tourism, and about funding to support conservation. If tourism only happens in Antarctica and all the money goes back to other countries, how does it help? Do tourists coming back from Antarctica really become lifelong ambassadors and support Antarctic conservation? There’s little evidence to support that. We need to go deeper into that claim.

TA: Why did you study those two species of penguins?

Leung: The chinstrap (Pygoscelis antarcticus) and gentoo (Pygoscelis papua) penguins are two common species in Antarctica that are accessible to tourists. Climate change is impacting them differently. The gentoo penguins are more adaptive species; their diet is more diverse. Chinstrap penguins eat krill and not much else. Now with less sea ice and less food near the shore, they have to swim farther away. That exposes their partner with their chicks to predators’ attack. On top of that, tourism aligns with their breeding season. You are adding people going around these animals, around their nests.

TA: What did your study look at?

Leung: The Antarctic visitor guidelines specify you cannot get closer than 5 meters from any animal, including penguins. But there’s not a lot of research to show that 5 meters is too far away, or too close. And then realistically, it is not just about distance. In this study, we tested talking, standing and kneeling like we were taking pictures. We did these three behaviors at three different distances to test how these two species would respond. We saw changes in the penguin’s behavior at any distance. We also saw the different species behave differently. Chinstrap penguins seem to respond more dramatically and have a higher response the closer we get. These changes might impact their survival.

TA: What does your study say about how people should behave around penguins?

Leung: The guidelines already suggest that we should not talk loudly around animals, or wildlife, which is a common-sense thing. Now our study shows that it might actually make a difference; you might actually generate some behavior change. Five meters is a good start, but if you are doing certain behaviors, 5 meters is the bare minimum. It doesn’t mean at 7 meters, you can go crazy.

TA: What was it like to see Antarctica for the first time, and see the penguins?

Leung: I traveled there on a Brazilian Air Force C-130 Hercules plane from Punta Arenas, Chile. From the little window on the flight, I was first struck by the sheer amount of white everywhere. I spent three weeks at an Ecuadorian research base, and took field trips by a small Zodiac boat to nearby Barrientos Island to see those penguins. So some days you just have foggy or windy weather and you cannot go on the small Zodiac. The whole island is dotted with penguins. But before you even see the penguins, you smell them. When you get closer, you see these little guys running. Their poop is everywhere.

They are also really impressive, and they sometimes have this kind of funny waddling way of walking. The penguin colonies are like busy town centers. They have two partners. One will protect the chicks, and the other one will go right into the ocean to swim. The chicks are so beautiful, but their life is fragile. The South polar skua is (Stercorarius maccormicki) a common predator. It’s a large bird. They will come down and try to grab the babies.

TA: What’s next for your research there?

Leung: COVID affected our plans for follow-up studies. We were supposed to be back the following year. We are hoping that we can resume the final stage of this project this year. We’re trying to observe actual tourist behavior—whether they are actually complying with the rules or not.

We also want to know more about the penguins’ responses. We need to collaborate with people who can evaluate the physiological consequences of these behavior changes.

Also, we expect tourism to come back strong after the pandemic. Coupled with climate change, there are more ice-free areas within the peninsula, which is where tourists go. That would open up more accessible sites for tourists to explore. Perhaps then other penguin species might be seeing more people in the near future? Perhaps this study would stimulate similar work on other species, like Emperor penguins.

Some see Antarctica as ‘last chance’ destination. For others, it’s a backdrop

Citation:
The COVID-19 pandemic impacted research and tourism, even in Antarctica (2022, April 14)
retrieved 15 April 2022
from https://phys.org/news/2022-04-covid-pandemic-impacted-tourism-antarctica.html