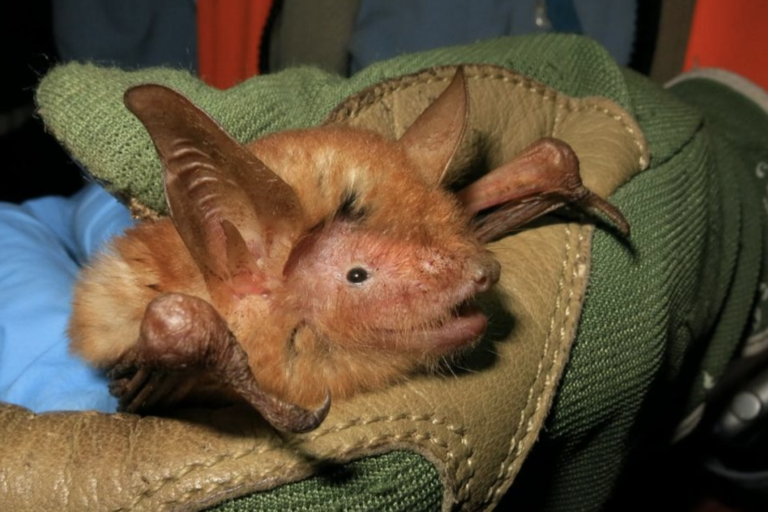 
A frog that looks like chocolate, a resplendent rainbow fish, and 14 Sulawesi shrews were added to a growing list of “new to science” species over the past few months. Scientists estimate that only 10% of all the species on the planet have been described. Among our closest kin, mammals, that number jumps to 80%, but even this well-studied group still holds mysteries.

“Mammals have received a lot more attention from scientists than most other groups of species,” Bryan Carstens, a professor at The Ohio State University, told Mongabay. “Yet still roughly 20% of the mammal diversity is yet to be described.”

Carstens and colleagues decided to build a model to predict where this remaining 20% might be hidden. The model, he said, is similar to what Netflix uses when it makes movie recommendations based on what you’ve seen and liked before.

Led by Ohio State graduate student Danielle Parsons, the team used machine learning and a supercomputer to analyze a massive global data set of known mammalian species traits, life histories, records of occurrence, and more than 90,000 gene sequences. The analysis took 18 months on the supercomputer. On a laptop computer, it would have taken decades.

“We were the first people crazy enough to try to build a model,” Carstens said.

And what did they find? Most hidden mammal diversity consists of small-bodied animals such as rodents and bats that live across larger ranges and in wet tropical areas, according to their predictive model.

“Based on our analysis, a conservative estimate would be that there are hundreds of species of mammals worldwide that have yet to be identified,” Carstens said in a press release. Most of these hidden species are likely to be found in the orders of Chiroptera (bats), Rodentia (rodents), and Eulipotyphla (shrews, moles, and hedgehogs).

These results, published in the Proceedings of the National Academy of Sciences, are unsurprising Carstens said, because the wet topics are the most biodiverse places on Earth, and because smaller animals are harder to study.

Walter Jetz, a professor of ecology and evolutionary biology at Yale University, who was not involved in the study, told Mongabay that this study highlights the contribution of large-scale data synthesis to uncovering new animals.

“The general view of species discovery is you’re going to go on an expedition, probably to a jungle somewhere, and you’re going to catch something and look at it and immediately say, ‘Wow! This has never been seen before!’” Carstens told Mongabay. “And that’s not really how it works.”

Sometimes, a group of seemingly identical animals are described as one species when they are, in fact, several different species. This type of hidden diversity is known as cryptic diversity. Many of these cryptic, new-to-science species are uncovered in a lab using DNA analyses and by examining specimens and skeletons in painstaking detail.

These small and subtle differences may seem trivial, but defining new species is quite important for people doing conservation work, Carstens said.

In 2018, for example, his lab groups found that a common species of brown bat found in North America was actually five distinct species. One of these lived in only a small area, making it a higher conservation priority.” We can’t protect a species if we don’t know that it exists. As soon as we name something as a species, that matters in a lot of legal and other ways,” Carstens said.

Revealing the nuances of diversity also helps scientists understand the ways in which species function in both urban and natural ecosystems. An incredible 40% of all mammal species on the planet are rodents, and this is also one of the groups likely to hold the largest number of undescribed species.

Rodents disperse seeds, fertilize the soil, and are critical components in the food chain. Additionally, they are “the wildlife species most likely to be abundant, come into contact with humans, and be potential reservoirs in future zoonotic [animal-borne disease] outbreaks,” according to a 2021 letter in Conservation Biology.

“We live alongside rodents more than any other wildlife species, and yet, we know so little about them,” Chelsea Himsworth, regional director of the Canadian Wildlife Health Cooperative, told Mongabay in 2021.

Yet beyond their relationships to humans, there is an intrinsic value to life, Jetz said, and to recognizing these species before they are lost. “There is something immensely unethical and troubling about humans driving species extinct without ever even having appreciated their existence and given them consideration.”

Liz Kimbrough is a staff writer for Mongabay. Find her on Twitter @lizkimbrough