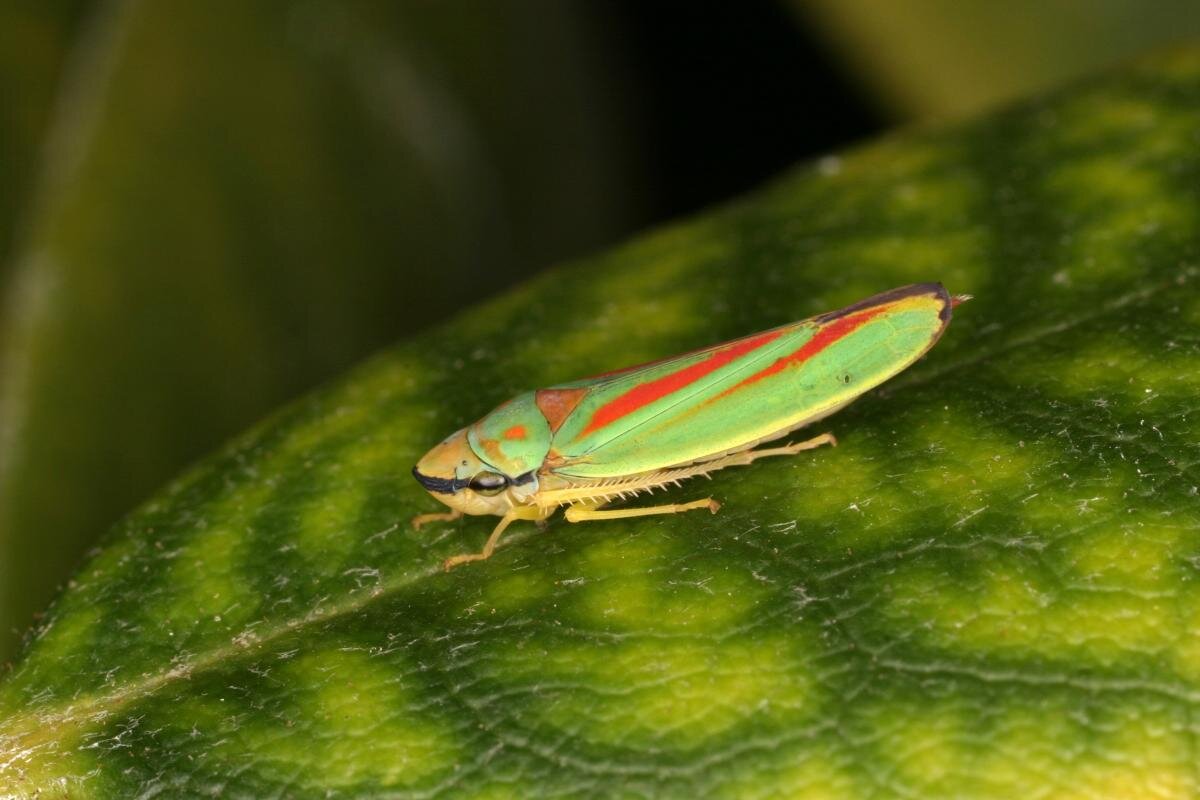 
Scientist from the Centre for Integrative Biodiversity Discovery (CIBD) of the Natural History Museum in Berlin, from the ZUSE-Institute Berlin and from the RWTH Aachen University have discovered a new sensory organ for perceiving vibrational signals in leafhoppers, spittlebugs and planthoppers. The discovery of this new organ offers numerous new research opportunities, as some species of leafhoppers transmit economically important plant diseases. For biological pest control, a disruptive signal could be used to stop the insects from mating and thus inhibit their dispersal. The research is published in Biology Letters.

Cicadas are known for their ear-deafening songs. Each of the more than 3,000 species has an individual song pattern, which can even be used for species identification. In the Mediterranean, the tropics and the subtropics, their mating signals dominate the soundscape of numerous regions.

Less well known, although with almost 40,000 species far more diverse, are the closely related leafhoppers, spittlebugs and planthoppers, which can be found in great numbers in our parks and gardens. Despite their often very colorful appearance, these pretty insects are little known due to their small size—some only measure a few millimeters.

Their mode of communication also draws little attention. Leafhoppers, spittlebugs and planthoppers share a homologous organ with cicadas for signal generation. Unlike cicadas, however, they do not generate airborne sound signals, but instead vibrational signals that are transmitted to their conspecifics via the plant surface. To perceive the signals, cicadas are equipped with a so-called tympanal organ. This is a kind of ear that registers the incoming sound waves with about 2,000 sensory cells. In the case of leafhoppers, spittlebugs and planthoppers, it was previously assumed that they perceive the vibrational signals for communication with quite simple organs in the legs, present in all insects, which are made up of only a few sensory cells.

Scientists from the Centre for Integrative Biodiversity Discovery at the Natural History Museum in Berlin, from the ZUSE Institute Berlin and from the RWTH Aachen University have recently discovered a new sensory organ for perceiving vibrational signals in leafhoppers, spittlebugs and planthoppers.

“In our latest study, we discovered that leafhoppers, spittlebugs and planthoppers possess a sensory organ in the anterior region of the abdomen that is exceptionally large relative to such small insects and consists of up to 400 sensory cells,” said first author Sarah Ehlers of the Centre for Integrative Biodiversity Discovery at the Natural History Museum in Berlin. The fact that this organ has remained undiscovered until now is more than astonishing since the signal-generating organ located directly next to it has been studied and described numerous times

By combining classical histological methods with state-of-the-art imaging techniques, it was possible to generate a 3D model of the sensory organ. This organ is a sophisticated system of fine membranes and reinforced parts of the exoskeleton. Based on the location and structure of this organ, it is likely that the complicated tympanal organ of cicadas evolved from a similar ancestral organ.

Because some species of leafhoppers, spittlebugs and planthoppers transmit economically important plant diseases, they have been the focus of many biological pest control studies. For example, the mating behavior and the mode of signal generation have been well investigated. There are already successful experiments to stop the mating of these insects by means of disruptive signals and thus to reduce their dispersal.

The discovery of this new organ provides opportunities for numerous new research approaches. Now it is time to investigate its detailed functioning. This could help to further develop and improve the methods of biological pest control. Another exciting field is the evolution of communication systems within insects. Using the example of cicadas, it is possible to investigate the transition from the evolutionary ancient communication via vibrational signals to communication via sound signals.