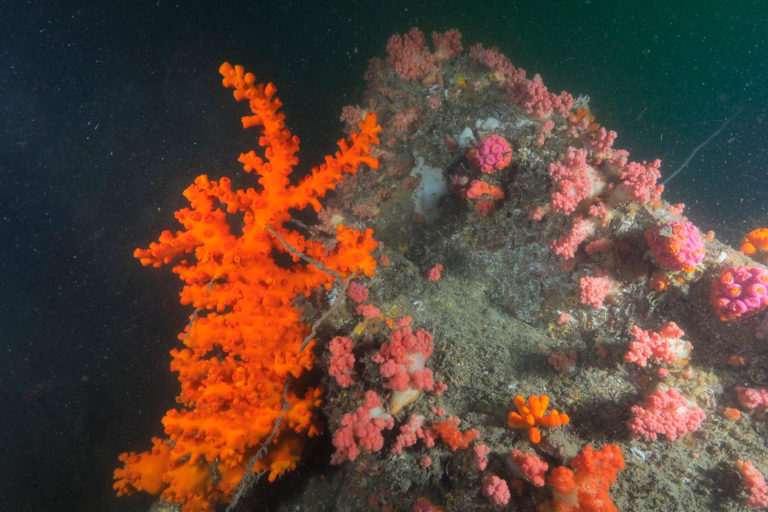 
In the eastern waters off Hong Kong, a group of scientists searching for coral-eating nudibranchs stumbled upon a colorful surprise: three new species of sun corals. These orange, purple and green corals belong to the genus Tubastraea, bringing the known members of this coral group from seven species to 10.

“Given that corals are one of the best-studied marine animals, our study reveals how little we know about marine diversity, and how many undescribed species are still awaiting our discovery,” said Qiu Jianwen, a professor at Hong Kong Baptist University who, along with master’s student Yiu King-fung, found the corals.

Descriptions of the new corals, found around the Sung Kong and Waglan islands have been published in the journal Zoological Studies.

Unlike the colorful corals most people are familiar with, sun coral species don’t build reefs or host symbiotic algae. Instead, they live in deeper waters (10 to 30 meters, or 33-98 feet, below the water’s surface) and eat by capturing zooplankton from seawater with their tentacles.

The bright-orange Tubastraea dendroida is named for its unique tree-like branching shape. Tubastraea chloromura draws its name from its olive-green skeletal wall, with “chloro” meaning green and “murus” meaning wall. And Tubastraea violacea, so named for its violet color, may have color variants, such as a yellow variant in the South Pacific, according to DNA analyses.

This discovery comes after eight years of surveying and research related to coral health in Hong Kong by Qiu and colleagues. The team is examining the impact of sea urchins, coral-eating nudibranchs, and coral bleaching on coral reefs around Hong Kong.

Qiu says these discoveries are encouraging and “provides strong evidence of the high marine biodiversity in Hong Kong waters … It also inspires us to further explore the diversity of marine animals, study their functions and ecosystem services, and protect them from potential human disturbances.”