Why don’t insects freeze solid in the Arctic? 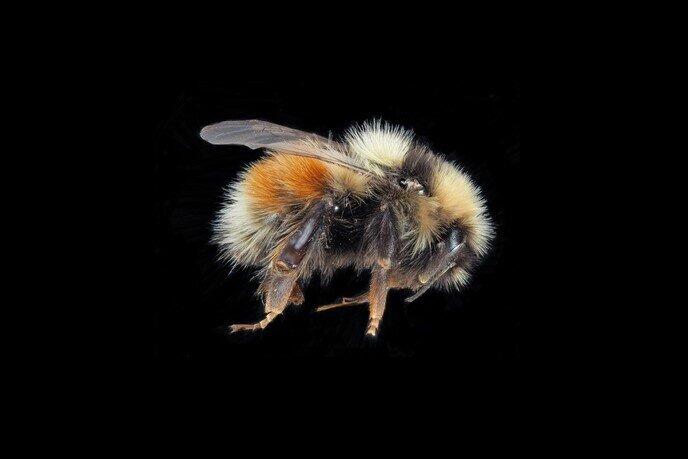 
Life in the Arctic is harsh. Arctic temperatures are punishing, making life difficult for many animals to survive. Yet lots of insects, including mosquitoes, manage to thrive in the frozen region. So why don’t they freeze themselves?

“They can freeze solid,” says Callaghan, an Arctic ecologist at Sheffield University. But insects have developed many successful and varied strategies to avoid dying of cold. These essentially fall into two categories: “They either avoid freezing or tolerate it,” Callaghan explains.

To avoid the cold, many insects go through a resting stage during winter months—a period of dormancy and suspended development known as a diapause. This usually happens when the insects are eggs or larvae and gives them greater protection from the cold environment.

Some insects shed their body water in response to cold, eventually losing nearly all of it. This controls where ice crystals may form in the body, moving it away from vital organs. These insects tolerate the cold by essentially freezing solid but without any of the harmful effects. When the ice melts at the end of the winter, they get moving again.

Many insects also produce compounds, like the natural alcohol glycerol, which work as antifreeze. These chemicals prevent the formation of ice crystals and allow cold-dwelling insects to “supercool,” meaning their body water can drop to a temperature much lower than zero without freezing.

One beetle is known to supercool to temperatures lower than -50 degrees Celsius. The ice inside can eventually transform into a glass-like state—free from damaging ice crystals—in a process known as vitrification.

Collaborative research in the Arctic

Callaghan is the founder and science coordinator of the EU-funded INTERACT project which has funded 1,000 researchers to work in the Arctic. This huge collaboration connected 89 research stations across the frozen regions, with scientists working together to uncover more about environmental and ecological change.

One exciting find was the discovery of a new species of Arctic bumblebee, found by a Belgian-led team of scientists and described for the first time in the Zoological Journal of the Linnean Society. The bee was named Bombus interacti, after the INTERACT project.

A major facet of the INTERACT project was mutual learning, with an online forum letting scientists throughout the network discuss matters from fieldwork safety to minimizing the environmental footprint of Arctic-based research stations. And perhaps how to survive the cold of the Arctic winters…

Some of the environmental change being witnessed around the world—and emphatically in polar regions—is also reflected in the overwintering strategies of insects.

The autumn moth, for example, overwinters in diapause as eggs on the branches of birch trees. These eggs are usually killed during winters where temperatures drop below -33 degrees Celsius, which then reduces damage done to the birch trees in the spring and summer by caterpillars.

Yet as winter temperatures are increasing, higher numbers of moth eggs are surviving and the caterpillars are damaging or killing more birch trees. The moths therefore succeed and spread, adding to this cycle. “So winter survival of insects can be good for them, but not necessarily for other parts of the ecosystem,” says Callaghan.

Where do all the mosquitoes go in the winter?