‘Water always wins,’ so why are we fighting it? 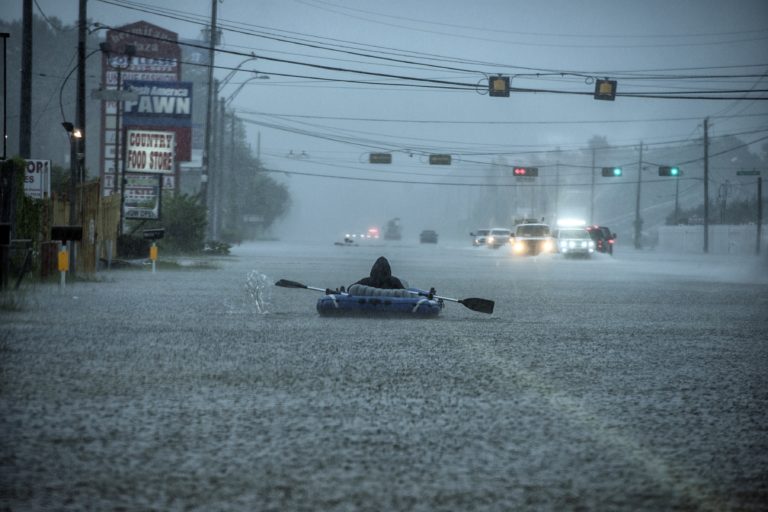 
While modern water infrastructure assets such as dams and aqueducts have provided human civilization with electricity and potable water for a long time, it has also deprived us of it by paving over vast amounts of land, interrupting and diverting water’s natural flow, and ruining biodiversity that humans depend on, in the process.

In this episode of the Mongabay Newscast, author and journalist Erica Gies describes humanity’s water harnessing problem outlined in her book Water Always Wins, and how ‘slow water’ solutions can not only help us harness the water we have, but also restore the biodiversity and natural landscapes we’ve lost.

“’Water always wins’ is a fundamental truth. Sooner or later, water does,” says Gies, and her statement is evident in everyday life. Exacerbated by climate change, storms, floods, droughts, and other events beyond the capacity for humans to locally control defy our attempts to mitigate their power – particularly given societies’ aging and crumbling ‘gray’ infrastructure, much of it built in the 1930s -1970s. As she describes in this episode, while building a seawall may provide some reprieve to a specific community, it merely directs that force onto another.

In the wake of ongoing water crises in Chennai India, the city is embracing traditional hydrological knowledge that restores already existing slow water infrastructure that fell by the wayside after British colonization. The ancient eris system devised by the Tamil people harnesses the city’s precipitation, storing groundwater across the area, helping mitigate flooding while filtering water and ensuring wells have access to the water table.

‘The volume of water is beyond control’: Q&A with flood expert M. Monirul Qader Mirza

Beyond boundaries: Earth’s water cycle is being bent to breaking point

Subscribe to the Mongabay Newscast wherever you get your podcasts from! You can also listen to all episodes here on the Mongabay website. Or you can download our app for Apple and Android devices to gain fingertip access to new shows and all our previous episodes.

Banner Image: A person in an inflatable boat paddles down flooded Highway 610 in the Houston area as rains associated with Hurricane Harvey continue to fall in the area. Image by Mannie Garcia/Greenpeace.