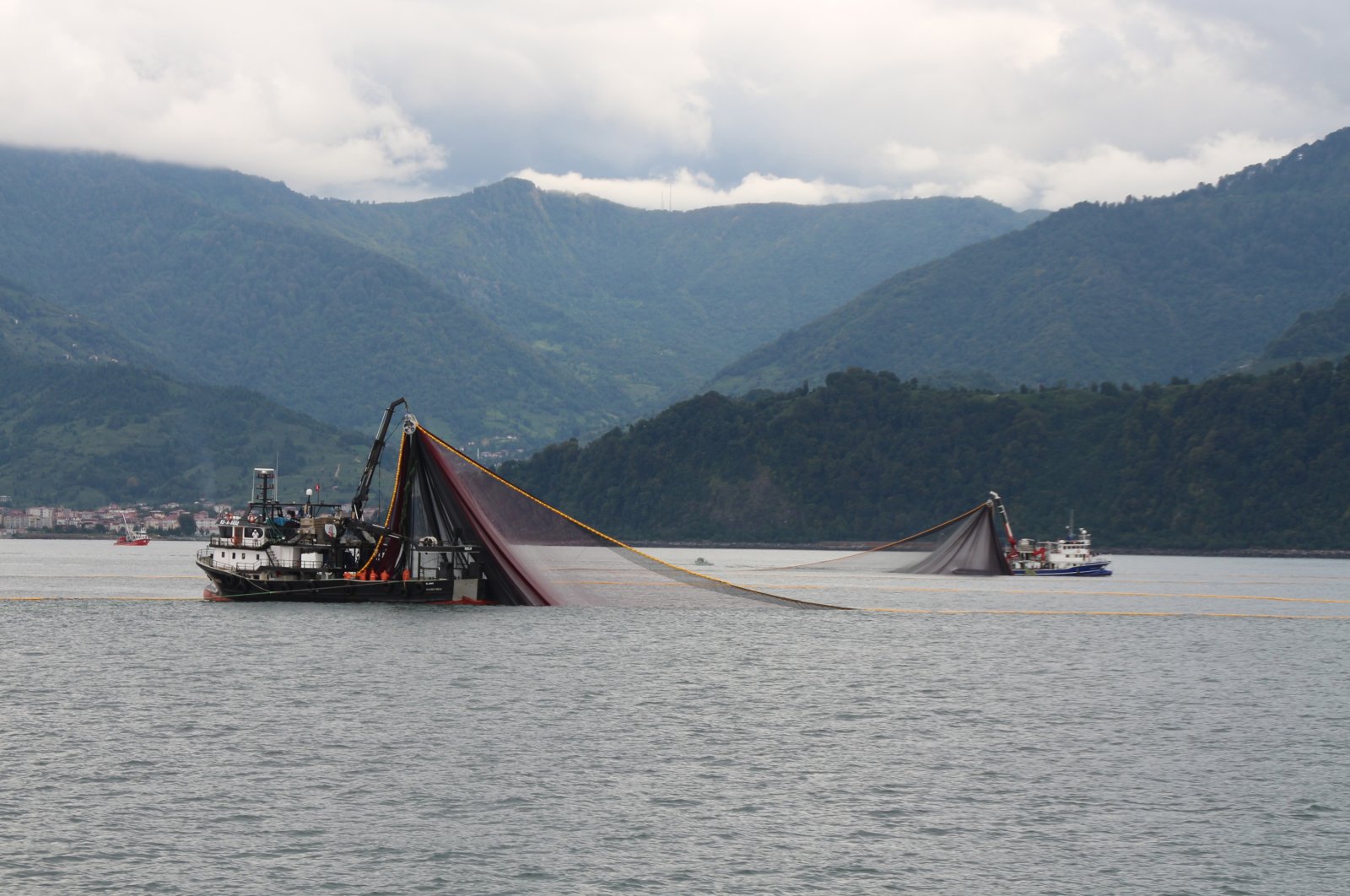 
An almost 2 degree Celsius (3.6 degree Fahrenheit) rise in seawater temperatures has alarmed scientists examining the Black Sea. At a time of escalation in landslides and floods in the Turkish region littoral to the sea, rising temperatures are blamed on the climate crisis, which spells other troubles such as drought elsewhere in Turkey.

Unprecedented downpours confined to certain areas, ensuing flash floods and landslides have been a common feature of the usually rainy Black Sea region. Climate change exacerbated weather conditions, as was evident in last week’s temperatures, which reached 32 degrees Celsius last week, far above seasonal norms. The sudden melting of the dense layer of snow accumulated over winter had caused landslides across the region as well.

For the past five decades, the average seawater temperature was 8.1 degrees Celsius in March and this sudden change will bring about new challenges, Ağırbaş warns. He told Demirören News Agency (DHA) on Monday that it would also impact biodiversity and fishing.

“Global warming expands the areas with less oxygen in seas. The Black Sea is special among other seas as it is among the most affected by climate change. It is an inland sea with an anoxic layer (caused by the absence of mixture or drainage of deep water with fresher water near the surface). A rise in seawater temperatures carries the hydrogen sulfur layer at the bottom closer to the surface. The change further reduces the areas with a high amount of oxygen,” he said. Ağırbaş noted that the cold layer between the bottom and surface was also disappearing, affecting biodiversity and fishing. “The number of fish species had decreased and this deals a blow to commercial fishing. Fishermen will either resort to practices to catch more fish in a shorter time or will seek to fish outside our territorial waters. This means more economic losses,” he warned.

Though it may appear to be specific to the Black Sea, the change may also affect the larger fishing economy, as the Black Sea accounts for about 60% of fishing activities in Turkey, according to experts. Ağırbaş points to a significant decline in stocks of hamsi, a type of Turkish anchovy heavily consumed in the country. “In the case of hamsi, we see changing ecosystem conditions and changes in the food chain as factors in declining stocks and this, in turn, is caused by climate change. Without proper ecological conditions for their survival, the fish migrated to other waters,” he stressed. Ağırbaş added that regulations may be considered to change the period of the fishing ban to address the decline in stocks.

Recep Tayyip Erdoğan University is also running a project to study the impact of carbon emissions on the Black Sea ecosystem. Although less industrialized than the western regions, the Black Sea, especially its westernmost tip, is home to large industrial hubs, prompting worries about potential pollution. That western region was among the places affected by last year’s sea snot or marine mucilage, which covered the Marmara Sea and was blamed on increasing pollution of the sea and other factors aggravated by climate change.

Turkey is already tested by climate change, which aggravates disasters like forest fires and floods. Experts also warn about rising temperatures in the already warm Aegean and Mediterranean regions. The rise in seawater temperatures also plays a role in heavier rainfalls, with the evaporation of more water.

Age Hammeken Danielsen has hunted narwhals since he...
Read more
Previous articleHow each of us can help protect biodiversity as the Prairies warm
Next article[OPINION] Why the UN’s latest stand on the right to a healthy environment is monumental