“The highest human right is the right to life.”

These are the words of Antonio Oposa Jr., the Philippines’s most renowned environmental lawyer. Recent crises such as the COVID-19 pandemic and climate change have taught us just how invaluable a healthy environment is to achieve a better life. All of our resources, technologies, and conveniences are only possible because we are part of nature.

Yet it is undeniable that instead, humankind has acted like it owns the environment for the past few centuries. This has resulted in the crises with which are now enduring, with the gravest impacts felt by the most marginalized groups every time. It goes to show that when the environment is violated, so is the right of anyone to a healthful environment.

This is what makes the adoption by the UN Human Rights Council of a resolution recognizing “the right to a clean, healthy, and sustainable environment as a human right” monumental. The resolution, passed last October, is the product of decades of lobbying and supported by more than a thousand civil society groups worldwide, a timely development in the era of the ecological crisis. Why is it monumental?

On the national level, the right to a healthy environment is already integrated into legislation of more than 100 countries. As of last year, 155 nations have established legal recognition of this human right. The adoption of the UN resolution will strengthen policy and legal instruments that uphold this right even further.

While the resolution is not legally-binding, it does not mean that it is worthless or ineffective. Such resolutions represent political influence and the formulation of a global standard that would pressure nations to include it in their local or foreign actions. It also provides a basis for countries to condemn those that conduct their affairs in ways that do not conform to it.

An example of this is the Paris Agreement, a treaty adopted in 2015 to solve the climate crisis. Some of its terms are legally binding, while others are not. Yet nearly every nation, including the Philippines, has ratified the agreement because they understand the urgency of addressing this threat. The treaty was set up such that it is up to the countries to determine their own targets and measures, while maintaining the global environment to apply political pressure on the highest-emitting nations to do better.

Similarly, the UN resolution upholds several rights. As the scope of a healthy environment encompasses the protection of elements necessary for a healthy life, a group of these rights include those to life and basic necessities; all of these are already recognized in both international and national laws. 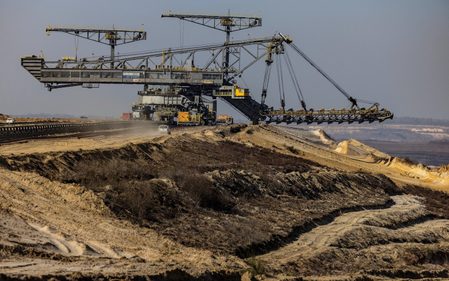 A second group of upheld rights involve procedural rights, or those that guarantee fair access to methods for settling disputes on how laws are applied. In this context, this includes the rights to be informed, participate in decision-making processes on environmental issues, and access the justice system.

Recognizing this human right as universal is one thing; enforcing the needed laws and policies to protect it is another. Without an international mechanism monitoring the application of the resolution as of now, the battleground is most crucial at national courts, which must guarantee that the State respects the right of all inhabitants within their jurisdiction to a healthy environment.

In the Philippine context, our Constitution recognizes the “right of the people to a balanced and healthful ecology in accord with the rhythm and harmony of nature.” This right has been upheld in a few cases, the most notable of which is the 1993 “Oposa vs. Factoran” case, which featured the Supreme Court ruling that every generation is responsible for preserving a healthy environment for the next.

The UN resolution also provides a new tool for concerned individuals and groups to challenge governments and corporations for not taking urgent and effective action to address environmental issues. This is somewhat similar to the findings of the Commission of Human Rights’s National Inquiry on Climate Change, released in 2019, wherein fossil fuel companies can be held liable for the losses and damages due to climate change impacts.

Along with existing judicial mechanisms, these provide key opportunities for the peoples most vulnerable to the effects of an unhealthy environment, including indigenous peoples, women, youth, and farmers. It also provides protection for environmental defenders, who are instrumental in amplifying their voices yet are under constant threat of violence. These are significant insights for the Philippines, which is not only one of the most vulnerable to the climate crisis, but also among the world’s most dangerous countries for environmental defenders. Human rights abuses have arguably never been more prevalent in the Philippines in decades. The COVID-19 pandemic has also worsened long-running issues such as wealth inequalities and poverty incidences, which create conditions that further hinder citizens to exercise their rights.

At a time of polarizing perspectives on our public institutions, it is of utmost importance for our rights to be protected and upheld in a just manner. It affects our pursuit of collective development, which should never prioritize filling the pockets of the rich over the well-being of millions of Filipinos (and billions worldwide) ever again.

Upholding our universal right to a healthy environment is a basic necessity for creating a “new normal” not forced upon us by a crisis of our own being, but rather initiated by our goal of building a more sustainable world for current and future generations. We as Filipinos must never forget that, never again. – Rappler.com

John Leo Algo is the Deputy Executive Director for Programs and Campaigns of Living Laudato Si’ Philippines, a member of the interim Secretariat of Aksyon Klima Pilipinas. He has been representing Philippine civil society in regional and global UN conferences on climate and the environment since 2017. He is a climate and environment journalist since 2016.