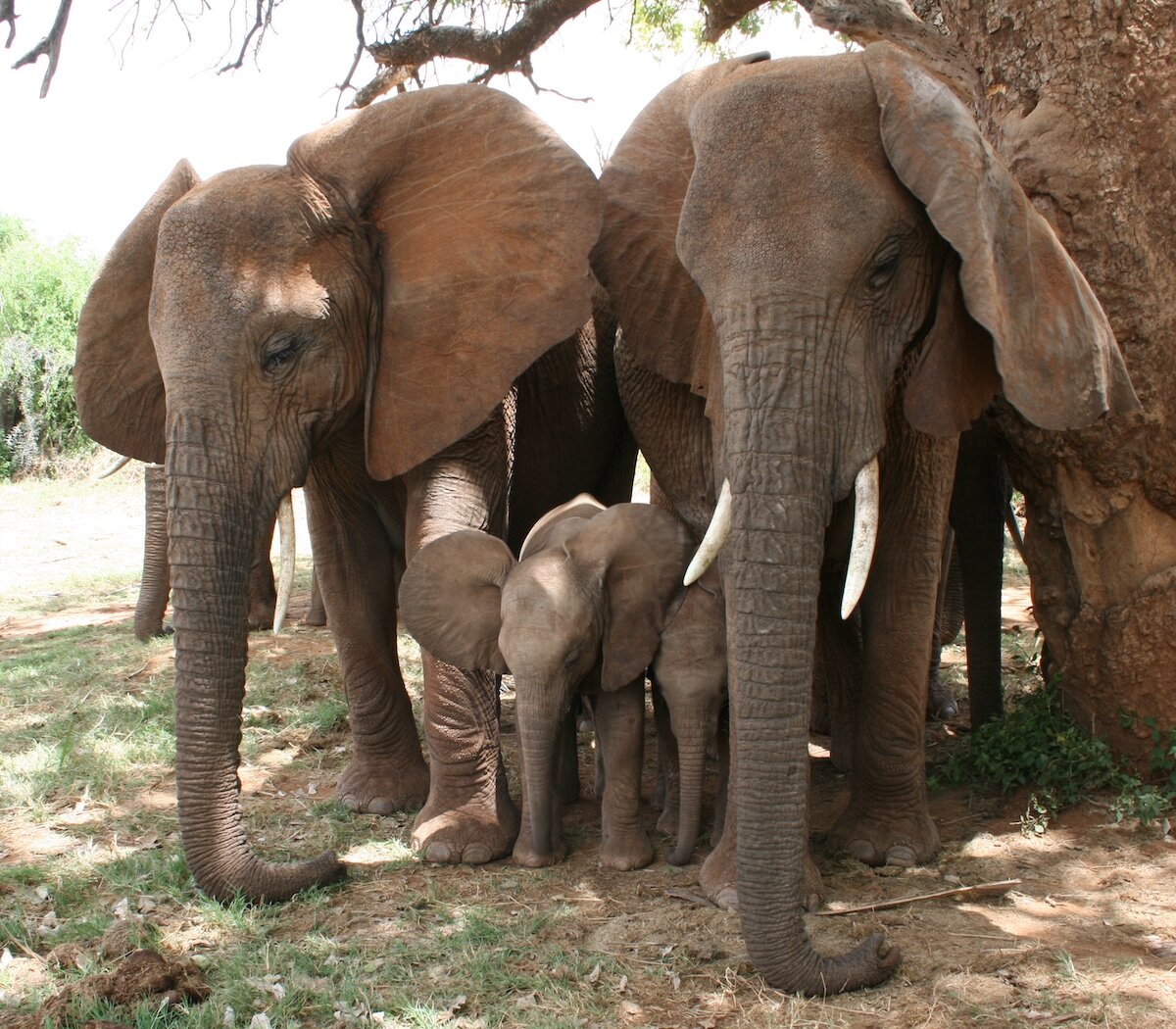 
A team of researchers from Colorado State University, the Smithsonian Conservative Biology Institute and the Save the Elephants program in Kenya reports that social support by members of elephant herds in African savanna elephants reduces stress levels of orphaned youngsters. In their paper published in the journal Communications Biology, the group describes their study of stress levels in orphaned wild elephants and their ability to rebound from a great loss.

Over the past several decades, African savanna elephants, the largest land animals in the world, have seen population declines due to increases in both poaching and drought—a situation that has led to many elephants being orphaned. Because of the long maturation process (it takes 20 years for the elephants to reach their full size), the number of orphans has increased overall. Also, elephant calves are highly dependent on their mothers for the first decade of their lives. In this new effort, the researchers studied the stress levels of orphans as they adapted to sudden changes in their care.

To learn more about orphan stress levels, the researchers followed several herds for over a year, watching carefully when they defecated. They collected the samples and tested them for glucocorticoid metabolite (GCM) levels—a relatively easy way to measure stress levels in mammals. As a control, the team collected and tested samples from 25 orphans and 12 calves raised by their mothers. Orphans included in the study were from seven to 21 years old and had lost their mothers at ages up to 19. The researchers noted that five of the orphans had left their family after being orphaned to join with another family or to form groups with other orphans—the rest stayed with their natal families.

In testing the GCM levels, the researchers were surprised to find that overall levels for the orphans were no higher than they were for the control group. But there were some individual differences. They found, for example, that those calves that had made “friends” with other calves near them in age had lower GCM levels than those that had little social support. They also found that orphaned calves living in larger groups also had lower GCM levels.

The researchers suggest that good social support can help calves who lose their mothers by reducing the amount of stress they undergo.