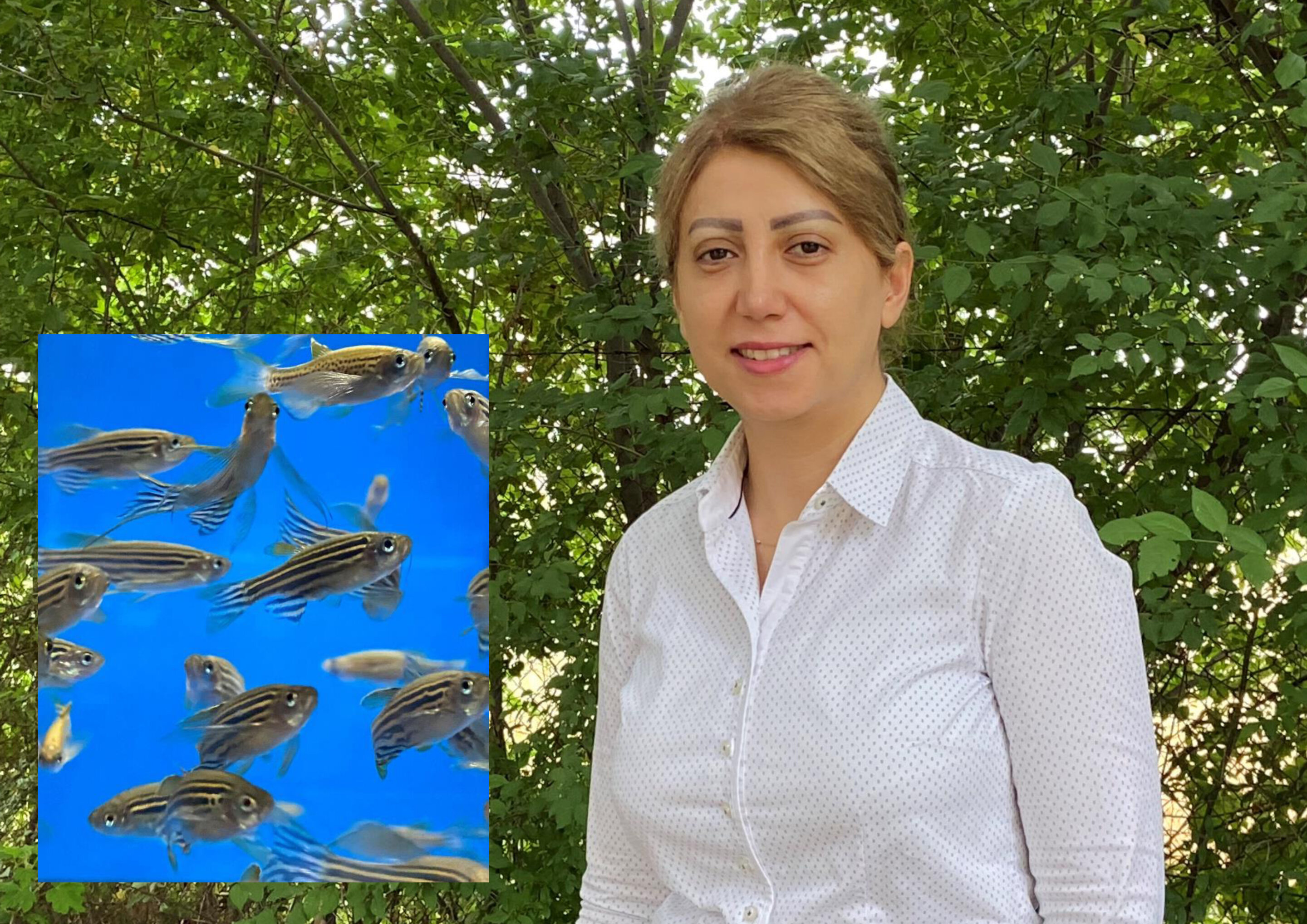 
Higher water temperatures induce specific chemical tags at targeted locations on the DNA of embryonic zebrafish. These “epigenetic” changes can then reroute genetic pathways, so that the embryos change sex. This finding, in Frontiers in Cell and Developmental Biology, is not just of fundamental scientific interest. It’s also relevant for conservation, since an influence of temperature on sex determination could be recipe for disaster for species living through rapid climatic change.

The study’s first author, Dr. Shahrbanou Hosseini, a postdoctoral researcher at the Molecular Livestock Science and Diagnostics Group of the Department of Animal Sciences at Göttingen University, says that “here we show that epigenetic modifications influence the variation in sex ratio between zebrafish families. This implies that the interaction between genotype and environment in determining sex is mediated by epigenetics.”

From high school biology, most of us are familiar with chromosomal sex determination, for example the XX/XY system of mammals. But in many species, sex is partly or completely determined by the environment. There, genes can predispose to a particular sex, but may be “overruled” by the influence of the environment, for example temperature or population density. But through which mechanisms might the environment make its mark on the genome in such species?

Here, Hosseini and colleagues show that in the zebrafish, a model species, the answers appear to be DNA methylation. They demonstrate that high temperature prompts methyl groups to be added to many of the C nucleobases (cytosines) in regulatory stretches of DNA. There, methylation typically dials down the expression of downstream genes.

In zebrafish, embryos hatch with rudimentary ovary-like gonads. But depending on the “crosstalk” between the many sex-determining genes (scattered across the chromosomes) and the environment, individuals may resorb these proto-ovaries and develop testes, thus becoming males.

For each of 17 families of zebrafish, Hossein et al. raised a single generation from fertilization to adulthood, approximately 3.5 months later. Each family consisted of approximately 200 full siblings. The water temperature was 28 °C, except that half of the embryos within each family were transiently exposed to 35 °C when five to 24 hours old—a critical time window. The sex ratio of the adults differed strongly between families, but in many families the percentage of males became between 15% and 20% higher after brief exposure to 35 °C. Effectively, the influence of higher temperature had “overruled” the genetic predisposition of some individuals, causing them to change sex into males. But which adult males were “born” male and which reversed sex can’t be determined at present.

The researchers then selected a single female-biased family and a single male-biased family for experiments. They dissected out the ovaries and testes of zebrafish from each of the two families, separately for the two treatments. They performed a technique, bisulfite sequencing (BS-Seq) on the DNA in 72 of these gonad samples, to determine the proportion of methylated cytosines across the genome. They focused on 174 selected genes whose involvement in sex determination was suspected from earlier studies. They also looked at promoter regions of genes in general, where DNA methylation is known to be important for regulating gene expression.

Hosseini et al. were able to identify 54 genes that are “hotspots” for the crosstalk between environment and genes predisposing to either sex. Here, DNA methylation prompted by higher temperatures during embryonic development can change the sex ratio, yielding male-biased broods. Many of the genes here identified have been shown elsewhere to be important for reproduction or regulating DNA methylation.

Co-author Dr. Ahmad Reza Sharifi, a scientist at the same department, says that their “results demonstrate for the first time that the existence of male-biased and female-biased zebrafish families is a consequence of between-family differences in the degree of DNA methylation of the genome.”

Co-author Prof Bertram Brenig, the director of the Institute of Veterinary Medicine at Göttingen University, concluded that their “results show that epigenetic regulatory mechanisms, such as DNA methylation, are important shaping sex in species with genotype-by-environment sex determination, like zebrafish.”

The researchers suspect that their results can be generalized to other species with a “genes-by-environment” sex determination system, for example lizards, crocodilians, and fish like Nile tilapia, Japanese flounder, European sea bass, and African catfish.

Brenig warned that “because their sex-determining system is sensitive to temperature, such species run a greater risk of becoming extinct when they produce maladaptive, strongly skewed sex ratios under the predicted global warming scenario.”

Oceans Help Us Fight Climate Change, Now We...
Read more
Previous articleCannabis Receiverships: A Viable Alternative to Bankruptcy
Next articleHow scientists know when a temperature record has been broken