Mammals were not the first to be warm-blooded 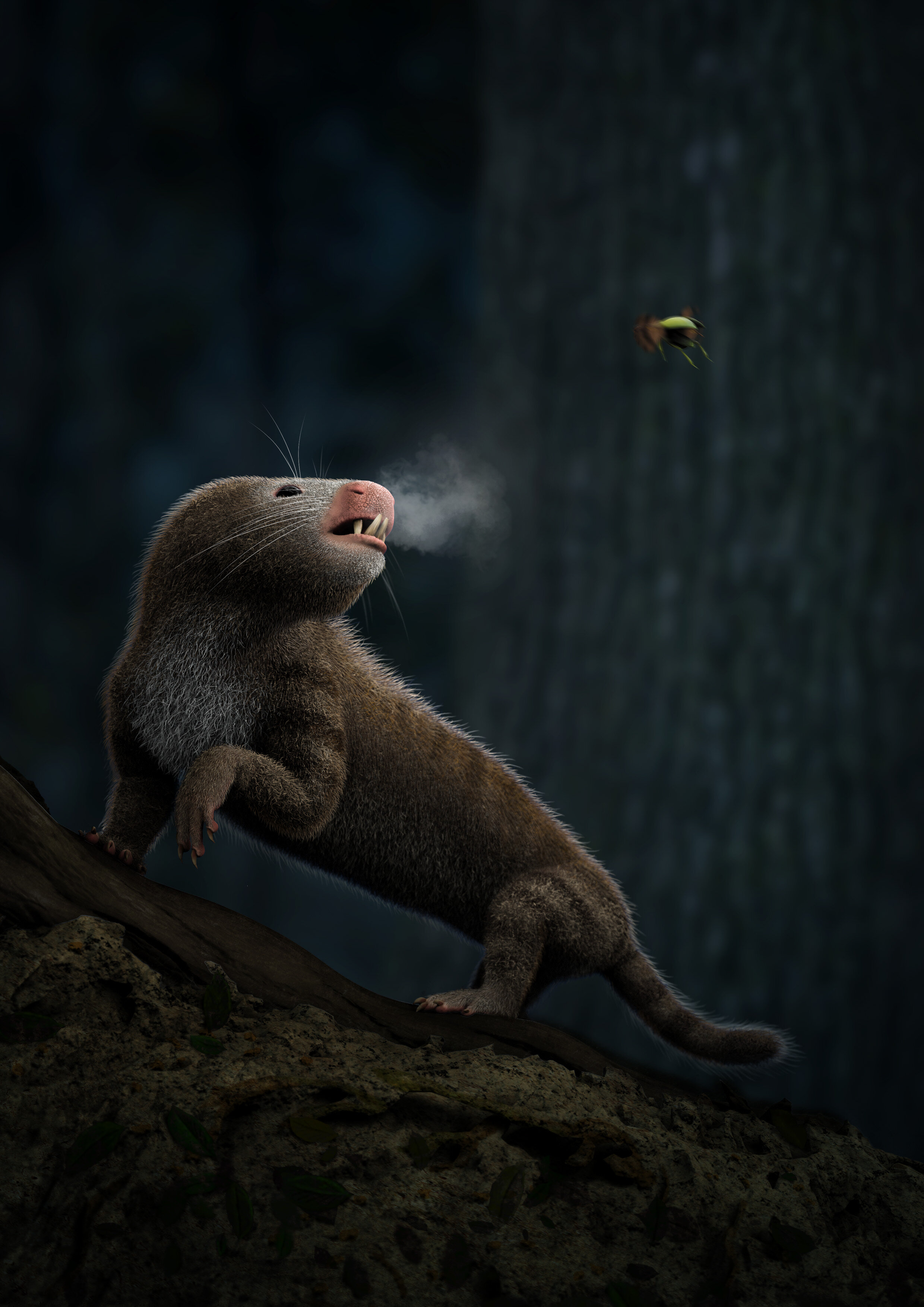 
Endothermy, or warm-bloodedness, is the ability of mammals and birds to produce their own body heat and control their body temperature.

This major difference with the cold-blooded reptiles underpins the ecological dominance of mammals in almost every ecosystem globally. Until now, it was not known exactly when endothermy originated in mammalian ancestry. A team of international scientists, including researchers from the University of the Witwatersrand (Wits University) in Johannesburg, South Africa, has found the smoking gun of this key evolutionary event in the inner ears of fossils from South Africa and around the globe.

“For the first time, we are able to trace through evolution the direct consequence of the origin of endothermy on the skeletal anatomy of our pre-mammalian ancestors,” says Dr. Julien Benoit, Senior Researcher in Paleontology at the Evolutionary Studies Institute at Wits University. “This is an exciting time for our field of study.”

The inner ear is not only the organ of hearing; it also houses the organ of balance—the semicircular canals. The three semicircular canals of the inner ear are oriented in the three dimensions of space and are filled with a fluid that flows in the canals as the head moves and activates receptors to tell the brain the exact three-dimensional position of the head and body. The viscosity, or runniness, of this fluid (called the endolymph) is of paramount importance for the balance organ to efficiently detect head rotation and aid balance.

The key intuition of the two lead authors of the discovery, Dr. Ricardo Araújo (University of Lisbon) and Dr. Romain David (Natural History Museum of Paris), was to realize that this change in the semicircular canals shape would be easy to trace through geologic time using fossils. Pinpointing the species in which this change of geometry occurred would work as an accurate guide to when endothermy evolved—the smoking gun identifying when mammalian ancestors transitioned from cold-blooded to warm-blooded.

“Until now, semicircular canals were generally used to predict locomotion of fossil organisms. However, by carefully looking at their biomechanics, we figured that we could also use them to infer body temperatures. This is because, like honey, the fluid contained inside semicircular canals gets less viscous when temperature increases, impacting function. Hence, during the transition to endothermy, morphological adaptations were required to keep optimal performances, and we could track them in mammal ancestors,” says Dr. Romain David, Post-Doctoral Researcher at the Natural History Museum and Lead Author on the paper.

The contribution of Karoo fossils

The team found that the inner ear canals’ geometry adapted to a relatively abrupt change in endolymph viscosity some 233 million years ago, indicating that the overall body temperature of mammal ancestors became warmer at this time.

Fossils from the South African Karoo played a key role in this discovery, in part because of the wealth of fossils of mammal ancestors that the Karoo-aged rocks have produced in more than a hundred years of study.

South African fossils offer an unbroken record of the evolution of life during an interval of almost 100 million years, documenting the transformation from reptilian-like animals (the therapsids) to mammals in exquisite detail. In addition, because the Karoo was situated closer to the South Pole at that time as a result of continental drift, the warmer body temperature suggested by the geometry of the inner ear cannot be due to an overall warmer climate.

“As the South African climate was colder on average, the change in inner ear fluid viscosity can only have been caused by a generally warmer body temperature in mammalian ancestors,” says Benoit.

Using cutting edge CT-scanning techniques and 3D modeling, the researchers were able to reconstruct the inner ear of dozens of mammalian ancestors from the South African Karoo and elsewhere in the world, and managed to point out exactly which species had an inner ear anatomy consistent with a warmer body temperature, and which ones did not.

A change of paradigm

Until now the general expectation was that endothermy arose very close to the Permo-Triassic boundary, about 252 million years ago, or perhaps closer to the origin of mammals 200 million years ago. The new results suggest that endothermy appeared in mammalian ancestors some 233 million years ago. This new date is consistent with the recent findings that many of the traits usually associated with “mammalness,” such as whiskers and fur, also evolved earlier than previously expected. More importantly, the results support that the evolutionary transition to warm-bloodedness was unexpectedly fast.

“Contrary to current scientific thinking, our paper surprisingly demonstrates that the acquisition of endothermy seems to have occurred very quickly in geological terms, in less than a million years,” says Dr. Ricardo Araújo, Junior Researcher at Instituto de Plasmas e Fusão Nuclear, Instituto Superior Técnico, University of Lisbon and Lead Author on the paper. “It was not a gradual, slow process over tens of millions of years as previously thought, but maybe was attained quickly when triggered by novel mammal-like metabolic pathways and origin of fur.”

“The origin of mammalian endothermy is one of the great unsolved mysteries of paleontology,” says Dr. Kenneth D. Angielczyk, MacArthur Curator of Paleomammalogy at Field Museum of Natural History, U.S. and senior author on the paper.

“Many different approaches have been used to try to predict when it first evolved, but they have often given vague or conflicting results. We think our method shows real promise because it has been validated using a very large number of modern species, and it suggests that endothermy evolved at a time when many other features of the mammalian body plan were also falling into place.”

"We are very pleased to have obtained this...
Read more
Previous articleLegalization of Cannabis Widening Acceptance for CBD Skincare Products Globally
Next articleCannabis Receiverships: A Viable Alternative to Bankruptcy