Rebound for bird on brink of extinction 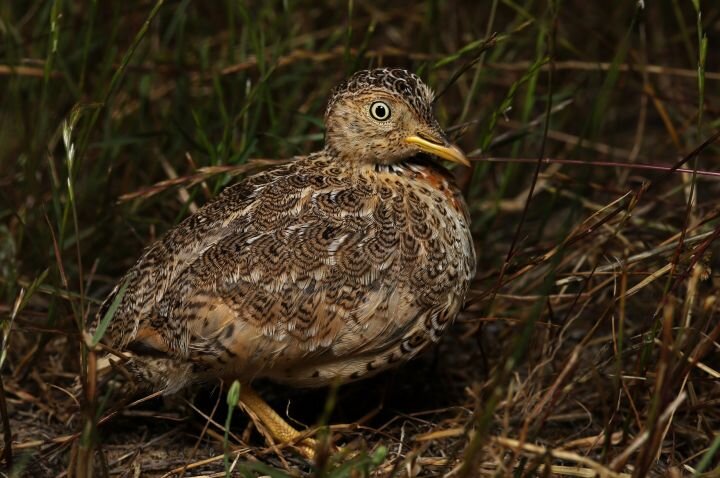 
A recent survey in northern Victoria uncovered a record number of plains wanderers—small, quail-like birds that live only in eastern Australia grasslands, and represent an ancient lineage of birds that evolved in Gondwana more than 100 million years ago.

The bird is so critically endangered and taxonomically unique it is ranked the No. 1 priority for conservation action among birds of the world by the Zoological Society of London.

“We detected 60 adults and 41 chicks. This is more than double the previous best result in 2018 when 30 adults and 17 chicks were detected,” Nugent said.

“A further encouraging sign was that 85% of monitoring sites supported plains wanderers—the highest percentage of sites since surveys began 12 years ago.”

The survey was undertaken by La Trobe University in partnership with North Central Catchment Management Authority (CMA), as part of a report for Department of Environment Land and Water and Planning (DELWP).

Since 2010, ecologists have monitored plains wanderer numbers in native grasslands across private and public land on the Northern Plains of Victoria.

Project Manager at North Central CMA, Laura Chant said, as well as improvement in technology and survey methods over the years, the record numbers are likely the result of both human and non-human intervention.

“The La Nina climate cycle facilitated a wide-spread and prolonged breeding event, which is likely to have boosted their numbers,” Chant said.

“Also, it’s highly likely the habitat management and protection measures we, and several partner organizations, have taken over many years to protect this incredible bird are proving to be highly effective—including conservation covenants and strategic grazing of conservation reserves.”

“Plains wanderers are highly cryptic; they are almost never seen during the day when most active because of their excellent camouflage and wariness of predators, making detectability a major challenge for researchers,” said Dr. Grinter.

Mr. Nugent said although the survey results are welcomed by conservationists, there remains significant concerns for the future of plains wanderers.

“With so little habitat remaining, the population will continue to be vulnerable; fox predation may also be a threatening process but remains a knowledge gap.”

About the plains wanderer

The plains wanderer is the sole member of its taxonomic family—Pedionomidae—and is listed as Critically Endangered under the IUCN Red List, and under both the Commonwealth and Victorian governments. Based on its taxonomic distinctiveness and high risk of extinction, the species is ranked the number one priority for conservation action among birds of the world by the Zoological Society of London.