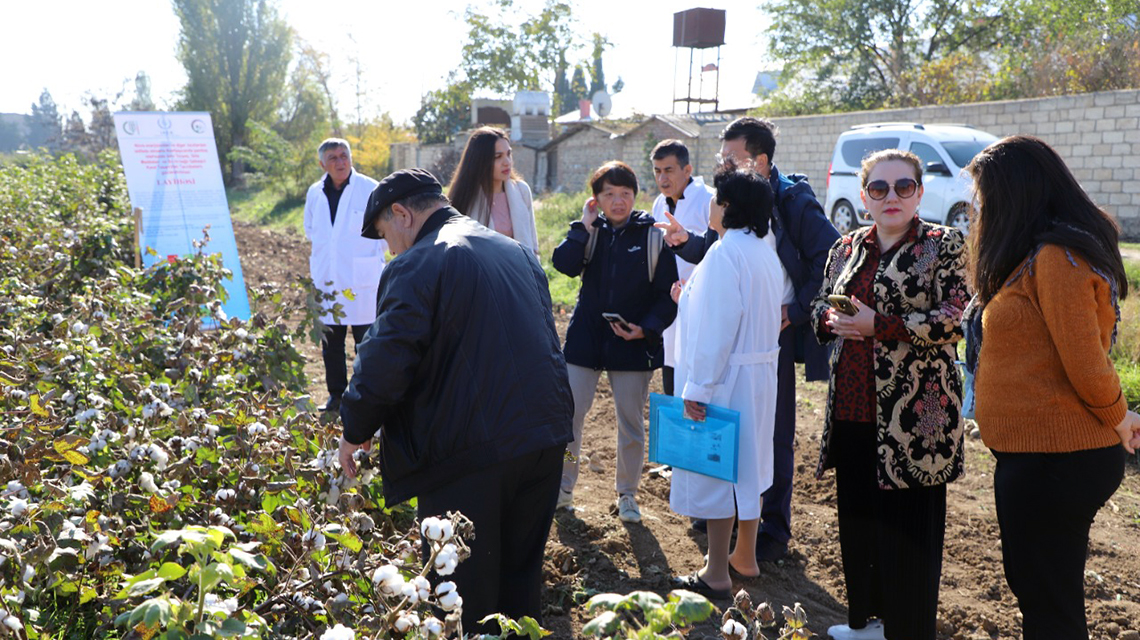 
The impacts of climate change, although universal, are not felt equally by all. The livelihoods of people, particularly women, in rural areas in developing countries are more dependent on natural resources, small-scale farming and fishing, all of which are disproportionally threatened by climate change. Evidence increasingly shows that women are more likely to be in vulnerable situations worsened by the effects of climate change. At the same time, however, women are also vital change makers for climate action and are already leading initiatives to address the climate crisis in many parts of the world.

This year’s International Women’s Day, 8 March, recognizes the contribution of women and girls around the world, who lead the charge on climate crisis adaptation, mitigation, and response to build a more sustainable future for all.

Using nuclear science to help local communities build resilience against climate change was the focus of an IAEA event, entitled “Climate Change and Gender Equality: IAEA’s Role in #Atoms4Climate”, which took place on 2 March. Three IAEA experts took the viewers on a scientific journey from water droplets through climate-smart agriculture to preserving the ocean.

The discussion took place against the backdrop of the latest report of the UN’s Intergovernmental Panel on Climate Change (IPCC), released on 28 February, which notes that “any further delay in concerted anticipatory global action on adaptation and mitigation will miss a brief and rapidly closing window of opportunity to secure a liveable and sustainable future for all.” Adaptation and resilience will also be the focus of the next UN Climate Change Conference, COP27, to be held in Egypt, in Sharm el-Sheikh, in November 2022.

“Isotopes allow us to track water molecules and understand how climate change is impacting water systems and assess the security and sustainability of ground water resources,” explained Jodie Miller, an earth scientist and Head of the Isotope Hydrology Section. “These techniques are particularly relevant to support the livelihoods of farmers, climate migrants and displaced populations, a significant portion of which are women.”

Lee Kheng Heng, a soil scientist and Head of the Soil and Water Management and Crop Nutrition Section at the Joint FAO/IAEA Centre of Nuclear Techniques in Food and Agriculture, highlighted how in several regions of the world women are often responsible for the laborious, time-consuming task of carrying the water for household use as well as for irrigation. Agriculture consumes around 70% of global fresh water use. “By saving some of this water, climate-smart agriculture will help increase communities’ resilience against changes in water availability and reduce the time and hard work women spend fetching water,”  she said. Heng spoke of the IAEA’s work in rural Sudan, where women farmers were empowered to move out of poverty by helping women optimize small-scale farming and determine when and how much water and fertilizer can be applied through the use of nuclear and isotopic techniques.

The panel also addressed the effects of climate change on the ocean, which absorbs carbon dioxide (CO2) and is key for regulating its concentration in the atmosphere. Because people are burning fossil fuels and creating CO2 faster than in the past, the pH level of the sea water is being altered and its acidity increased. “This process, known as ocean acidification, has profound negative consequences across the entire oceanic food chain and ecosystems,” stressed Ashley Bantelman, a biologist and Associate Project Officer at the IAEA’s Marine Environment Laboratories. She explained how, using radioactive tracer techniques, IAEA scientists measure the impacts of ocean acidification on different marine organisms on which livelihoods depend.  She noted that while fisheries and aquaculture are often considered male-dominated sectors, when adding up the processing and trading linked to these activities, women make up around 50 per cent of the workforce.

The IAEA experts also underlined the importance of diversity and of further advancing the representation of women engaged in sciences, including nuclear science. It was agreed that this is key to ensuring that women can participate on equal footing in discussions and decisions related to issues of global importance, such as climate change. They highlighted how IAEA women scientists play an important role in addressing climate change and showing young women and girls around the world that there are viable career pathways in science, technology, engineering, and mathematics (STEM).

The event took place as part of a Vienna-based UN Organizations’ series exploring the nexus between the climate crisis, gender equality and their respective mandates. The IAEA will continue highlighting the role of nuclear science and technology in climate change adaptation at COP27 and at other events over the course of the year.