How floods affect wildlife, and how you can help them 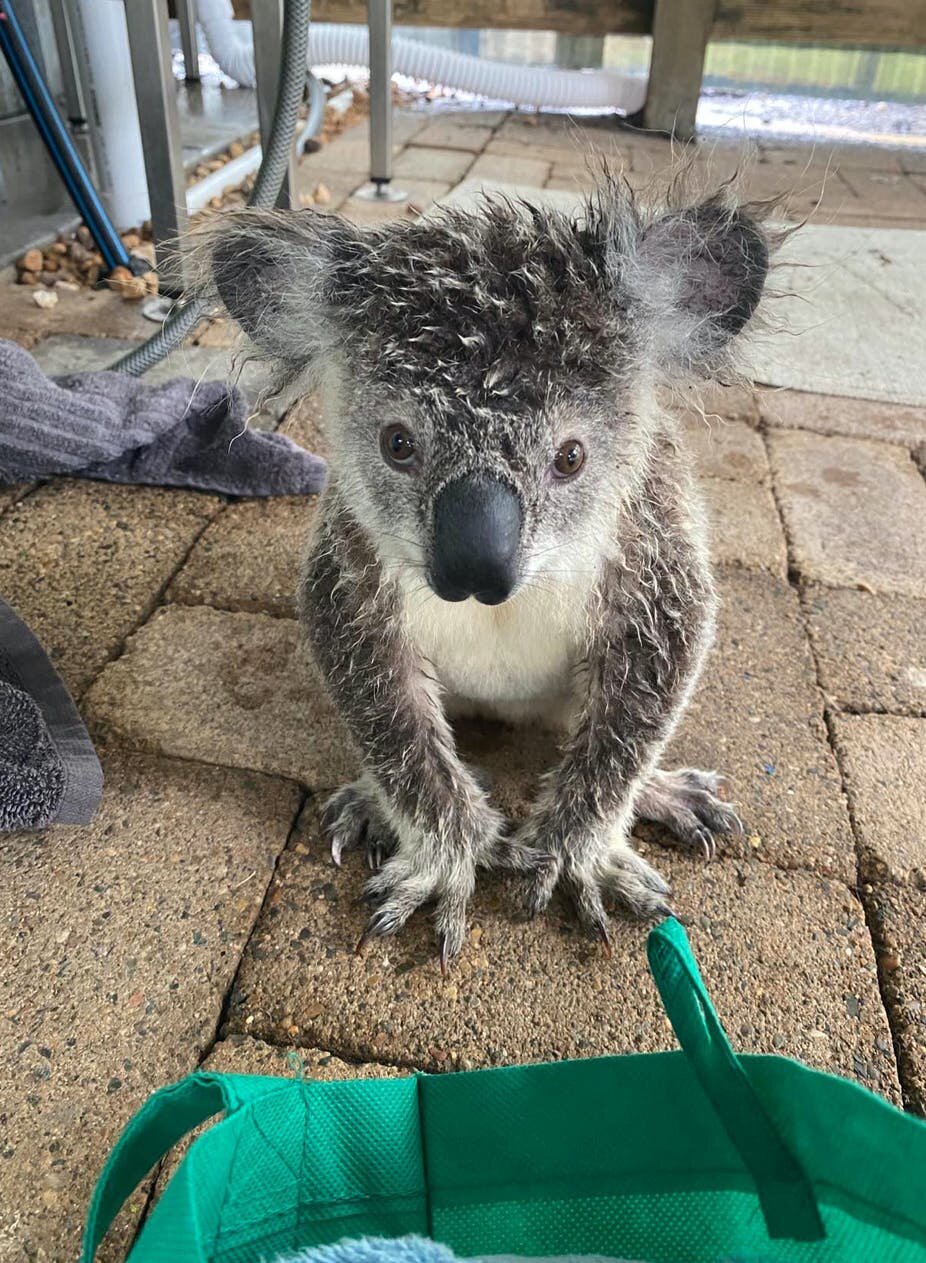 
For over two decades, bull sharks have called a Brisbane golf course home after, it’s believed, a flood washed them into the course’s lake in 1996. Now, after severe floods connected their landlocked home back to the river system, these sharks have gone missing, perhaps attempting to seek larger water bodies.

This bizarre tale is one of many accounts illustrating how Australia’s wildlife respond to flooding. But the sad reality is many don’t survive. Those that do may find their homes destroyed or, like those bull sharks and others, find themselves displaced far from their original homes or suitable habitat.

The RSPCA and other wildlife care organizations have received hundreds of calls to help rescue and care for stranded animals. But the true toll on wildlife will remain unknown, in part because we know surprisingly little about the impacts of floods on wildlife.

Still, as many animals have amazing abilities to survive fire, so too do many possess the means to survive or even profit from floods. After all, Australia’s wildlife has evolved over millions of years to survive in this land of extremes.

How wildlife responds to floods

ONLY IN QUEENSLAND: This woman found an Eel in a Logan street- gave it a kiss- and let it go!! @9NewsQueensland @9NewsAUS pic.twitter.com/xu8Dwg2Xoa

Land-dwelling animals typically don’t fare as well in floods. Some may be able to detect imminent inundation and head for higher, drier ground. Others simply don’t have the ability or opportunity to take evasive action in time. This can include animals with dependent young in burrows, such as wombats, platypus and echidnas.

The extent to which flooding affects animals will depend on their ability to sense what’s coming and how they’re able to respond. Unlike humans who must learn to swim, most animals are born with the ability.

Echidnas, for example, have been known to cover large areas of open water, but fast flowing, powerful floods pose a very different proposition.

Animals that can fly—such as many insects, bats and birds—may be able to escape. But their success will also partly depend on the scale and severity of weather systems causing floods.

Many birds, for example, couldn’t get away from the heavy rain and seek shelter, ending up waterlogged. If birds are exhausted and can’t fly, they may suffer from exposure and also be more vulnerable to predators, such as feral cats and foxes.

During floods, age old predator-prey relationships, forged through evolution, can break down. Animals are more focused on self preservation, rather than their next meal. This can result in strange, ceasefire congregations.

For example, a venomous eastern brown snake was filmed being an unintentional life raft for frogs and mice. Likewise, many snakes, lizards and frogs are expert climbers, and will seek safety in trees—with or without company.

Some spiders have ingenious ways of finding safety, including spinning balloon-like webs to initiate wind-driven lift-off: destination dry land. This is what happened when Victoria’s Gippsland region flooded last year.

One of the challenges of extreme events is it can make food hard to find. Some animals—including microbats, pygmy possums, and many reptiles—may reduce their energy requirements by essentially going to “sleep” for extended periods, commonly referred to as torpor. This includes echidnas and Antechinus (insect-eating marsupials), in response to bushfire.

Might they do the same during floods? We really don’t know, and it largely depends on an animal’s physiology. In general, invertebrates, frogs, fish and reptiles are far better at dealing with reduced access to food than birds and mammals.

What happens when floods recede?

Flooding may provide a bounty for some species. Some predators such as cats, foxes, and birds of prey, may have access to exhausted prey with fewer places to hide. These same predators may scavenge the windfall of dead animals.

Fish, waterbirds, turtles and other aquatic or semi-aquatic life may benefit from an influx of nutrients, increasing foraging opportunities and even stimulating breeding events.

Other wildlife may face harsher realities. Some may become trapped far from their homes. Those that attempt to return home will have to run the gauntlet of different habitats, roads, cats, dogs and foxes, and other threats.

Even if they make it home, will their habitats be the same or destroyed? Fast and large volumes of water can destroy vegetation and other habitat structures (soils, rock piles) in minutes, but they may take many years or decades to return, if ever.

Floodwaters can also carry extremely high levels of pollution, leading to further tragic events such as fish kills and the poisoning of animals throughout food chains.

How can you help?

Seeing wildlife in distress is confronting, and many of us may feel compelled to want to rescue animals in floodwaters. However, great caution is required.

Wading into floodwaters can put yourself at significant risk. Currents can be swift. Water can carry submerged and dangerous obstacles, as well as chemicals, sewage and pathogens. And distressed animals may panic when approached, putting them and yourself at further risk.

For example, adult male eastern gray kangaroos regularly exceed 70 kilograms with long, razor sharp claws and toe nails, and powerful arms and legs. They’ve been known to deftly use these tools to drown hostile farm dogs in dams and other water bodies.

So unless you’re a trained wildlife expert or animal carer, we don’t recommend you try to save animals yourself. There is more advice online, such as here and here.

If you’d like to support the care and recovery of wildlife following the floods, a number of organizations are taking donations, including WWF Australia, WIRES and the RSPCA.

The devastation of the Qld and NSW floods is not yet known. Many animals will tragically be unable to escape floodwaters, others are in urgent need of rescue and care. If you can, follow this link to support wildlife in need during this crisis: https://t.co/eEcC8XG7sU pic.twitter.com/kLROUNXv7v

What does the future hold?

While many Australian wildlife species are well adapted to dealing with periodic natural disasters, including floods, we and wildlife will face even more intense events in the future under climate change. Cutting greenhouse gas emissions can lessen this impact.

For common, widespread species such as kangaroos, the loss of individuals to infrequent, albeit severe, events is tragic but overall doesn’t pose a great problem. But if floods, fires and other extreme events become more regular, we could see some populations or species at increased risk of local or even total extinction.

This highlights how Earth’s two existential crises—climate change and biodiversity loss—are inextricably linked. We must combat them swiftly and substantially, together, if we’re to avoid a bleak future.