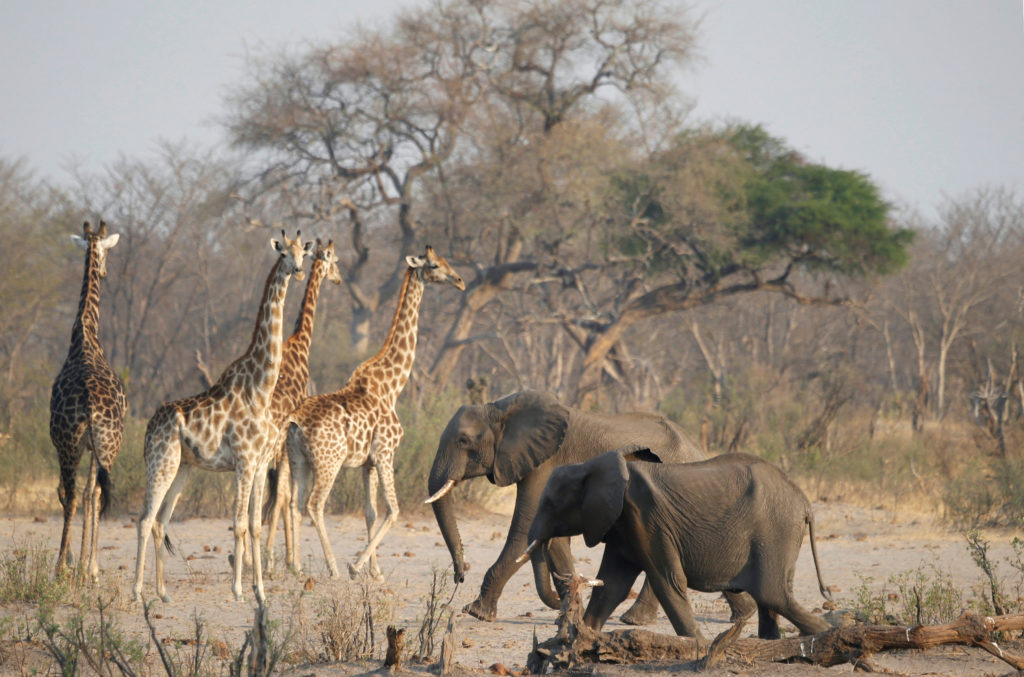 
MOMBASA, Kenya (AP) — Devastating floods in South Africa this week, as well as other extreme weather events across the continent linked to human-caused climate change, are putting marine and terrestrial wildlife species at risk, according to biodiversity experts.

Africa has already faced several climate-related woes in the past year: the ongoing fatal floods follow unrelenting cyclones in the south, extreme temperatures in western and northern regions, and a debilitating drought which is currently afflicting eastern, central and the Horn of Africa.

“Climate change is disrupting ecosystems and affecting the survival and suitability of species to live in their usual habitats,” said Shyla Raghav, who heads the climate change division at Conservation International. “Massive disruption to ecological stability will occur if adequate adaptation and mitigation measures are not implemented. There is need to incorporate climate proofing of our protected areas. That way we boost nature’s ability for resilience.”

“Climate change causes seasonal variability in rainfall, temperature and food for birds. As such breeding aborts and bird populations automatically reduce over time,” Matiku said. “Wetland birds are affected by reducing water levels due to droughts. The Sahara Desert gets hotter, and some migratory birds die along their migratory routes due to high temperatures and dehydration.” He added that some birds are so weak from taxing migratory journeys that they are no longer breeding.

Ecosystems that thrive along Africa’s popular white sandy beaches are also particularly vulnerable, according to Ibidun Adelekan, a geography professor at the University of Ibadan in Nigeria. Africa’s coasts are at risk of coral reef ecosystem collapse due to bleaching, potential saltwater intrusion on freshwater aquifers, and more intense tropical cyclones.

Adelekan warned that greater damage to Africa’s coastal biodiversity will also have considerable consequences for populations in towns and cities along its shores. “Persistent deprivation of terrestrial and marine ecosystems by human actions is leading to increased vulnerability of coastal and island communities to climate impacts,” she told the Associated Press.

Her concerns are echoed by the Intergovernmental Panel on Climate Change, who earlier this year cautioned that African coasts with “high proportion of informal settlements and small island states are exposed and highly vulnerable to climate change.”

But scientists are hopeful that improved coastal management of marine protected areas and better restrictions on the fishing industry will curb impacts on marine biodiversity.

“Our research indicates that the future of coral reefs will be much better if fisheries restrictions and protected areas are applied effectively throughout the region,” said Tim McClanahan, a senior conservation zoologist at the Wildlife Conservation Society, who studied over 100 locations in the western Indian Ocean.

“While climate change may be outside of local control, the bad outcomes will be reduced if fisheries manage to reduce detrimental impacts on the coral reefs.”

"We are very pleased to have obtained this...
Read more
Previous articleClimate change linked to fewer bugs, study finds
Next articleIs insulation the climate solution our buildings need?