Egyptian fruit bat found to use echolocation during daylight hours 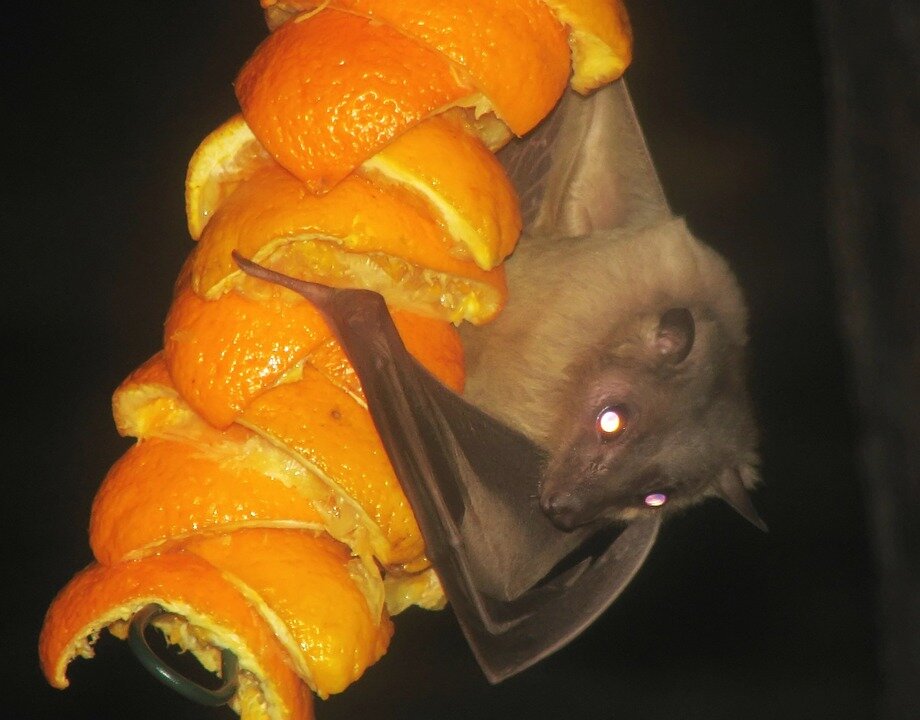 
A team of researchers at Tel Aviv University has found that Egyptian fruit bats use echolocation during daylight hours even though they have good eyesight. In their paper published in the journal Current Biology, the group describes their study of the bats and suggests explanations for their odd behavior.

Most bats are nocturnal. Prior research has suggested this helps them to avoid predators. To find and catch food themselves, and to avoid running into things in the dark, most bats have developed echolocation, sending out short bursts of sound and detecting their bounces. Bats that are active during the day are rare; just 10 out of 1,400 species are diurnal. Those that are active during the day use echolocation during low light, such as at dawn or dusk. In this new effort, the researchers found a picture of an Egyptian fruit bat that appeared to be using echolocation during daylight hours. To find out if that was possible, they set up equipment near an urban colony—the bats were roosting in the ceiling of an underground parking garage.

The researchers used cameras and acoustic recording equipment to record the bats as they left the roost and became active. In all, they recorded the activity of approximately 500 bats in flight. They found that 70% of the bats began using echolocation as they emerged from their roost. They then moved their gear to capture the bats as they approached targets such as trees for landing, or water sources for drinking. They found that 100% of the bats began using echolocation, seemingly in conjunction with their vision as a way to gauge distance to a target. And as they grew closer to a target, the clicking they used to echolocate increased, seemingly to ensure a smooth landing. They found that some of the bats were even echolocating while carrying food in their mouths, which should have proven difficult, as the bats make their echolocation sounds with their tongues. They also found that the bats tended to cease echolocating when soaring high above the ground. The researchers suggest that the bats use both their vision and echolocation to fine-tune their assessment of the distance of objects.

What did the katydids do when picking up bat sounds?

Oceans Help Us Fight Climate Change, Now We...
Read more
Previous articleUncovering the spread of coffee leaf rust disease
Next article‘We’re running out of time’: Dan Saladino on why the loss of diversity in our foods matters | Biodiversity