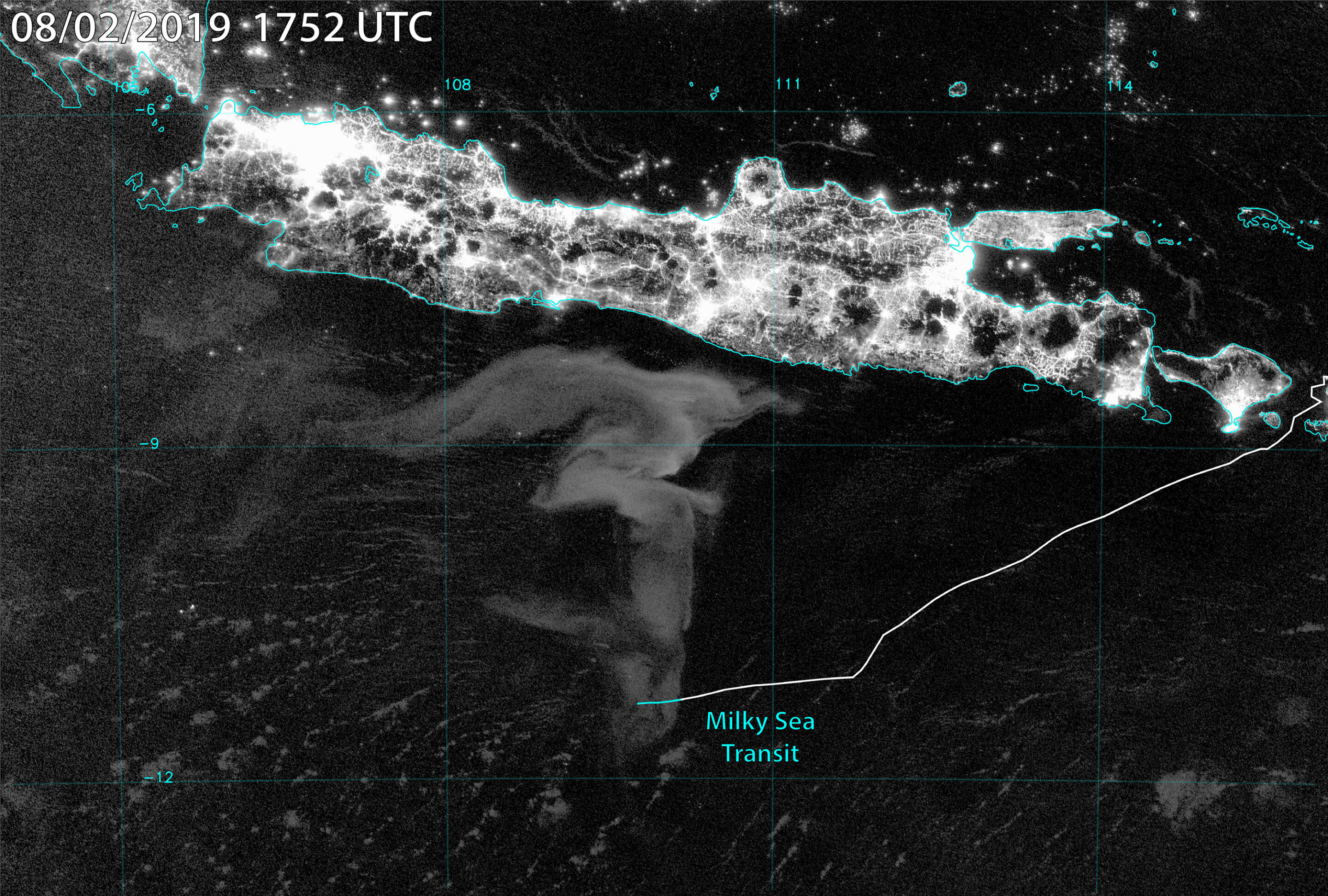 
An atmospheric scientist with Colorado State University has gained confirmation of his discovery of a bioluminescent “milky sea” event through testimony of a crew aboard a private yacht. In his paper published in Proceedings of the National Academy of Sciences, Steven Miller describes how he discovered the event while studying satellite images and then gained confirmation from a crew aboard a yacht that happened to be sailing through the area.

Prior incidents have suggested that large bioluminescent events sometimes occur in parts of the ocean, but such events are rare and there is little photographic evidence of them. One of the more notorious was Charles Darwin and crew sailing over such an event just below the tip of South America. Ocean scientists believe they are created by millions of tiny bioluminescent creatures all glowing together. Only one test has been confirmed, a research vessel sailing through such an event collected water samples and found them filled with glowing bacteria.

In his work, Miller and various colleagues pored over old sailor logs looking for descriptions of bioluminescent events and found a lot of them, most describing them as traveling through a milky sea. He noted that the events were seen most commonly in the Indian Ocean and the waters around Java. Miller also studied satellite images looking for such events and found many suspects.

One in particular caught his eye—a cloudy looking patch of sea just south of Java in 2019. He contacted marine officials in the area looking for possible witnesses. In so doing, he discovered that the crew of Ganesha, a private yacht, had sailed in the area and had documented what they saw. They described the sea as glowing at night, from below the surface, with a description of it appearing as if sailing on snow. Miller was able to track down several of the crew members and interviewed them regarding the event to obtain more details.

Miller suggests that corelating a suspected find on satellite imagery with a first-hand eyewitness account allows for further investigation using new methods to study satellite images with more assurance of what has been found. And that could lead to a better understanding of the events and why they occur.

Unraveling mysteries of the ocean from space