Climate Change Plays Role in the Distribution of Holoparasitic Plants 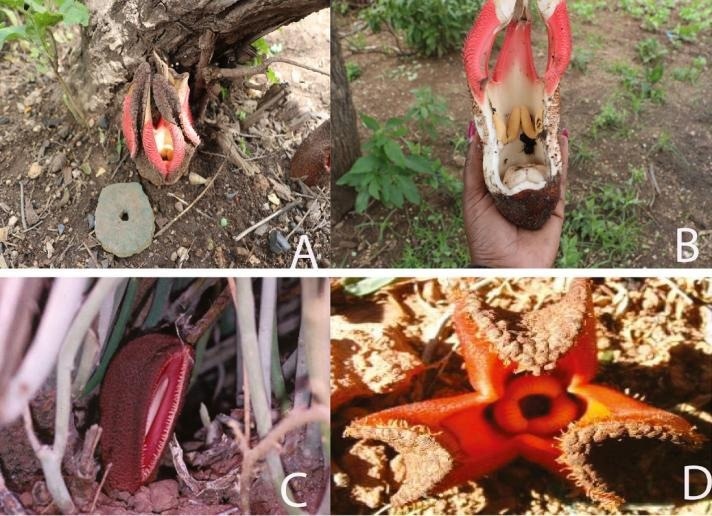 
Across the globe, climate change is forecasted to impact ecosystems and species, compelling species to either shift or adapt their range.

Predicting the impact of climate change is essential to the establishment of efficient conservation and management plans to maintain the present biodiversity and avoid extensive extinction.

They could be used as medicine to treat a range of diseases and, as part of the world flora, they also play a significant role in ecological functions. But no comparative study has analyzed the possible effects of global climate change on the distribution of holoparasitic plants concerning their obligate host.

To analyze the current and the future potential impacts of climate change on Hydnora species, scientists from the Wuhan Botanical Garden of the Chinese Academy of Sciences simulated the possible distribution and range changes for H. africana and H. abyssinica for the present baseline period and the future (2050 and 2070) under two representative concentration pathway scenarios (RCP4.5 and RCP8.5).

The future habitat projection disclosed smaller and some favorable climatic zones for the two Hydnora species with changing degrees of condensation: a 41–64% contraction for H. abyssinica and a 12% to 28% contraction for H. africana. The more locally and less broadly confined distribution of H. africana was calculated to experience less severe changes in future scenarios.

Although climate change impacts the host and the parasites, the parasites experience a crucial threat of extinction due to their host plant reliance. Excluding Euphorbia gregaria, Vachelia Karroo, V. xanthophloea, the distribution of the host plants may be less impacted in the future scenario. The host species and the respective parasitic species’ future distribution will only tend to overlap in a partial manner.

This study could act as a basis for future endeavors to disclose more regarding the environmental and ecological needs of such special plants. For the Hydnora species, public awareness and conservation efforts are crucial.

The study was financially supported by the Hubei Provincial Key Research and Development Program and the Sino-Africa Join Research Center of CAS.