With dwindling water supplies, the timing of rainfall matters 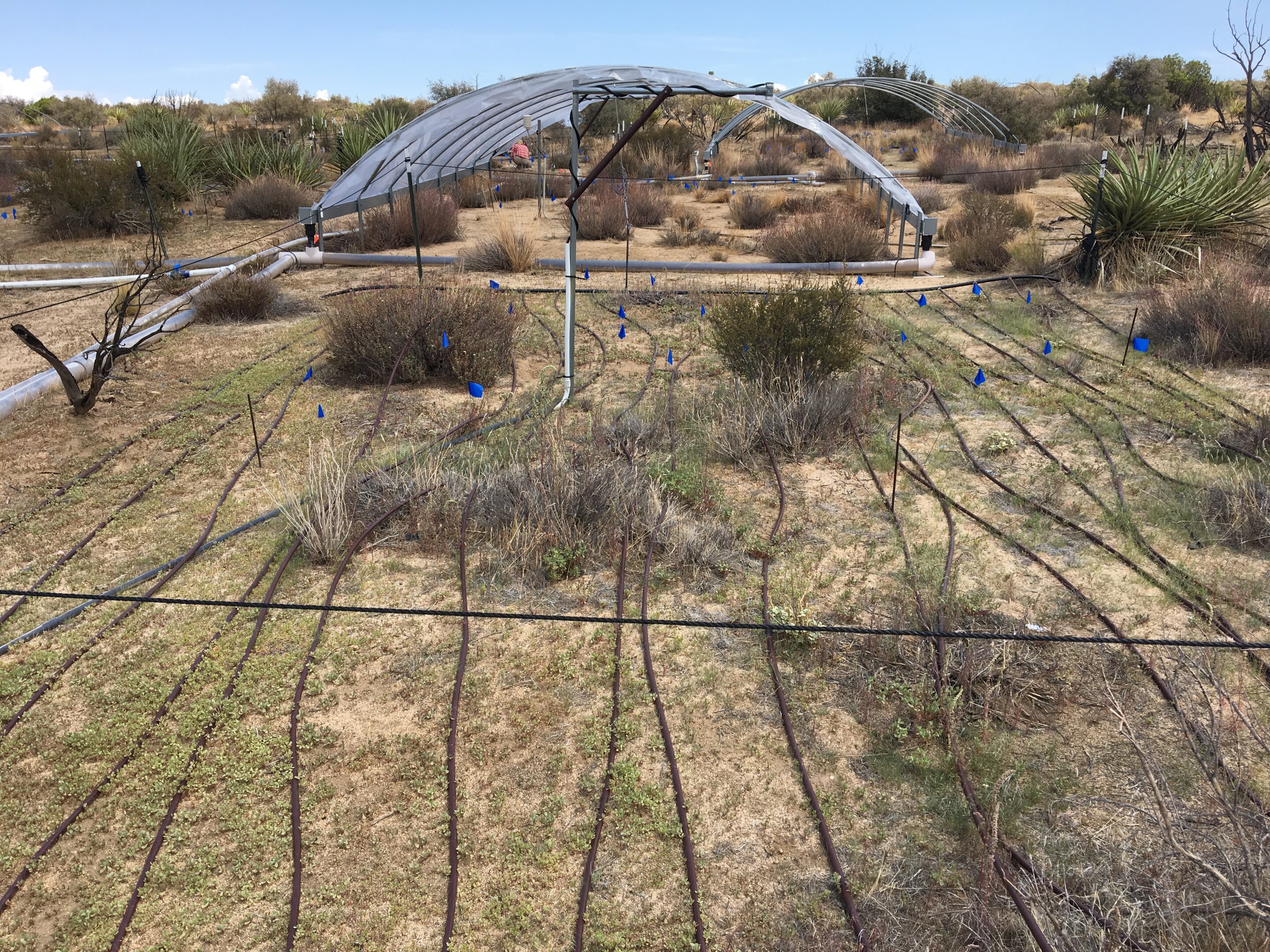 
A new UC Riverside study shows it’s not how much extra water you give your plants, but when you give it that counts.

This is especially true near Palm Springs, where the research team created artificial rainfall to examine the effects on plants over the course of two years. This region has both winter and summer growing seasons, both of which are increasingly impacted by drought and, occasionally, extreme rain events.

Normally, some desert wildflowers and grasses begin growing in December, and are dead by June. A second community of plants sprouts in July and flowers in August. These include the wildflowers that make for an extremely popular tourist attraction in “super bloom” years.

“We wanted to understand whether one season is more sensitive to climate change than another,” said Marko Spasojevic, UCR plant ecologist and lead study author. “If we see an increase or decrease in summer rains, or winter rains, how does that affect the ecosystem?”

The team observed that in summer, plants grow more when given extra water, in addition to any natural rainfall. However, the same was not true in winter.

“Essentially, adding water in summer gets us more bang for our buck,” Spasojevic said.

Their findings are described in a paper published in the University of California journal Elementa.

Over the course of the study, the team observed 24 plots of land at the Boyd Deep Canyon Desert Research Center, in the Palm Desert area. Some of the plots got whatever rain naturally fell. Others were covered and allowed to receive rain only in one season. A third group of plots received additional collected rainwater.

While adding water in summer resulted in higher plant biomass, it generally did not increase the diversity of plants that grew, the researchers noted. Decreasing rainfall, in contrast, had negative effects on plants across both summer and winter, but may lead to some increased growth in the following off-seasons.

Implications of the work extend beyond learning when additional water resources might be applied simply to help plants grow. Whole communities of animals depend on these plants. They are critical for pollinators such as bees and butterflies, and they play a big role in controlling erosion and movement of soils by wind.

“Studies like this one are critical for understanding the complex effects of climate change to dryland ecosystems,” said Darrel Jenerette, UCR landscape ecologist and study co-author.

Desert plants also play an important role in removing carbon dioxide and nitrogen from the atmosphere to use as fuel for growth. Microbes that live in the soil can use the carbon and nitrogen released by plant roots, then send it back into the atmosphere where it can affect the climate.

“Drylands cover roughly a third of the land surface, so even small changes in the way they take in and emit carbon or nitrogen could have a big impact on our atmosphere,” said Peter Homyak, UCR environmental scientist and study co-author.

As the team continues this research over the next few years, they expect to see changes in soil carbon and nitrogen cycling, given that plants are already being affected by changes in seasonal rainfall, as this study shows.

“Can changes in precipitation patterns alter the feedback between plants and microbes, destabilizing the carbon locked in soils and sending more of it into the atmosphere? We are working on figuring that out,” Homyak said.

Read more
Previous article4 Reasons to Use CBD Products for Sleep Problems
Next articleIs Veganism The Solution To Climate Change?