WHO Examines the Effects of Climate Change on Mental Health 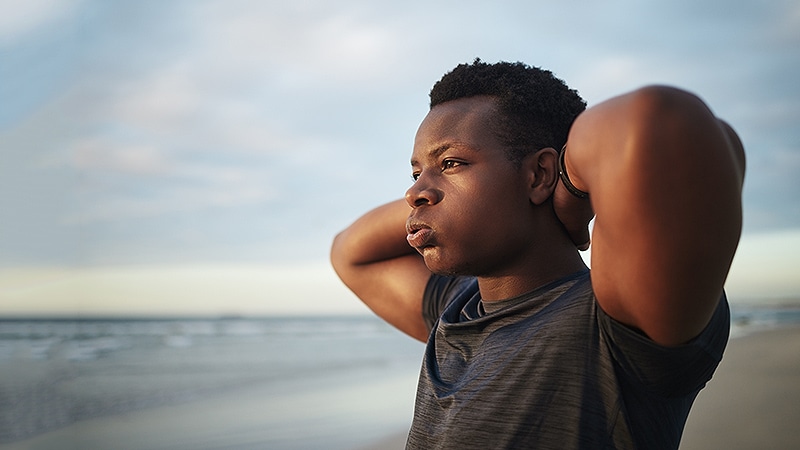 
Last month, the World Health Organization (WHO) launched a policy report to confront the increasingly strong and lasting impacts that climate change is having directly and indirectly on people’s mental health and psychosocial well-being. In addition to the increasingly high incidence of mental disorders (eg, emotional distress, stress, depression, and suicidal behavior) affecting people worldwide, the WHO warned of new, emerging syndromes that are directly related to climate change, such as “ecotrauma.” This term refers to anxiety in the face of the apocalyptic scenario predicted to result from the transformation of ecosystems by anthropogenic activity.

Two weeks after the release of the policy report, which integrates key policies for countries to address one of the biggest challenges, the WHO published its largest review of global mental health since the turn of the century. The work provides a model for governments, academics, health professionals, and civil society to become key players when dealing with the mental health problems that our society is going through.

As the document highlights, almost 1 billion people, including 14% of the world’s adolescents, were living with a mental health disorder in 2019. Suicide accounted for more than one in 100 deaths, and 58% of cases occurred before age 50 years. Mental health disorders are already the leading cause of disability in the world, and people with serious but preventable diseases die on average 10 to 20 years earlier than the general population.

The COVID-19 crisis has significantly aggravated mental health disorders, especially in populations such as minors. Consequently, many experts to refer to this public health phenomenon as the new major pandemic. “I’m not sure it’s correct to call a set of mental health problems a pandemic, but the reality is that many countries are ignoring or largely forgetting this crisis,” Sarah Sheppard, WHO communications officer, told Univadis Spain. According to the expert, “stigma and lack of understanding are key drivers of these problems and have been one of the reasons for the lack of mental health funding for decades. Mental health receives less than 1% of international health aid.” Univadis recently interviewed Sheppard about these challenges.

Univadis: As the data provided in the recently released Mental Health and Climate Change Policy Brief indicate, there are large gaps in many countries between mental health needs and the services and systems available to address them. Where can we start to change this reality?

Sheppard: The simplest answer to improve the situation we face begins with a change in people’s priorities when it comes to valuing mental health. This would lead to greater investment in human and financial resources for mental health services and systems. However, the challenge lies in the complexity of the problem. In the report we just published, we provide comprehensive recommendations on how to transform mental health systems for all, such as trying to integrate climate change considerations into policies and programs for mental health or building on existing global commitments, including the Sustainable Development Goals (SDGs) or the Paris Agreement.

Univadis: Is there evidence that mental illnesses and disorders affect some populations more than others, such as women, for example?

Sheppard: The prevalence of mental disorders varies according to conditions and according to sex and age. In general, I don’t think we can say that mental health conditions or disorders affect women more than men. There are groups at risk, but vulnerability depends on the context and varies a lot. Of course, social determinants such as poverty, unstable housing, and exposure to adversity can significantly increase risk.

Univadis: According to the statistics recently provided by the WHO, changes in the environment are directly and indirectly affecting people’s mental health and psychosocial well-being. The new report highlights the gap between countries when it comes to addressing this complex problem. Is there any country that is carrying out political or innovative initiatives in this regard?

Sheppard: Yes, there are many case studies in the policy brief that highlight important work in the area. There are strong examples that are highlighted in the summary. One of them is India and its resilient cities program. Focused on the reduction of disaster risk, climate resilience, and mental health and psychosocial support at city level, this project resulted from a collaboration between the United Nations Development Program (UNDP) and the Indian National Institute of Mental Health and Neurosciences (NIMHANS), which began in 2017.

Univadis: In addition to mental health, we are seeing how climate change is causing the appearance and resurgence of zoonoses, such as the pandemic caused by coronavirus and now monkeypox.

Sheppard: Mike Ryan, head of emergency situations at WHO, stated at the beginning of June that the increase in zoonoses raises the risk of new pandemics. Infections transmitted from animals to humans, such as Ebola, COVID-19, or monkeypox, have multiplied in recent years. Climate change alters the conditions for pathogens and zoonotic disease vectors and their distribution. The intensification of travel, for example, allows them to spread more quickly and in a more uncontrolled way.

Human health, including mental health, is connected to animal health. As various materials available to us from our World Health Day 2022 campaign examine, the links between planetary health and human health are inextricable.

Univadis: How is it possible that while scientific progress advances and more powerful and efficient technologies are developed, we become increasingly vulnerable to environmental phenomena?

Sheppard: Scientific advancement improves our understanding of the quality and scale of the health impacts of climate change, including the identification of the most vulnerable groups, as well as the adaptation and mitigation measures that would work to reduce its consequences on health. At the same time, climate change is widespread, rapid, and intensifying. Technological advances have a role to play in mitigation, particularly those tools that reduce our dependence on burning fossil fuels, as well as adaptation to climate change. For example, early warning systems for extreme weather events could reduce those vulnerabilities your question mentioned.

On the other hand, the measures proposed by the latest report on mental health and climate change have multiple effects. Some are particularly powerful and are not overly dependent on new technology. These include changing our mode of transport to low-emission, physically active ways to get around (walking, cycling), the benefits of which are already more than proven for both the environment and human health.

This article was translated from Univadis Spain.

Oceans Help Us Fight Climate Change, Now We...
Read more
Previous articleCan you pay an elephant to fight climate change?
Next articleWhy is it so hot in the UK and elsewhere in Europe and what are the dangers? | Climate crisis