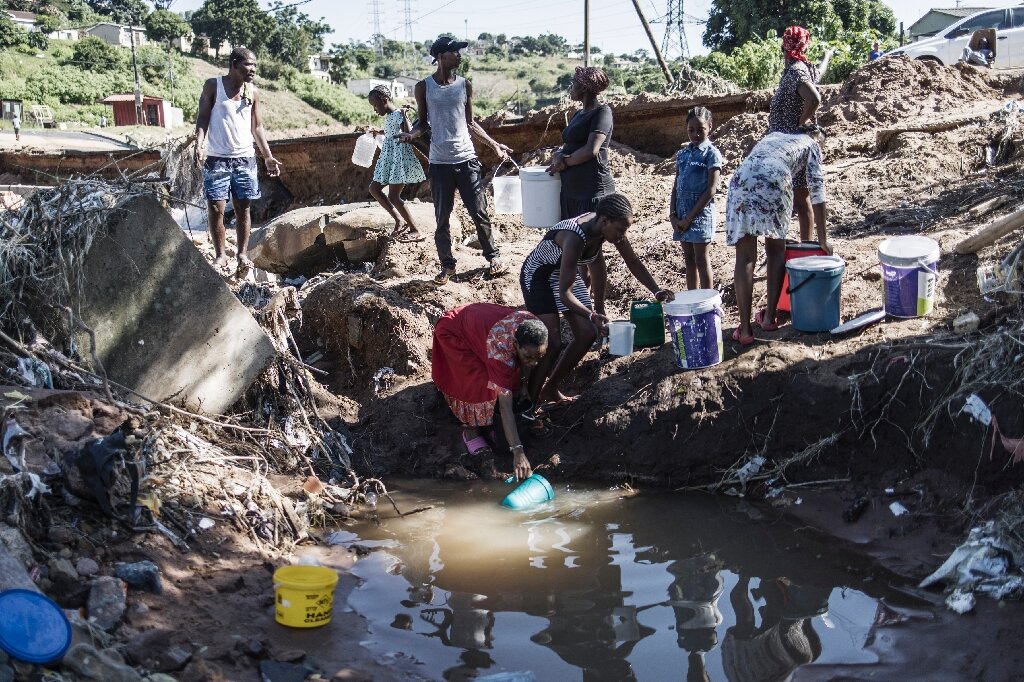 
South Africa, the continent’s most industrialised country, has largely escaped the tropical cyclones that regularly hit its neighbours.

But last week, storms pummelled the east coast city of Durban, triggering heavy floods and landslides that killed more than 440.

Here are the main questions behind the floods and devastation.

Did climate change play a role

Meteorologists say the storms were not tropical.

Instead, the rains were part of a normal South African weather system called a “cut-off low” which can bring heavy rain and cold weather.

“Cut-off low pressure systems are common. Their frequency becomes high during autumn and spring seasons, and they are differing in strength,” said Puseletso Mofokeng with the South African Weather Service.

Some of these systems are very intense, causing heavy rain, hail, strong and potentially damaging winds and heavy snowfall.

A cut-off low in April 2019 killed 85 people in Eastern Cape and KwaZulu-Natal provinces.

If the storm system itself is a known phenomenon, the difference this time was the intensity of the the deluge.

Here, experts point the finger at climate change—warmer seas charge the atmosphere with more moisture, which then gets dumped as rainfall.

“We’ve seen in Durban three (severe) floods in less than 10 years. Does it have to do with climate change? Definitely,” said Mary Galvin of the University of Johannesburg.

“We are feeling the impact of what will certainly be unpredictable, more frequent, severe and extreme weather events.”

A recent UN report says what was once considered a one-in-a-hundred-year flood event could end up happening several times a year by 2050.

Why is Durban prone to floods?

Durban experiences floods every year, but not as severe as these.

The city is built on a hilly area with many gorges and ravines—a topography that University of KwaZulu-Natal urban planner Hope Magidimisha-Chipungu says is conducive to floods.

If the soil is not properly “stabilised in the hilly areas, it’s obvious you were going to have landslides,” she said.

Some have suggested Durban’s storm-water drainage system may not have been well maintained, which authorities of the 187-year-old city dispute.

Durban city is not alone in experiencing extreme weather conditions in South Africa.

Along the west coast, Cape Town almost ran out of water in a 2018 drought.

“Climate predictions and all models show wet areas will get wetter and dry areas will get dryer. So Durban… unfortunately will be wetter,” said Galvin.

Durban is one of South Africa’s fastest-growing cities, with economic growth outpacing the national average by 2015.

“The ways in which South African cities were designed were very exclusionary in nature,” said planner Magidimisha-Chipungu.

“The spatial planning and the apartheid legacy (placed) the urban poor in the periphery and in the low-lying areas” along riverbanks, she said.

Around a quarter of the metro’s 3.9 million people live in 550 informal settlements around the city. At least 164 of them were built on floodplains, according to Galvin.

It’s “like the seven plagues” happening in succession, said Galvin.