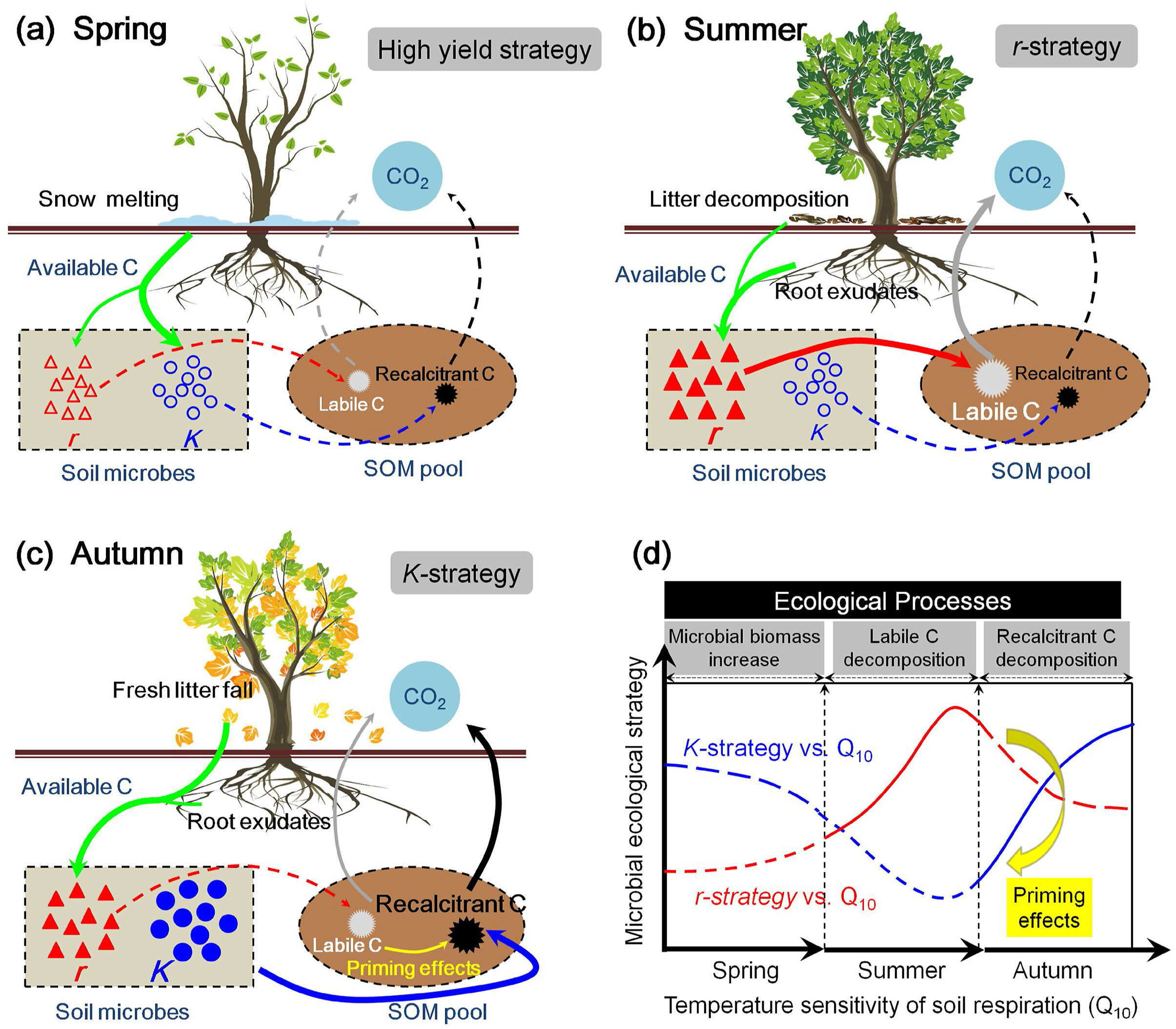 
The intensity of soil respiration increases with temperature on a global scale. Temperature sensitivity of soil respiration, usually termed as Q10, is defined as the increase in CO2 efflux for a 10°C increase in temperature. In many traditional ecosystem models, Q10 was regarded as a constant. But more and more studies have shown that the observed Q10 values varied greatly in time and space, and that it is of great value to quantify the temporal-spatial pattern of Q10, which involves in the accurate prediction of ecosystem carbon emissions.

Prof. Li Hui and her colleagues from the Institute of Applied Ecology of the Chinese Academy of Sciences recently revealed latitudinal and seasonal variations in temperature sensitivity of soil respiration (Q10) by cultivating the soil samples collected from northern, central and southern regions of the broad-leaved Korean pine mixed forest (BKPF) in China.

The researchers found that the latitudinal pattern of Q10 was season-dependent. In spring, the Q10 values got higher along the north-to-south gradient, driven by the increasing temperature and the decreasing carbon availability. In summer, Q10 remained relatively stable across the latitudinal gradient. In autumn, Q10 values were still higher in the warmer regions of BKPF, as is the case in spring. And there was a positive linkage between Q10 and the activity of microbial K-strategists in the late growing season.

They discovered a uniform seasonality pattern of Q10 in both southern and central regions of BKPF, with higher Q10 values observed in spring and autumn and lower values recorded in summer. However, the seasonality pattern of Q10 was not found in the northern regions of BKPF and this could be attributed to “the dominance of conifers” there, according to the researchers.

This study expands our understanding of the temporal-spatial variation of Q10 and of its driving mechanisms (e.g., carbon quality, carbon availability and microbial ecological functions), providing new theories and data for subsequent research about climate warming and ecosystem carbon balance.

This study was published in Soil Biology & Biochemistry, titled “Linkages between the temperature sensitivity of soil respiration and microbial life strategy are dependent on sampling season.”