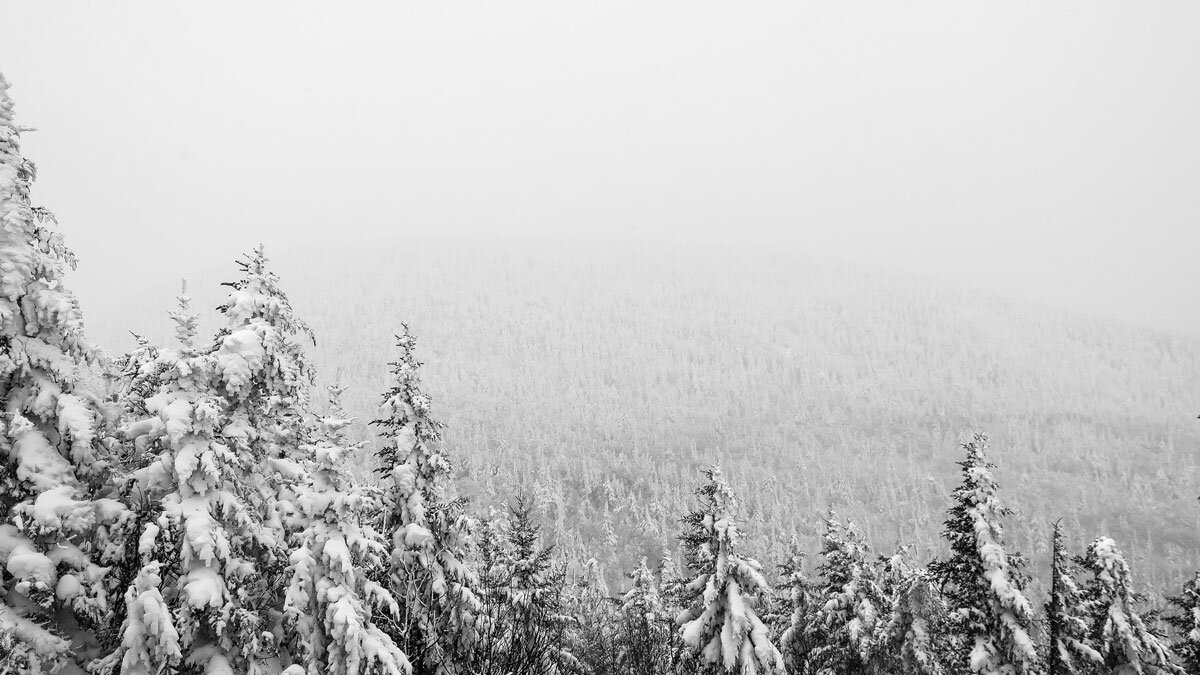 
Knowing how tree canopies affect snowpack is a key part of predicting water availability. Despite this importance, hydrologists are still working to accurately quantify how snow “intercepted” by tree canopies affects snowpack. Conifers, for instance, have been estimated to intercept more than half of all snowfall in some regions, at the expense of on-the-ground snowpack that’s more likely to be part of summer melt. But hydrologic models struggle to accurately predict canopy snow, partly because of a lack of in-the-field quantification.

In a new study published in Water Resources Research, Raleigh et al. used a simple, effective tool to estimate canopy snow: an accelerometer. Scientists have used this device for other applications, like measuring rain interception, but this new study is the first to use it to track snow capture. An accelerometer can measure when and how much a tree sways in the wind. How frequently trees sway in the wind depends on several factors, such as how much snow is in the canopy and whether the tree is frozen or thawed.

“One of my colleagues calls it a Fitbit for trees,” said Oregon State University hydrologist Mark Raleigh, the first author of the study.

To calibrate the tool, Raleigh and colleagues selected two trees deep in the Niwot Ridge Long Term Ecological Research site in Colorado. They weighed down conifer trees with bags full of rocks to simulate snow weight. They then lassoed the tree, pulled it back until it was under tension, and released it. By doing this with different amounts of weight, the authors were able to quantify how much a tree’s sway changed in response to varying amounts of snow weight.

The team left the accelerometers in place for six years (2014 to 2020), collecting tree sway data during multiple snowstorms. They also had cameras at a nearby flux tower photographing the scene. After accounting for freeze-thaw cycles in the trees, which influence how stiff trees are, the researchers found a strong relationship between sway and snow presence, with snow-weighted trees swaying more slowly. The authors then used their simple calibration tool to calculate how much snow the trees held, which is the first time snow mass has been estimated using the simple sway tool.

Although more work is needed to refine this conversion of tree sway to snow mass, this accelerometer approach is cheaper, nondestructive, and less effort intensive, so it could be used more widely in real-world applications. The approach would need to be honed for different types of trees and regions, Raleigh said, but it offers a relatively easy method of tracking canopy snow. It could be particularly useful for remote regions where access is limited, allowing snowstorms to be monitored as well as improving regional hydrologic models.

This story is republished courtesy of Eos, hosted by the American Geophysical Union. Read the original storyhere.

Oceans Help Us Fight Climate Change, Now We...
Read more
Previous article‘We’re running out of time’: Dan Saladino on why the loss of diversity in our foods matters | Biodiversity
Next articleClimate change could wipe out coral reefs in 30 years: report