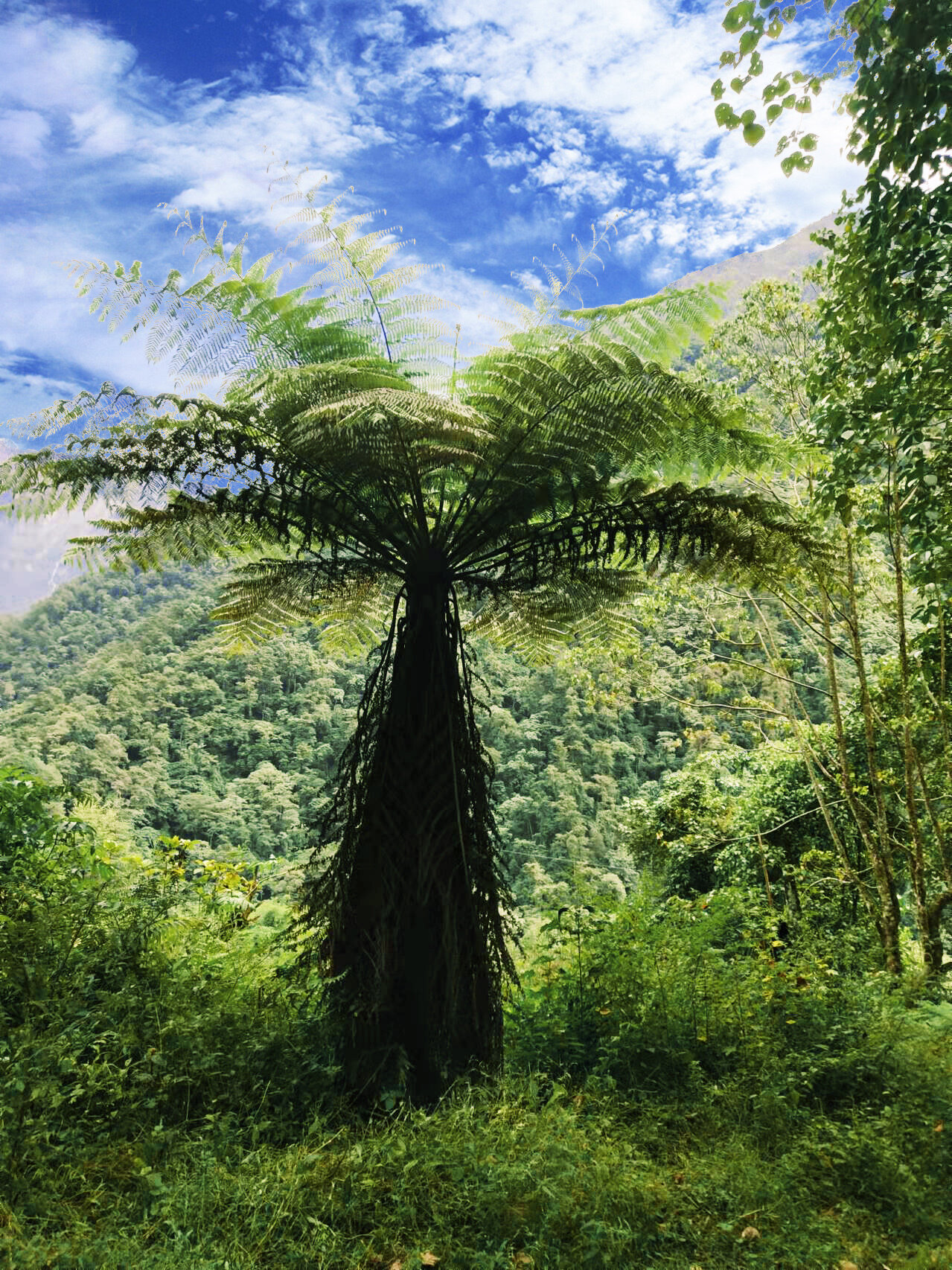 
Land plants evolved 470 million years ago from algae and have since reshaped our world. Throughout their evolution, ferns have undergone a series of changes that have helped them survive on land. For the first time, researchers have characterized the genome arrangement of tree ferns, which sheds new insight into how ferns evolved.

A major event in the evolution of land plants was the invention of their vascular systems, which help them conduct water, nutrients, and food throughout their bodies. These systems consist of two tissues: xylem and phloem. While the xylem enables the transport of water to the stems and leaves, the phloem helps transport sugars, made from photosynthesis, to the rest of the plant. Additionally, only xylem cells are lined with lignin—supportive structural materials that provide rigidity to wood and bark. The researchers wanted to understand how these vascular systems evolved in ferns and how lignin is made.

“Ferns are the earliest vascular plants, and lignified cell walls were a key innovation during the evolution of these plants,” said Ray Ming (GEGC), a professor of plant biology. “This study has improved our understanding of how vascular tissues developed in ferns and other land plant species.”

For this study, the researchers sequenced the genome of flying spider-monkey tree fern Alsophila spinulosa and investigated how its vascular tissues are constructed. They found that two vascular-related MAC-domain genes were highly expressed in xylem compared to other tissues, indicating that these might be key regulators in the formation of xylem-specific cells.

Using microscopy and biochemical methods, the researchers also measured the levels of lignin and secondary metabolites—compounds that are not required for growth or reproduction, but confer certain benefits—in ferns. They found that lignin made up 40% of the stem cell wall. In comparison, wood generally contains 25%. They also discovered a new secondary metabolite primarily made in the xylem, which they named alsophilin.

“This new compound is abundant in the xylem, likely as one of the compounds filling up the cavity of non-functional tracheid cells. We also identified the genes involved in the biosynthesis of alsophilin in the genome,” Ming said.

To understand how ferns evolved, the researchers compared the genomic sequence of A. spinulosa to other members of the same species across nine locations in China. To their surprise, they discovered that there were six distinct populations, differing in their genomic sequences. Based on their sequencing results, the researchers reconstructed the history of the fern population and saw that there were two times that these species underwent a drastic decrease in population numbers. The first one occurred 35.6-34.5 million years ago and the second occurred 2.5-0.7 million years ago.

“This analysis of genomes and lignin composition from a broader collection of ferns will help us understand the role of lignin in the early lineage of vascular plants,” Ming said. “In our future studies, we hope to increase the number of locations and the sample sizes for the genomic analysis.”

The biochemical analysis was performed in collaboration with Quanzi Li’s group at the State Key Laboratory of Tree Genetics and Breeding, Beijing, China.

Plant polymers do not always act together to make beautiful shapes

Otters are able to learn from each other...
Read more
Previous articleThe Best Way to Enjoy Cannabis in Brantford
Next articleCheap Weed in Mississauga – Edibles vs. Flowers