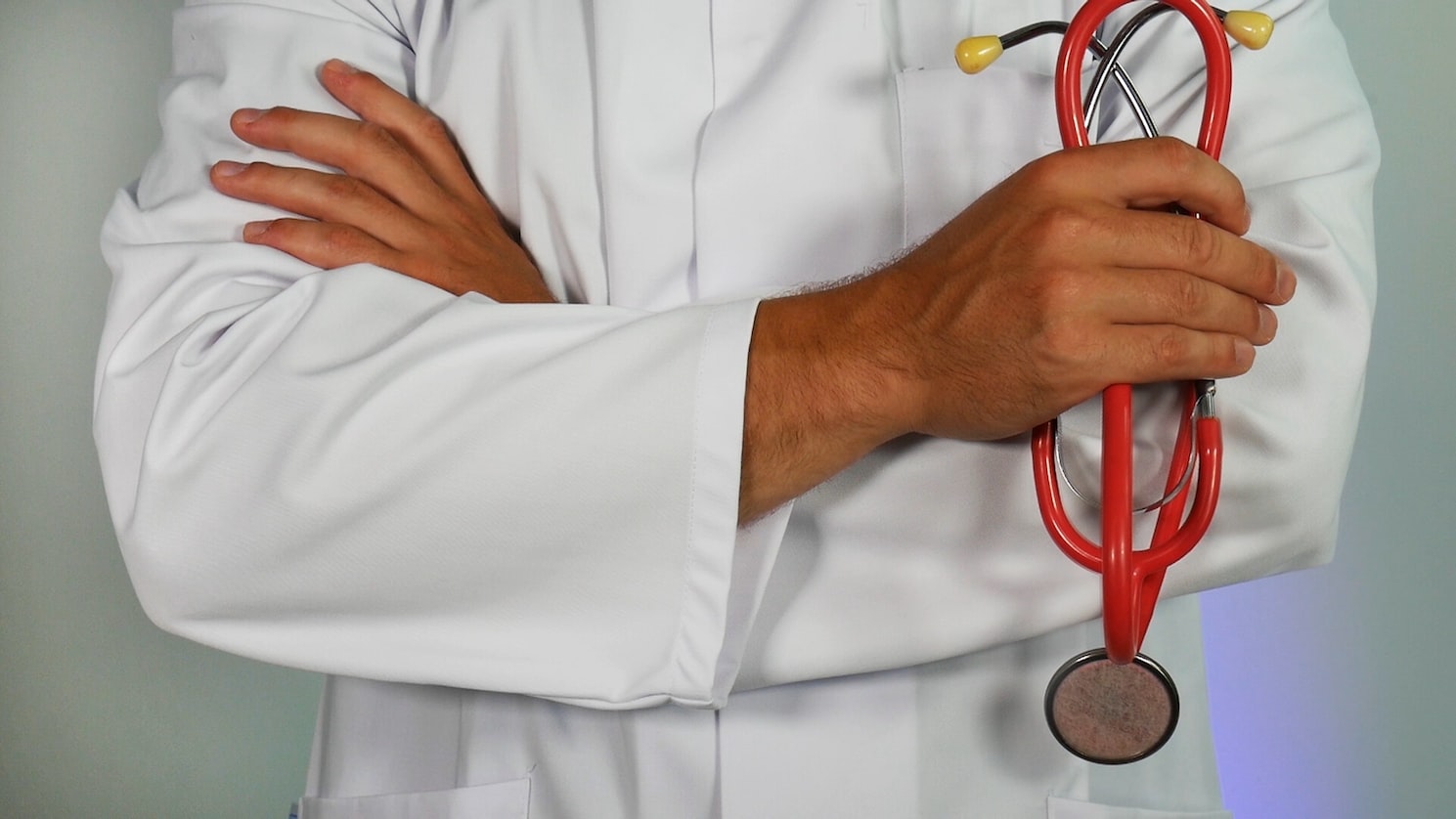 
Since time immemorial, Indigenous peoples worldwide have observed, tracked and memorised all the visible objects in the night sky.

This ancient star knowledge was meticulously ingrained with practical knowledge of the land, sky, waters, community and the Dreaming – and passed down through generations.

One of the most well-known and celebrated Aboriginal constellations is the Emu in the Sky, which appears in the southern sky early in the year. It is an example of a dark constellation, which means it’s characterised by particularly dark patches in the sky, rather than stars.

Conversely, space technology companies such as Starlink are increasingly competing to dominate the skies, and potentially change them forever.

Mega-constellations are groupings of satellites that communicate and work together as they orbit Earth.

Since 2018, the Starlink project, run by Elon Musk’s SpaceX, has launched about 1,700 satellites into low Earth orbit. The company plans to launch another 30,000 over the next decade.

British company OneWeb has launched nearly 150 satellites, with plans for another 6,000. And Amazon intends to launch an additional 3,000 satellites into multiple orbits.

Each of these companies is taking to the skies to increase internet access across the globe. But even if they deliver on this, sky gazers – and especially Indigenous peoples – are left to wonder: at what cost?

Streaks in the night

People across the globe began noticing streaks across our skies not long after the first Starlink launch in May 2019. They were unlike anything anyone had seen before.

Astronomers are very used to viewing the sky and dealing with interference, often originating from aircraft or the occasional satellite. However, the goal of mega-constellations is to engulf the entire planet, leaving no place untouched. Mega-constellations alter our collective view of the stars. And there is currently no known way to remove them.

One mega-constellation has been observed to produce up to 19 parallel streaks across the sky. These streaks disturb astronomical observations, and a significant amount of scientific data can be lost as a result.

As they travel across the entire sky, scattering the Sun’s light, dark constellations become even fainter – further desecrating Indigenous knowledge and kinship with the environment.

Further research on the impacts of mega-constellations have found that as they orbit Earth, the Sun’s rays are reflected off them and scattered into the atmosphere.

The authors of that study conclude we are collectively experiencing a new type of “skyglow” as a result: a phenomenon in which the brightness of the sky increases due to human-made light pollution.

Initial calculations indicate this new source of light pollution has increased the brightness of night skies globally by about 10%, compared with the natural skyglow measured in the 1960s.

Currently, the upper limit of light pollution tolerable at observatories is 10% above the natural skyglow, which suggests we have already reached the limit.

In other words, scientific observations of the sky are already at risk of being rendered redundant. If this excess skyglow increases even more, observatories are at serious risk.

Indigenous knowledge systems and oral traditions teach us about the intricate and complex relationships Indigenous peoples have with the environment, including the sky.

For example, many Aboriginal and Torres Strait Islander cultures have no concept of “outer space”. They only have a continuous and connected reality where coexistence with all things is paramount.

As captured by the Bawaka Country group, based in northeast Arnhem Land:

…to hurt Sky Country, to try and possess it, is an ongoing colonisation of the plural lifeworlds of all those who have ongoing connections with and beyond the sky.

Desecrating the sky impacts Indigenous sovereignty as it limits access to their knowledge system, in the same ways desecrating the land has removed First Peoples from their countries, cultures and ways of life.

Similarly, important parts of the Jukurrpa, or Dreaming of the Martu people of Western Australia is embedded in the Seven Sisters constellation. How would they keep this knowledge safe if they can’t locate any of the Sisters?

Indigenous histories teach us about the devastating consequences of colonialism, and how the impacts of the colonial agenda can be mitigated through prioritising the health of country and community.

In the words of astronomer Aparna Venkatesan and colleagues:

…the manner and pace of ‘occupying’ near-Earth space raise the risk of repeating the mistakes of colonisation on a cosmic scale.

Active Indigenous sky sovereignty acknowledges the interconnected nature between land and sky, and that caring for country includes sky country. By doing so, it challenges the otherwise unimpeded authority of technology corporations.

By understanding that the world (and indeed the Universe) is interconnected, we see that no living creature is immune to the consequences of polluting the skies.

Currently, native fauna such as the tammar wallaby, magpie, bogong moth and marine turtles are experiencing a reduction in populations and quality of life due to the impacts of light-pollution.

Migratory species are particularly affected by light pollution, which can result in them losing access to their migratory route. This is a crisis Australia’s fauna has faced since before the introduction of mega-constellations.

Several companies have made attempts to reduce the impact of mega-constellations on skyglow.

For example, OneWeb has opted to rollout fewer satellites than initially proposed, and has designed them to be positioned at a higher altitude. This means they will produce less skyglow, while also covering a larger area.

Starlink, on the other hand, has not shown any public interest in operating at higher and less impactful altitudes, for fears it will impact the Starlink network’s speed and latency.

That said, they have attempted to reduce their satellites’ luminosity by painting them with a novel anti-reflective coating. Coating techniques have demonstrated a reduction in reflected sunlight by up to 50%. Unfortunately, not all wavelengths of light being scattered are reduced using this method. So multi-wave astronomy, and different species of animals, are still at risk.

Just as some companies have started considering tactics to avoid increasing skyglow, all space tech companies must be held responsible for adding to an already polluted space.

Guidelines such as those set by the Inter-Agency Space Debris Coordination Committee offer solutions to this problem. They suggest lowering the height of a satellite’s orbit when it’s no longer needed, allowing it to disintegrate as it falls down to Earth.

However, these are international guidelines, so there’s no legal framework to enforce such practices.

And given that near-miss collisions have already taken place between some mega-constellations, and an estimated 20,000 pieces of space debris already floating above, reducing orbital pollution must also now be a priority.

Reducing air pollutants has also been shown to drastically decrease natural sky brightness, offering a potential solution for improving night sky visibility – not to mention cleaner breathing air for all.

A major tenet of life for Indigenous peoples is valuing the sustainability of one’s actions. By adopting this at a larger scale, we could create a reality in which we’re not a threat to our own survival.

Karlie Noon does not work for, consult, own shares in or receive funding from any company or organization that would benefit from this article, and has disclosed no relevant affiliations beyond their academic appointment.

/Courtesy of The Conversation. This material from the originating organization/author(s) may be of a point-in-time nature, edited for clarity, style and length. The views and opinions expressed are those of the author(s).

English saddles can be used in a variety of...
Read more
Previous articlethe biodiversity footprint of the University of Oxford
Next articleCOP 15: Governments Roll Up Sleeves on Biodiversity