This International Women’s Day, Europe must do more to end gender-based violence 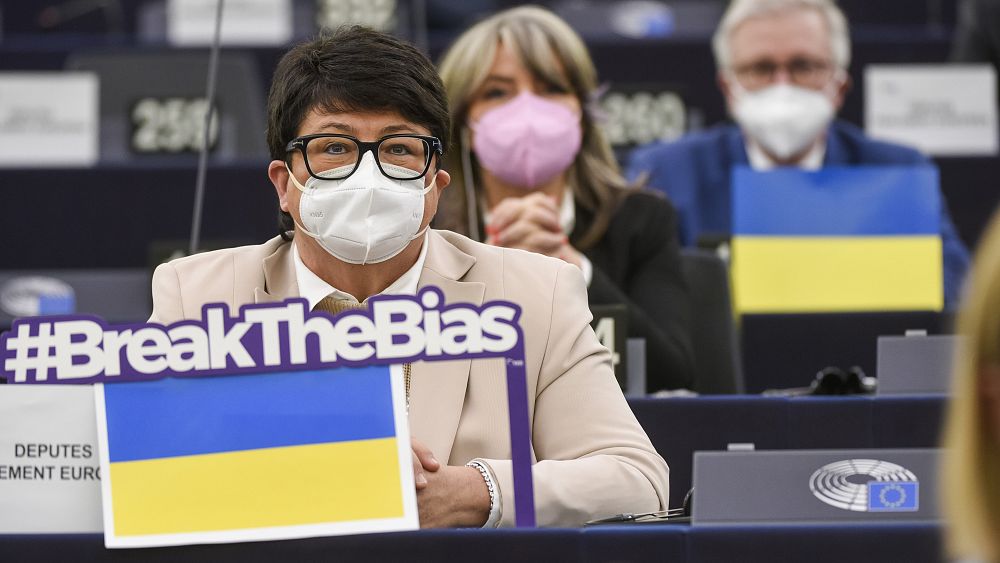 
Those of us working in European politics know how difficult it is to bring 27 member states together.

It is even more difficult in a political system that is still dominated by patriarchal structures, with latent misogynist tics that emerge now and then.

That is why we should not be surprised by Sofagate-type scenes in which European Commission President, Ursula Von der Leyen, is ignored and patronised by foreign leaders.

It is just the tip of the iceberg.

Unequal treatment is a daily reality for most women and even though we are improving in areas like equal pay and breaking the glass ceiling, the most brutal form of misogyny – gender-based violence – is often the most hidden, and therefore the hardest to eradicate.

In recent years, we have made important achievements for equality thanks to the tireless insistence of progressive forces.

We now have women heading the commission, the parliament, and the European Central Bank. We have a gender-balanced college of commissioners, and compulsory quotas for women on boards.

But we have some crucial unfinished business: a duty towards the most vulnerable women, those who are victims of violence just because they are women.

Every day seven women die in the EU as victims of gender-based violence, most often killed by their partners.

Between 12% and 15% of women live in hell on a daily basis. They don’t make the front pages but they need help to escape that circle of despair: they need psychological, financial, and judicial support.

For years, the Socialists and Democrats have been calling for a European strategy against gender-based violence, including a binding instrument.

This is why when our political group in the European Parliament backed the working programme of President Von der Leyen, we demanded a legislative proposal to end this scourge.

More than two years have passed and at last, the commission has announced that on 8 March it will present a directive to prevent and fight violence against women and domestic violence.

Due to the opposition of some governments in the council, we have not been able to include gender-based violence as a crime in Article 83 of the treaty.

Violence against women is a serious offence and it should be considered alongside human trafficking and the sexual exploitation of women and children.

The new directive will pay special attention to prevention, support, and protective measures. It should also oblige member states to ensure that violence by an intimate partner is a decisive factor when examining custody cases.

This directive is one more element in a global strategy in need of many other legal instruments, as well as other coordinated actions aimed at changing mentalities, exposing the injustice and anachronism of subordinating half of the world’s population, wasting their talents, and denying them their dignity.

We must tackle sexual harassment in new spheres, from sports – where we still see some outdated behaviour unacceptable in the 21st century – to the internet and new technologies, where women are 27 times more likely than men to face harassment.

This year on 8 March we will take one more step with the European directive, but we still have a long way to go in Europe, and in the world. We can’t forget the Afghan women, some of whose representatives I recently met with in Brussels and I promised we would keep up our support.

Neither can we forget the girls who are victims of genital mutilation or early arranged marriages.

At this time, our thoughts are especially with the women in war zones and our hearts are with both the Ukrainian women who decided to stay and fight for their country and those who have escaped, many with small children or elderly relatives, trying to find a safe refuge.

_Iratxe García Pérez is the president of the Socialists and Democrats in the European Parliament. _