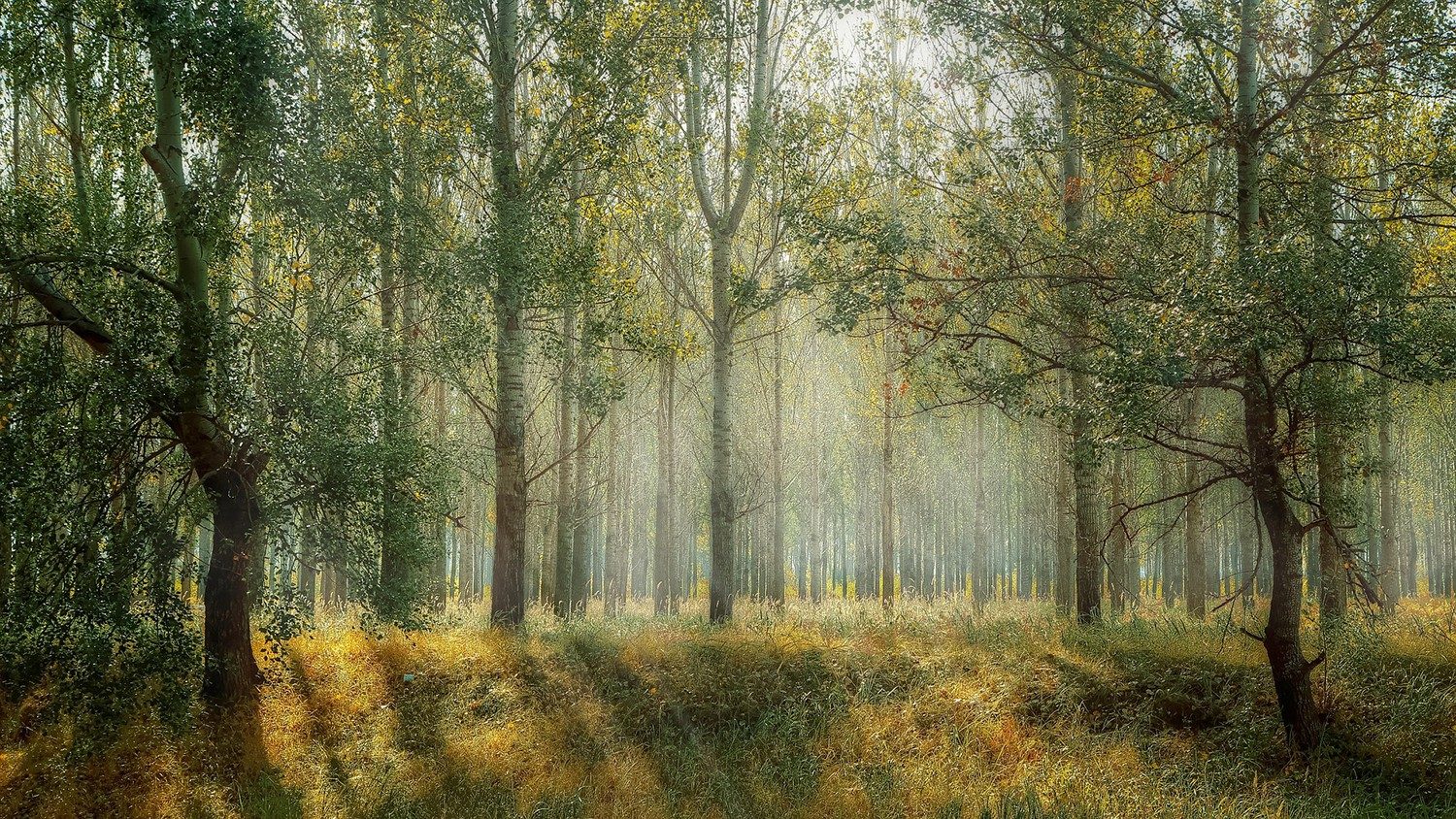 Reconnecting rural areas, mountains, plains, urban space – reconstructing woodlands and forests, placing with care the right trees in the right places, creating ‘ecological pathways’ able to recreate the natural beauty of world communities: this is the commitment of the Alberitalia Foundation to respond to climate change and the increasing atmospheric pollution that is poisoning the Planet.

It was around 10 p.m. on September 24, 2018, when the Calci forest in the hills around Pisa began to burn. Ignited by arsonists, it was a fire that, abetted by heat, humidity and strong winds gusting up to 30 kilometers per hour, devastated more than 1,200 hectares of land and caused the evacuation of citizens living in neighboring towns, particularly in Montemagno. More than 700 people, including children were rescued by firefighters.  They took shelter in gyms and schools, desperately hoping that the fire had not engulfed their homes as well. Many elderly people were hospitalized for asphyxiation, because when the flames touched the sky, they were already asleep in bed. It took about four days to completely extinguish the blaze. An open wound for the population and enormous damage to the flora and fauna of this area: the centuries-old pines with sturdy trunks were falling like flies, a ‘spectacle’ of cruelty that no one would want to witness. The Tuscany Region immediately allocated 200,000 euros for recovery work and to remove the burned trees: operations that were essential to rebuild the hydrogeological framework and prevent the water from massive flooding with the first rains. Nearly four years after that event, now Alberitalia through crowdfunding with Banca Etica and the Forest Community, has launched a project to reconstitute the damaged woodland: in a pilot area of just over a hectare, cork and holm oaks, species that are more resilient to fire, will be planted to replace the pines and spaces have been designed by technicians and forestry doctors to protect the forest from future fire.

A tree for every Italian

Since its institution in 2019 during a meeting at the Accademia dei Georgofili in Florence, the Alberitalia Foundation has launched many such initiatives, responding to an appeal from Carlo Petrini, founder of Slow Food, and Bishop Domenico Pompili of Rieti, on behalf of Laudato si’ Communities, a utopian dream at the time which instead took shape in the months that followed, garnering unexpected support: planting a tree for every Italian to combat the climate crisis. “As you can easily guess, there are many issues revolving around forests and individual trees,” says Gabriele Locatelli, advisor to the Foundation and former Slow Food Italy Sustainable Forests Manager. “Trees perform fundamental functions such as absorbing CO2 from the atmosphere, releasing oxygen. But they are also essential elements for the preservation of nature and the landscape, irreplaceable garrisons to counter geological disruption, the fulcrum of life on our Planet. What gravitates around trees also has important social, local and global implications. Our mission is to make everyone understand how interconnected our lives are with those of trees, the first true agents of that ecological conversion, called for by the Pope in Laudato si’.”

Since the postwar period, Italy has increased its forested area by 60 percent, and yet, Locatelli continues, “being among the main processors of wood, we find ourselves importing more than 80 percent of wood from abroad, so it is essential to provide correct information, to stress environmental, and more strictly forestry, ecology in which the tree is not seen as a unique ‘essence,’ but as part of this Earth of ours. In this sense, Laudato si’ is an exceptional tool especially for the new generations who are far from being uninterested in environmental issues. Their motivation is astonishing indeed; many want to participate, many feel that conversion which Francis talks about has come alive in their hearts. The encyclical challenges us every day, and every day we receive requests in this regard. A short time ago for example, we were called by the Maria Immacolata Forlimpopoli residential community, which houses needy mothers and children in distress, asking us to create a forest for bees that could ensure the production of honey. The forest, with flowering trees, named precisely after Laudato si,’ will be a microcosm where the little ones will live side by side with these social insects known for their extraordinary perfection and industriousness, and from them they can also learn how to relate.”

The forest for the bees

The social benefits of keeping a tree alive

Alberitalia has volunteers, professionals, means, and a solid network to rely on, but in addition to the operational aspect, it always tries to devote time to environmental education. “Let us remember,” Locatelli continues, “that keeping a forest alive always means keeping alive the community that inhabits that territory. The tree is linked to the air we breathe, to food, to the material with which we heat ourselves or build our furniture, our homes. Man has always drawn sustenance from trees, but now it is as if he must return the ‘favor’ by using the plant intelligently. Also, where there is a tree, a home, a park, there is always community, sociality is created. From March to October, we spend our free time outdoors, in green places – especially if we have children. That’s why our mission is not only to rebuild forests in places where man or disasters have damaged them, but also to recreate communities around cities, to create urban forests next to cement blocks, first to help fight pollution and reduce the presence of CO2 in the air, then to absorb heat, because a tree near an urban setting has the same function as an air conditioner in an apartment, but also to create places for recreation and socializing.”

Educating for plant care and beauty

Alberitalia’s ideas, among others, include planting a tree for every baby that comes into the world, telling them later when they grow up, ‘that tree was planted for you!’ This promotes a faithful bond with the environment and an awareness of life’s chief values.  Locatelli, who also runs a regional garden centre in Emilia Romagna, is used to planting all kinds of species, yet,” he says, “planting a tree is something that always gratifies and surprises. You are giving birth to another life, a bit like mothers do with the children they carry, knowing the great sacrifice that awaits them, but also the immense joy they will receive in return. Finding some Domestic Pine nuts, planting them in the ground and seeing them slowly grow, has something wonderful about it. A pine tree takes about 5 years to reach a meter in height; it takes 40 to 50 years to soar and then lives an average of 150 to 200 years. It takes patience and care, whereas in half an hour, we can cut down two of them together. When I think of an absolute example of devotion to the goodness of nature – besides of course our own St. Francis – the friars of Camaldoli come to mind. The Camaldolese Congregation of the Order of St. Benedict has as its coat of arms two doves drinking from the same chalice, as a symbol of the union of Eastern and Western cultures. The Benedictine friars in particular have always had caring for the forest in their DNA. They are credited with the first treatise on silviculture in 1520. It is the master Rule in which the relationship with the environment in general, and with the forest in particular, is clearly regulated, so much so that it deserves the title ‘Camaldolese Forestry Code’. What’s more, it is the point of arrival, and at the same time of departure, of a journey that from San Romualdo reaches the present day. It is a vivid sign of the reciprocity of the relationship between man and nature and of the universal and unbreakable principle to be followed in caring for the forest: periodic and isolated thinning and trimming, new plantings, sales, the tasks and job roles, workers’ pay, tool maintenance, wood collection, penalties and punishments for those who do not abide by the rules, exceptions, waivers, and the social role of work. For them, planting fir trees was a kind of thanksgiving, because from the fir tree they had everything, and contemplating these specimens, even the possibility of reaching God and the heights of the heavens.”

The Monastery of Camaldoli, a green oasis to look at

So, all this means 60 million trees to be planted but not senselessly, rather ensuring that they are placed in the environment most suited to them, in the most correct way possible to allow healthy growth: a huge challenge that, judging by the downloads from the Foundation’s website of its guide on ‘how to plant a tree’, seems to have generated a lot of enthusiasm. Among the Foundation’s projects, however, there is also the care and protection of forests, reconstruction of forest heritage such as that of Calci itself or Vicopiano, or Pavoneggio (Trento) where the storm Vaia damaged thousands of specimens. In Adria, work has begun on a new urban park; in Bacoli (Naples), an abandoned urban area will be recovered. Added to these nationwide projects is a plantation of international interest, near Dosolo (Mantova) thanks to the LIFE Terra project. On the other hand, in Cesena which recently was granted status as a Tree City of the World, a project will soon get off the ground involving cities and young people through the creation of urban forests for food production and education in responsible consumption: a pilot initiative with the Istituto Tecnico Agrario (Technical Agricultural Institute) that juxtaposes the importance of good, pure and fair food with the protection of the planet’s forests. A true integral ecological literacy project that goes beyond the walls of the school to become a sort of ‘green acupuncture’ operation that radiates well-being throughout the community by instilling a balanced relationship between agriculture and the forest, because though we may not be aware of it, agriculture is not always good for the Planet, quite the contrary!

Oceans Help Us Fight Climate Change, Now We...
Read more
Previous articleWe built an algorithm to predict how climate change will affect future conflict in the Horn of Africa: here’s what we found
Next articleHabitat loss, climate change send hyacinth macaw reeling back into endangered status