More than half of rare species need intensive, hands-on help 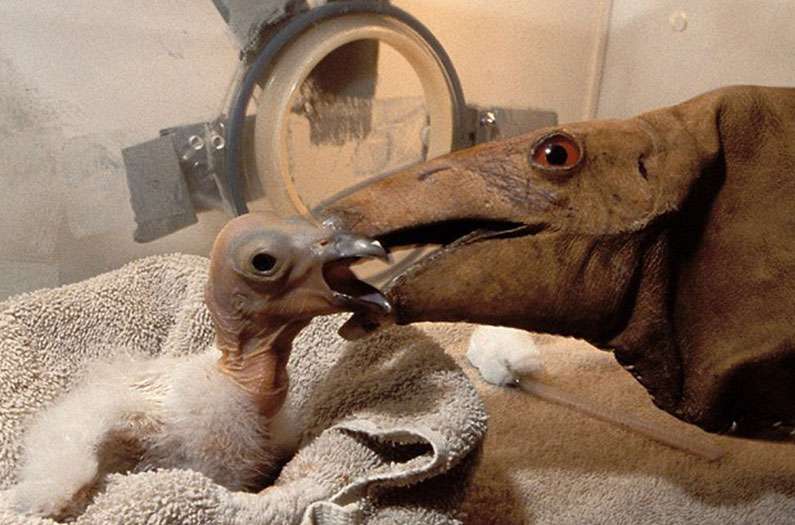 
International talks to stem the extinction crisis have focused chiefly on how much habitat to protect. But for many of the most endangered animals, survival is going to take more than breathing room.

More than half of rare species need intensive, hands-on help such as breeding in zoos, extra feeding in the wild, moving animals into vacant territory and vaccinations against disease, according to a team of conservation scientists.

“This research shows that we can’t stop species from going extinct just by protecting particular areas,” said Stuart Butchart, chief scientist at BirdLife International and a participant in the new research.

The findings come less than five months before nations gather in Montreal for what is meant to be concluding talks for updating the United Nations Convention on Biological Diversity, the chief international agreement governing species conservation.

Much of the attention has gone to a push among conservationists and some world leaders to protect 30 percent of the earth’s land masses and oceans for species habitat. But Butchart and other scientists wanted to see if a focus on protecting and restoring the places where species live would be enough for some of the most imperiled organisms.

To find out, Butchart joined with a sort of U.N. of conservation scientists – 17 researchers in all from six continents. They started with the list of threatened species maintained by the International Union for the Conservation of Nature. Commonly known as the “Red List,” it’s considered the most authoritative single list of endangered species across the planet. The scientists narrowed it down from more than 37,000 species to 7,784 – those identified as being at particular risk of vanishing. The collection ran the gamut from amphibians (the most numerous with 2,444 species) to horseshoe crabs (2 species).

Then the scientists painstakingly went through the IUCN description of the chief threats facing each of these organisms and matched them to the different actions spelled out in the latest draft of the conservation accords, released in July 2021. Seven of those targets revolve around commitments to restore and protect habitat, and control pollution, overconsumption of wild animals and the spread of invasive species.

In the final accounting, those targets still wouldn’t tackle all the threats facing 57% of the endangered species, the researchers reported Monday in the journal Frontiers in Ecology and the Environment.

“Many will benefit from policies and actions designed to reduce threats from land- and sea-use change, overexploitation, pollution, invasive species and climate,” said Philip McGowan, a conservation scientist at the United Kingdom’s Newcastle University who took part in the work and whose own research has focused on endangered birds. “But these alone will not remove the risk of extinction that these species face.”

Those hands-on measures include a sort of species intensive care unit of species kept from disappearing by near-constant attention. There are no more than 35 Lord Howe Island stick insects alive in the wild on a single Australian island. The insect, which resembles a slender, long cockroach, was nearly wiped out by invasive rats set loose on the island. Thousands are now being raised in captivity, with the hopes of release back to the wild once invasive organisms are removed. More than 230 Hawaiian plants make the list, each with fewer than 50 individuals left in the wild, forcing conservationists to grow them in nurseries. 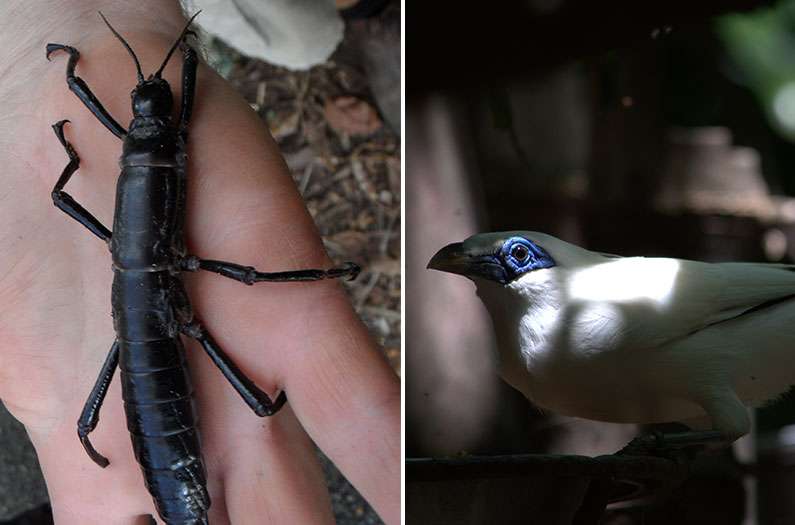 The Bali myna bird illustrates the lengths to which scientists are going to help rare species. Fewer than 50 of the brilliant white birds live in the wild in Indonesia, their numbers decimated by bird collectors. At one point in 1999, armed bandits stole 39 captive birds about to be released. Trappers are thought to still be operating inside the national park where the remaining birds live. To keep the species alive and provide a steady supply of new birds to the forests, 170 conservation sites including zoos today house nearly 1000 birds raised in captivity.

On Tuesday, scientists released new research examining the potential for using personality tests on the captive birds to determine which are most likely to thrive in the wild. The researchers filmed 22 different captive myna birds to see how long it took each individual to approach food when it was near an unfamiliar object – a measurement of how fearful the birds area. They also tracked how good each bird was at solving a new problem, by watching how it tried to get at a tasty worm shielded by bark or a plastic covering.

Overall, they found that some birds were consistently more likely to go near novel objects or quickly solve the food puzzle, and that fearlessness correlated with faster problem solving. “Now we have data on the behavioural flexibility of these birds, this can help to inform which birds may be best suited for reintroduction,” said Rachael Miller of Anglia Ruskin University in the U.K.

Beyond a single bird, scientists scrutinizing the needs of the long list of endangered species say their work underscores the importance of preserving a section added to the biodiversity agreement during the 2021 round of talks. That provision says countries need to ensure “active management actions” including captive breeding to help species. Keeping that goal, along with the others, the researchers wrote, is “critical”

Bolam, et. al. “Over half of threatened species require targeted recovery actions to avert human-induced extinction.” Frontiers in Ecology and the Environment. July 18, 2022.