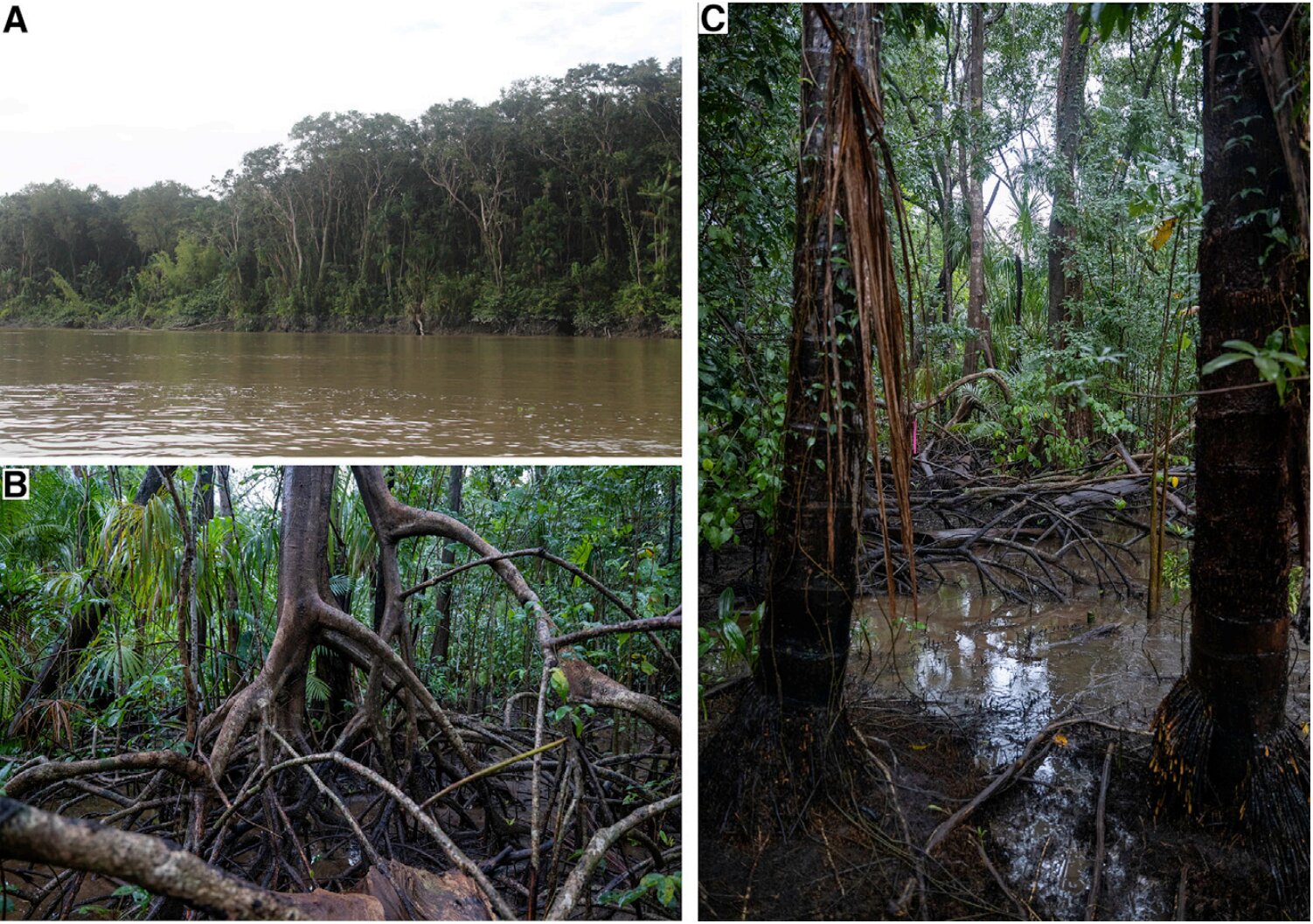 Mangroves are trees or shrubs that grow along tropical coastal areas—they are typically flooded with seawater on a regular basis which means they are saltwater plants—they are also known for their dense thickets and tangled root systems. Mangroves have also been identified as an important player in the Earth’s carbon cycle because they are some of the most efficient carbon sinks known to nature. In this new effort, a team sponsored by National Geographic was conducting research in a northeast part of Brazil, where the Amazon River meets the Atlantic Ocean, when they came across a stand of mangroves that appeared to be surviving in an area dominated by freshwater.

The original work by the team involved taking measurements of the mangrove forests in the delta, which included sizing of trees, determining plant composition and tree density and of course recording salinity levels. They were even using drone-based 3D lasers to help make estimates about the amount of carbon stored in the plants.

The Amazon delta is dominated by freshwater, in addition to the massive flow from the river, the area also gets a lot of rain. Thus, the researchers were surprised to see mangroves growing at all, some distance from the seashore. In light of this find, they began taking measurements to make sure there was not a saltwater source. They found the surface water measured less than five on the salinity scale and soil samples registered from 0 nearest the river to just 5 to 11 at the margins of the forest. Both readings confirmed that the trees were surviving on freshwater—the only known mangroves in the world to do so. The researchers also found a mix of fresh/saltwater mangrove stands in in the area.

The researchers suggest their find is important because it increases the amount of mangrove forest known to exist by 180 square kilometers, which has an impact on carbon capture and, to some extent, global warming.