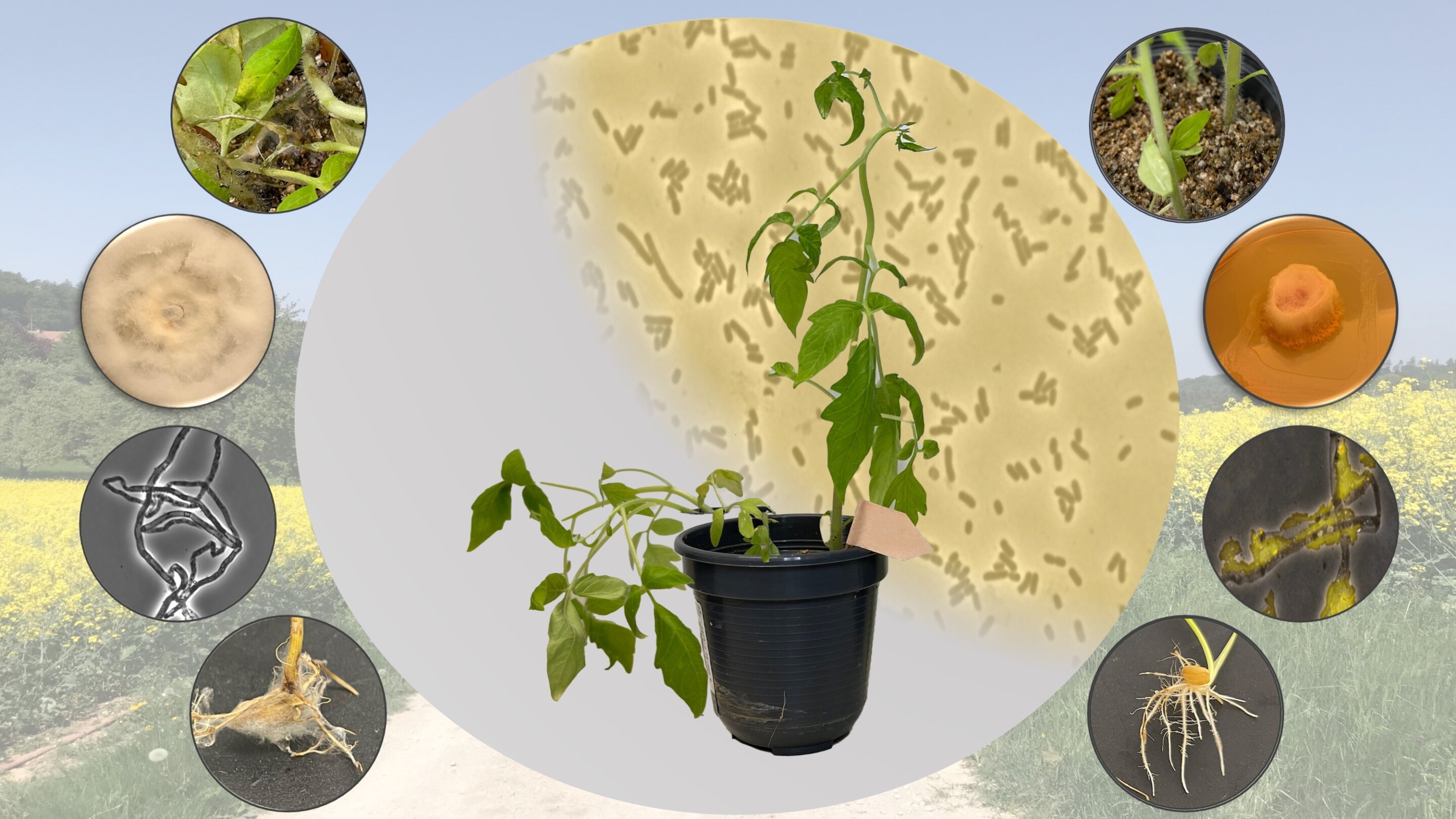 
Future food shortages are expected to become exacerbated in many parts of the world. With this in view, sustainable biological techniques are being explored that could increase the yield of cereals and other food crops and which, unlike the use of chemical pesticides, are environmentally compatible. The bacterium Photorhabdus luminescens is already used as bioinsecticide to protect crops against a wide range of insect pests. Researchers at Johannes Gutenberg University Mainz (JGU) in Germany have recently demonstrated that P. luminescens can also protect plants against fungal infection.

A secondary cell form of the bacterium is responsible for this additional effect. This variant first colonizes the fungal mycelium and then destroys it by degrading chitin, a major component of the cell wall of fungi. The results of this research could be very significant in future, particularly with regard to cereal production. “We see this as a prime opportunity to make farming more environmentally friendly and sustainable with the help of these bacteria,” said Professor Ralf Heermann of JGU.

Like other plants, crops are susceptible to environmental stresses, diseases, and infestation by pests. This has an impact on crop yields and food production and raises concerns about food security in the light of the growing global population. The most extensive agricultural losses are attributable to weed invasion, animal pests, and also plant diseases caused by bacteria, fungi, and viruses. In the past, it was the intensive use of chemical plant protection agents that ensured higher yields and thus improved the food supply. However, this came at the cost of environmental damage, the risk of fatal toxicity for humans and non-target organisms such as pollinator insects, and not least the unwanted modification of the composition of the soil microbiome.

An alternative approach is the use of biological agents such as rhizobacteria that promote plant growth and nematodes that attack insect pests. These are two examples of new and sustainable agricultural techniques to combat plant pests.

Among these more sustainable approaches is the use of Photorhabdus luminescens as a beneficial organism that destroys insect larvae. This bacterium lives in symbiosis with small nematodes that penetrate the insect larvae and subsequently release the bacterium inside them. This then secretes numerous toxins that lead to the death of the insect larvae, simultaneously producing a bioluminescent enzyme called luciferase that makes the dead larvae glow.

About two years ago, the research group of Professor Ralf Heermann discovered that there is an additional phenotype cell of P. luminescens that, although it is unable to undergo symbiosis with nematodes, is capable of surviving in soil on its own. This secondary cell type is genetically identical with the primary form, but lacks certain phenotypic properties, such as bioluminescence. However, according to the group’s new findings, these secondary cells are extraordinarily effective against fungal infection.

Using beef tomato plants as an example, Heermann’s team of microbiologists showed that infestation by the phytopathogenic fungus Fusarium graminearum can be prevented by the bacteria as they colonize the fungal hyphae, breaking down the chitin there. The scientists also managed to identify the molecular mechanism responsible involving an enzyme called chitinase and a chitin-binding protein. This enables the bacteria to dissolve the structure of a fungus, specifically its cell wall, and effectively inhibit fungal growth.

“Furthermore, we were able to show that the secondary cell type of the bacterium colonizes the fungal hyphae in particular. This sets in motion one of the first mechanisms that protects plants against pathogens,” explained Dr. Nazzareno Dominelli, a member of Heermann’s team and the lead author of the recently published paper. “Thanks to our results, we can now propose a new use for P. luminescens—as an organism that both promotes plant growth and protects plants against fungal infection.”

The research team plans to continue investigating the promising potential that P. luminescens offers with regard to biological crop protection. Initial indications suggest that the secondary, non-luminescent cell type, which actively seeks out the roots of plants, may offer additional biotechnological benefits for agriculture.

The research was published in Applied and Environmental Microbiology.