How many bee species does a meadow need? 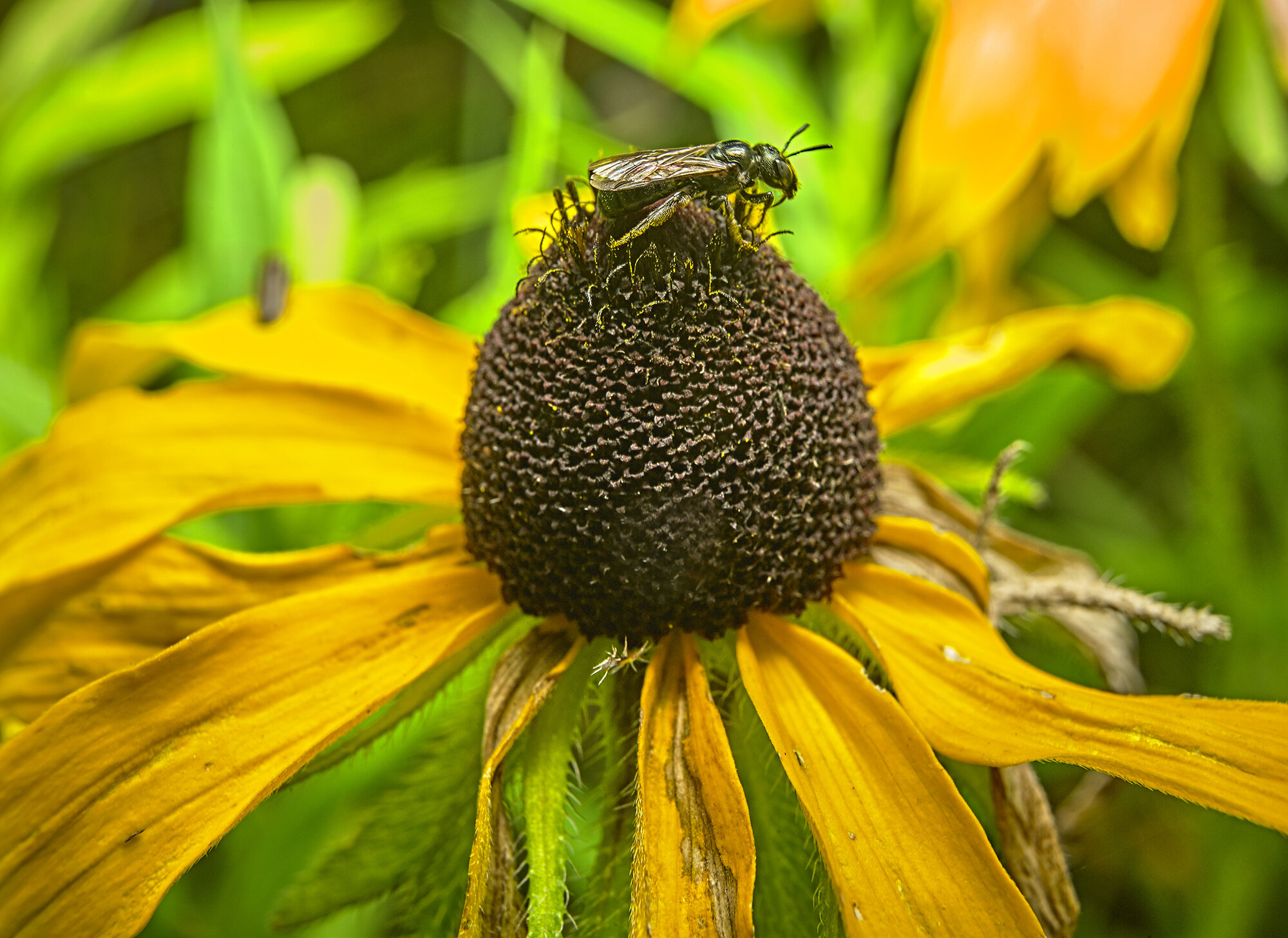 
A meadow’s lush array of flowers needs a full phalanx of bees to pollinate them—far more than just the honeybees and bumblebees that most people are familiar with, according to a new study by a team of researchers including University of Maryland entomologist Michael Roswell. A postdoctoral associate in the Department of Entomology, Roswell helped demonstrate that less common bees are much more important for ecosystem health than previously documented.

Previous research on bees as pollinators tended to focus on specific plants—frequently crops—or on entire communities of plants as if they were a single entity. This tended to over-emphasize the contribution of the most common bees, especially since 2% of the bee species provided 80% of the pollination in crops. But no previous work had asked the basic question: How many pollinator species are needed to pollinate all the species in a given community of plants?

Roswell and his colleagues have now shown that the more plant species there are, the more bee species are needed for pollination. They found that the less common bees often visited specific plants others didn’t. Their findings shed new light on the role of rare species in ecosystems—critical to conservation efforts because rare species are most at risk of extinction from habitat loss, pollution, climate change and other factors. The study appeared April 13, 2022, in the Proceedings of the Royal Society B.

“Our work shows that things that are rare in general, like infrequent visitors to a meadow, can still serve really important functions, like pollinating plants no one else pollinates,” said Roswell, who studies diversity and pollination in the UMD Department of Entomology and is a co-author of the study. “And that’s a really good argument for why biodiversity matters.”

The researchers surveyed 10 plots in New Jersey that included wild meadows and seeded fields over one year. They observed bees from over 180 species making nearly 22,000 visits to over 130 different plant species. The team used these encounters to estimate the pollination services each type of bee provided to each plant, because a plant’s most frequent floral visitors are typically its most important pollinators.

Their analyses showed that an entire meadow community relied on 2 ½ to 7 ½ times more bee species for pollination than a single typical plant species does. They also found that the locally rare species accounted for up to 25% of the important pollinator species, and that number was greatest in meadows with the most plant diversity. This suggests that at larger scales like entire ecosystems, the number of locally rare species that are important for pollination is even greater.

“We were looking at meadows that might be a few acres in size,” Roswell said, “but a typical bee flies over a couple of square miles, which is a really large and complicated landscape filled with lots of different kinds of plants that flower at different times and are visited by different insects. At that scale, even more diversity of pollinators is likely to be important.”

Pollination by birds can be advantageous

More information:
Many bee species, including rare species, are important for function of entire plant-pollinator networks, Proceedings of the Royal Society B: Biological Sciences (2022). DOI: 10.1098/rspb.2021.2689. rspb.royalsocietypublishing.or … .1098/rspb.2021.2689
Provided by
University of Maryland