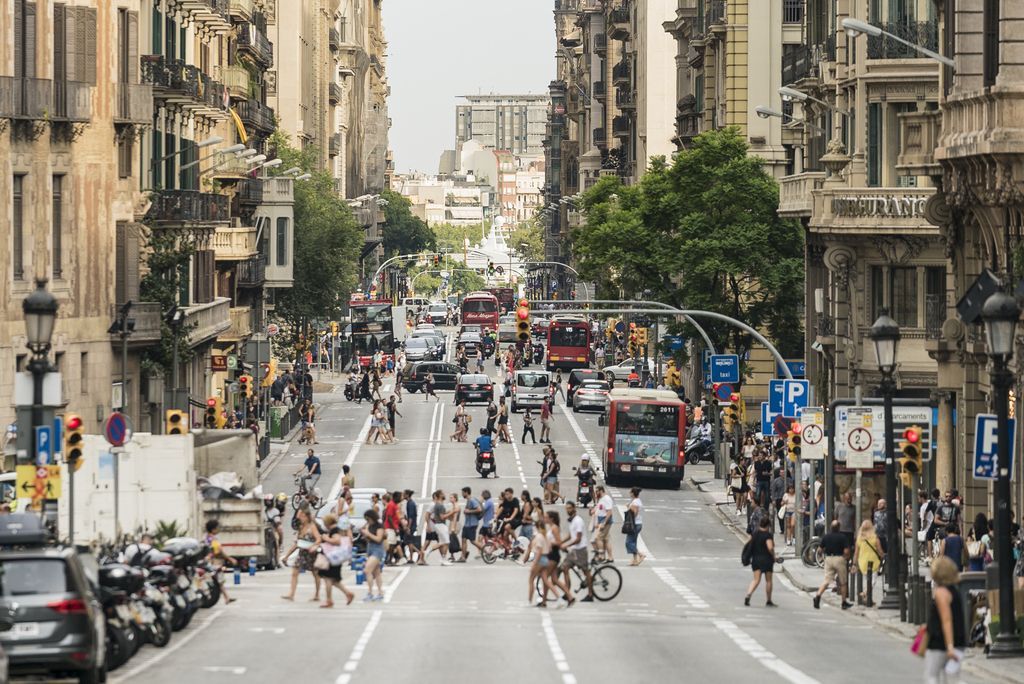 The climate crisis has made heat waves more likely and more intense around the world. In the northern hemisphere, the record-breaking temperatures are putting millions of people in danger. During the last months, recurring heatwaves have been affecting Central and Western Europe, causing wildfires, evacuations, and heat-related deaths. In the United States, local leaders are also urging caution, while densely populated cities in Asia are announcing strategies for coping with the extreme temperatures.

Cities are on the front lines of this public health emergency. People living in urban areas are among the hardest hit when heatwaves happen, partly because of urban heat islands. This is a phenomenon that occurs when cities replace the natural land cover with dense concentrations of surfaces that absorb and retain heat, like pavements and buildings. Heat risk levels also vary by neighborhood, with less affluent and historically marginalized sectors being the most affected due to the density of the population, limited access to cooling systems, and the limited availability of green urban spaces. 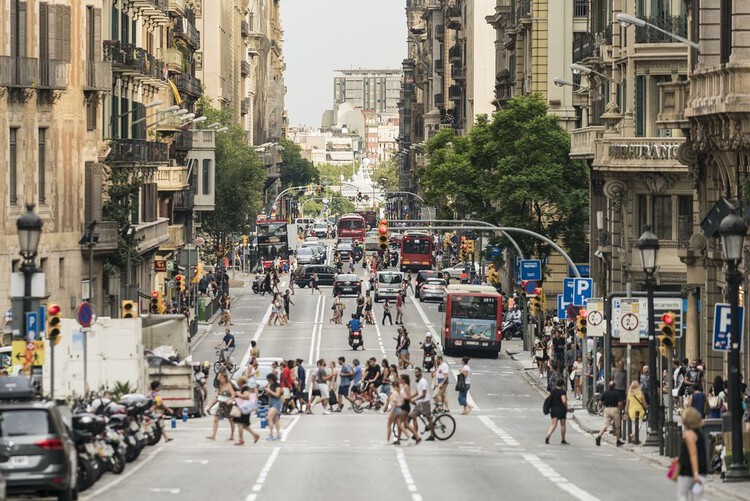 Read on for a list of measures cities can take to mitigate the effects of rising temperatures.

Urban Heat Islands Are Increasingly Dangerous, But Planners and Designers Have Solutions

Urban green spaces are perhaps the most efficient and intuitive way to reduce urban heat island effects and provide comfort for nearby occupants. Expanding the green infrastructure and improving access to parks and urban gardens is especially relevant in low-income neighborhoods, known to have fewer and smaller parks and green spaces, a phenomenon known as the “park equity gap.” Trees and other plants help cool the environment by providing shade and through evapotranspiration. Besides increasing the number of parks and gardens within a city, vegetation can be integrated into the urban fabric in a multitude of ways, from planting trees along the streets to green roofs and vertical walls, all playing a role in providing thermal comfort to local residents.

In recent years, several innovative materials have been developed that capitalize on the benefits of white paint to reflect heat off of buildings and pavements and create cooler temperatures that reduce the use of additional mechanical cooling systems. The Coolest White paint, developed by UNStudio, is an example of a coating system with a very high total solar reflectance (TSR). Other pilot projects are using reflective asphalt-based coatings, such as CoolSeal paint, to cover streets and pavements in an effort to reduce the side effects of heat islands. Opting for simple white paint, even without any special anti-heat properties, can also significantly contribute to a cooler overall environment.

Read more: White Paint Can Cool Down Our Heating Cities

Whenever temperatures start rising, people begin to rely more and more on air conditioning systems to keep cool. Besides being an unsustainable, energy-intensive system, waste heat released from the AC also contributes to the heat island effect. Cooling solutions can be divided into two categories: active, such as AC systems, or passive. The latter refers to strategies that regulate heat gain and dissipation with little or no energy consumption. This involves preventing heat gain through shading and insulation and dissipating the heat already accumulated through ventilation, evaporative cooling, or other similar options.

Read more: Cooling Interiors Will be the Architectural Challenge of the Future

While most of these efforts involve long-term planning processes, cities are also implementing seasonal measures to protect their most valuable citizens from extreme heat. Cities like Barcelona and Paris have created networks of climate shelters. These are specially conditioned spaces kept at 26 degrees Celsius with good accessibility, rest, and water areas to ease the sensation of heat. Public spaces and local schools across the cities are adapted to serve as shelters, while outdoor parks with a high presence of urban greenery and water fountains are also promoted. The city of Paris has also implemented a mobile app that monitors thermal comfort in all city areas and helps users find the nearest cooling space, free drinking water spot, or plan the best route to avoid discomfort.

Read more
Previous articleExplainer | What does 1 degree on the thermostat mean for climate change?
Next articleThe westward spread of zebra and quagga mussels shows how tiny invaders can cause big problems