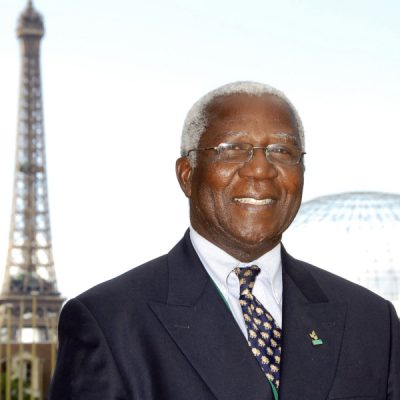 
Professor Alfred Apau Oteng-Yeboah, a renowned botanist and Chairperson of the National Biodiversity Committee (NBC) of Ghana, is asking the Government to gather comprehensive primary data on Ghana’s ecosystems, plant and animal species.

This, he explained, was critical to shaping initiatives, planning and informing policy directions in all sectors of the economy, including energy, tourism, agriculture and health.

He said data-deficits on nature undermined efforts to its conservation and sustainable use.

Prof Oteng-Yeboah,who was speaking at the Ghana Biodiversity Information Management workshop in Accra, said the country’s ability to compile its biodiversity data could serve as the basis to develop a green economy and attract direct foreign investment (FDI).

The ABC project is being coordinated by the South African National Biodiversity Institute (SANBI) with funding from the JRS Biodiversity Foundation.

The project is being implemented in Ghana in collaboration with Conservation Alliance International, A Rocha Ghana, Council for Scientific and Industrial Research (CSIR)-Plant Genetics Resources Research Institute with mentorship support from the Ghana Biodiversity Information Facility of the University of Ghana and technical backstopping from the Biodiversity Information Management Forum (BIMF) of Ghana.

Prof Oteng-Yeboah, who is the winner of the MIDORI Prize for Biodiversity in 2014 said Ghana’s ability to mobilise biodiversity data and mainstreaming it in the governance structures especially the local assemblies would address the current degradation of green belts.

Dr Simmy Bezeng, KBA focal person for Southern and West Africa, told the Ghana News Agency that Ghana’s ability to obtain a comprehensive database on its biodiversity would help the country know the level of degradation, unique species, those endangered and critically endangered.

He explained such information would help the country to decide which ecosystem needed restoration and sought for the requisite funding to undertake such activity.

“A quick look at some sites using satellite imagery showed that some ecosystems were in poor state and needed urgent restoration,” he said.

Mr Mathew Child, a Biodiversity Economy Scientist at SANBI, observed that not much investment had been made in gathering and managing data to promote the values of the country’s biodiversity.

Ideally, he noted that the country needed a biodiversity information system that could take data from multiple agencies to aid decision making.

He said there was the need to invest in building the capacity of institutional scientists to gain the skill set to utilise the information for planning, managing, decision-making and monitoring.

“As part of the African Biodiversity Challenge (ABC) initiative, new datasets were collected at Atewa forest. Due to the unique species found in that forest it had been proposed as one of the Key Biodiversity Areas in the world,” he said.