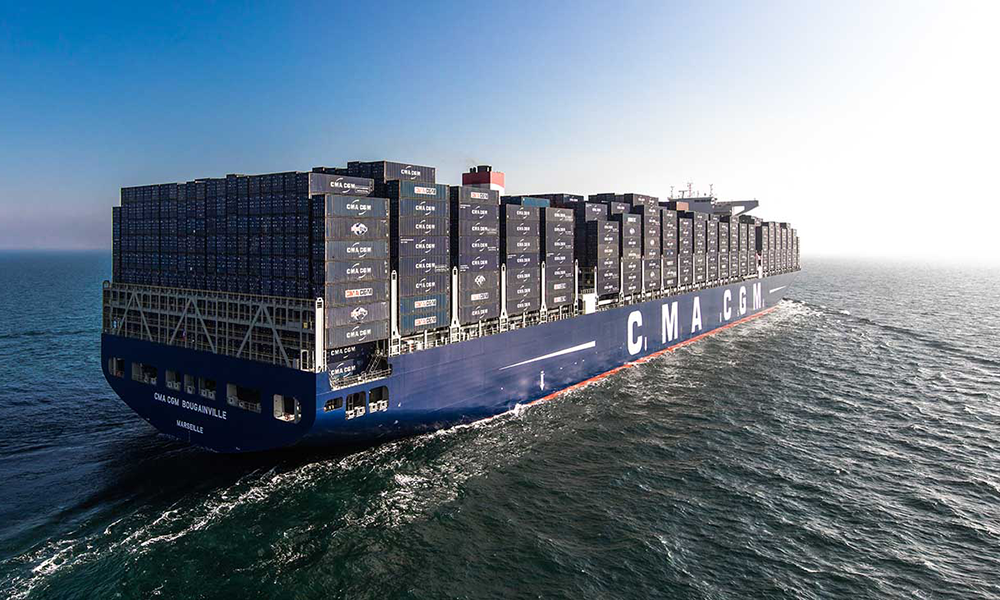 Global shipping and logistics company, CMA CGM Group, will no longer transport plastic waste cargo aboard its ships, following the One Ocean Summit this year.

During the One Ocean Summit, Chairman and CEO of the CMA CGM Group announced the decision had been made in an effort to demonstrate its commitment to “protecting the environment and conserving biodiversity”.

To enforce this commitment, while maintaining sufficient anticipation buffer for customers, it has informed customers that no plastic waste will be loaded onboard CMA CGM Group’s vessels from 15 April 2022.

To ensure effectiveness of this measure, it has established a ban on the HS code (category 3915) for plastic waste. It said that false declarations on the nature of the goods will lead to a ‘blacklisting of the incriminated entity’.

With this decision, the CMA CGM Group is stepping up its efforts to make conserving biodiversity one of the priorities of its CSR policy and to develop trade that is more responsible and fair for everyone and for the planet

Every year, around 10 million tonnes of plastic waste end up in the sea, CMA CGM Group said. It said that unless action is taken, that figure is set to triple over the next 20 years to reach 29 million tonnes per year, which will cause “irreversible damage to marine ecosystems, fauna and flora”.

The causes of this pollution include open-air storage and the absence of processing infrastructure for plastic waste that does not actively get recycled or reused, it says.

With the decision that it will no longer transport plastic waste on board its ships, CMA CGM will prevent this type of waste from being exported to destinations where sorting, recycling or recovery cannot be assured, it says.

The group said in a statement: “The Group has thus decided to take practical steps where it has the operational capability to do so, heeding the urgent calls made by certain NGOs.

“With this decision, the CMA CGM Group is stepping up its efforts to make conserving biodiversity one of the priorities of its CSR policy and to develop trade that is more responsible and fair for everyone and for the planet.”

Read more
Previous articleEvo Hemp Birthday Cake Hemp Bar
Next articleState of the US Cannabis Payment Processing Market: An Interview with Executives at KindTap and Aeropay