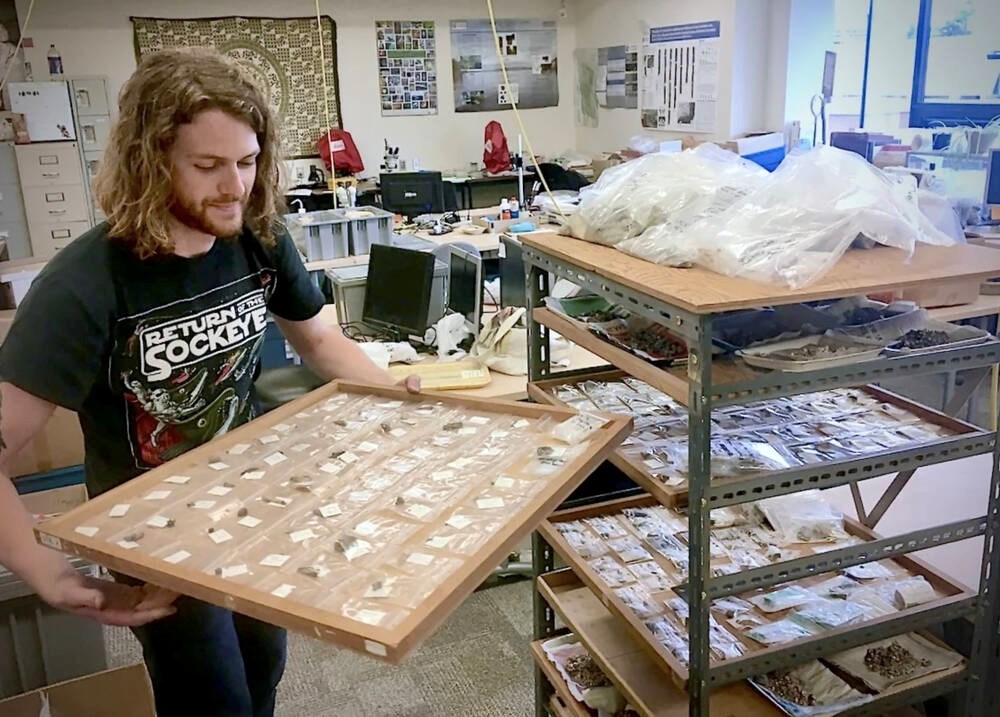 The study of 5,000-year-old fish bones on the West Coast is revealing how Indigenous people adapted to warming oceans — information that could shape present day adaptations and fisheries management as the climate crisis advances, University of Victoria researchers say.

The study of 5,000-year-old fish bones on the West Coast is revealing how Indigenous people adapted to warming oceans — information that could shape present day adaptations and fisheries management as the climate crisis advances, University of Victoria researchers say.

Fish skeletons unearthed at the ancient villages of Ts’ishaa and Huu7ii in Barkley Sound off west Vancouver Island were examined to determine the types and amounts of fish Indigenous people were catching and then calculate how ocean temperatures shifted between 3000 BC and 1700 AD, said UVic anthropology professor and co-author Iain McKechnie.

The calculations are reflected in a scale, or type of “thermometer”— called the mean temperature of the catch (MTC) — which analyzes shifts in fisheries catches with changes in ocean temperature.

Specific fish are likely to be more abundant and caught more often in water temperatures they prefer, McKechnie said, adding the MTC has been used to identify changes in contemporary fisheries catches due to climate change, but hasn’t been tested using archeological evidence before the study.

Over the time span of the study, the MTC rose about 0.3 C to 0.7 C, said lead author Dylan Hillis.

“This change in the relative amount of what fish were caught was enough to detect changes in temperature,” said Hillis, a UVic anthropology researcher.

The type of fish being caught by the ancestors of the Tse-shaht First Nation at the Ts’ishaa village site and the Huu-ay-aht Nation at the Huu7ii location remained similar over time, but the proportion of each species caught changed, he said.

“Salmon made up the bulk and become even more common later in time, but warmer water species like sculpin, hake and dogfish also increased,” Hillis said.

A rich abundance of ancient Indigenous fisheries evidence worldwide is generally not being considered or incorporated in modern fisheries management, which typically relies on mere decades of data, McKechnie said.

Tapping that reserve of information could vastly broaden understanding of the timelines and geographic scale of ocean temperature baselines and how coastal people adapted, he said.

“There’s a whole universe of fisheries information in the archeological record that is not always being brought into conversation with modern fisheries,” McKechnie said.

“By drawing on the past to better our knowledge of what human fisheries were, [we can make] it relevant to modern-day climate change research,” he said.

William Cheung, who co-developed the MTC method and is a professor at UBC’s Institute for the Oceans and Fisheries, said the ocean, the fish catch and people’s consumption patterns have been shifting for millennia.

“The only difference is that today, due to humans’ carbon dioxide emissions, we’re increasing ocean temperatures at an unprecedented rate,” Cheung said.

“The consequences of warming oceans will be much higher than they were in the past.”

Tom Happynook, hereditary whaling chief of the Huu-ay-aht First Nation, hopes the study’s findings will help educate his community on how their ancestors lived.

“I also hope that the information is shared with the public at large, including scholars on climate change, so they can have an understanding of our worldviews,” Happynook said, adding Huu-ay-aht lands, resources and waters have sustained the nation for generations.

“This study can show we adapted, and it now teaches us that we need to plan to adapt again as our world is evolving daily,” Watts said in a statement.

“We hope this will influence our discussions with government, but more importantly, ensure we leave our children and future generations with a better world than that which we live in now.”