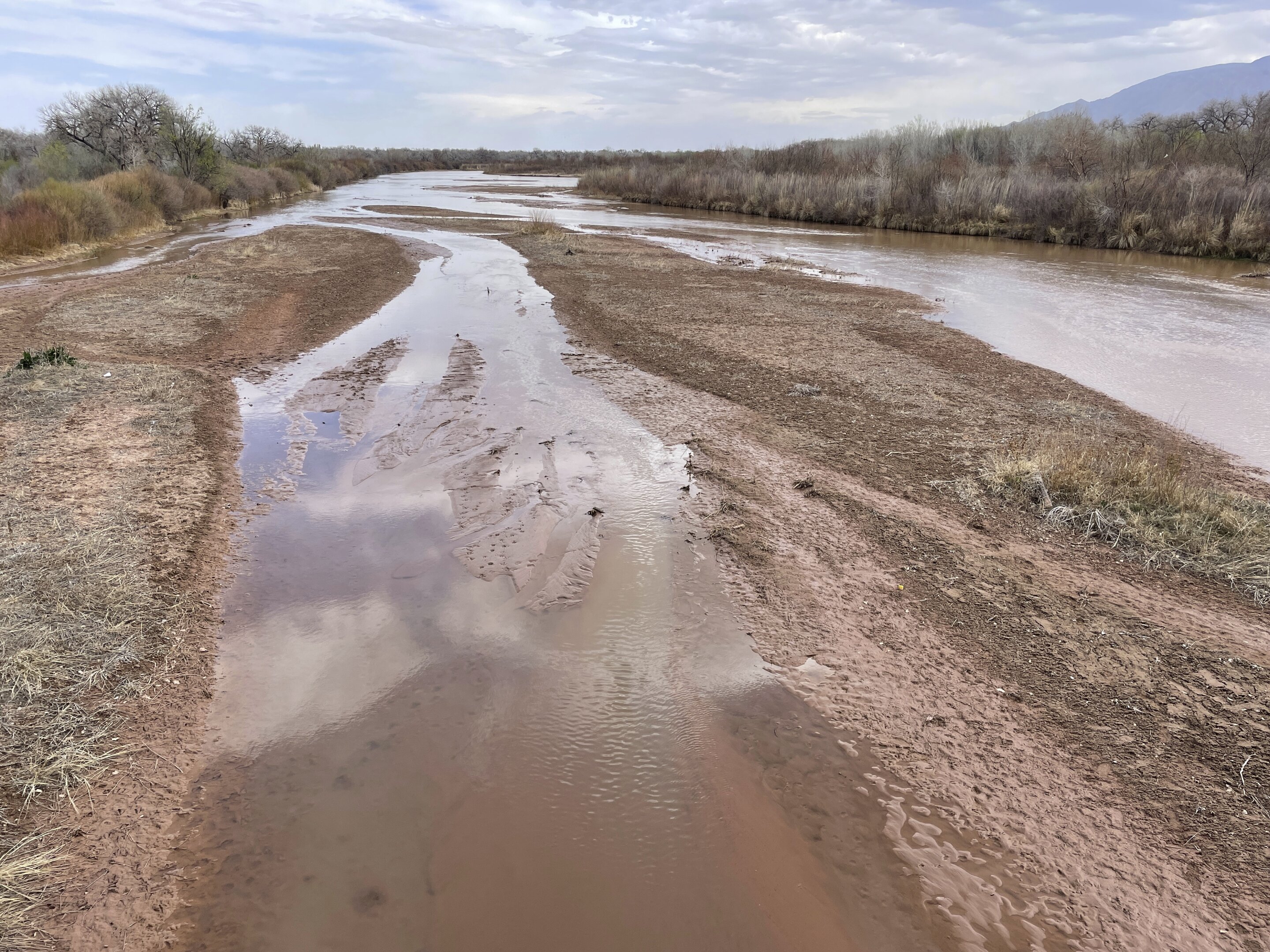 
Tumbleweeds drift along the Rio Grande as sand bars within its banks grow wider. Smoke from distant wildfires and dust kicked up by intense spring winds fill the valley, exacerbating the feeling of distress that is beginning to weigh on residents.

One of North America’s longest rivers, the Rio Grande is another example of a waterway in the western U.S. that’s tapped out.

From the Pacific Northwest to the Colorado River Basin, irrigation districts already are warning farmers to expect less this year despite growing demands fueled by ever-drying conditions. Climate experts say March marked the third straight month of below-average precipitation across the U.S. and areas of record dryness are expanding in the West.

On Thursday, federal water managers are scheduled to share their annual operating plan for the Rio Grande, a major water source for millions people and thousands of square miles of farmland in Colorado, New Mexico, Texas and Mexico. Its outlook is expected to be similarly bleak.

Mark Garcia, who farms about 400 acres (160 hectares) with his family in Valencia County, just south of Albuquerque, ran the numbers. He has a degree in mathematics and taught calculus for years before retiring and turning to the farm full time.

He found his family would be compensated for not irrigating about half of its acreage this year, and more water would be left in the river to help New Mexico work off a debt that has been growing as the state falls short of its obligations to deliver water to neighboring Texas.

“Logically, it was almost like a no-brainer,” Garcia said of opting into the fallowing program. “The risk analysis was, I had to take it, I had to do it. I didn’t want to, though.”

Sitting in his backhoe in one of his fields, Garcia began to get emotional. He said he grew up watching his dad farm the land.

“I was born into this,” he said. “The hard thing for me is I feel like I don’t want the government to pay for me not to work. I have an issue with that.”

Even the conservancy district, which oversees irrigation from Cochiti Dam south to Elephant Butte Reservoir, acknowledges it’s a temporary solution.

Casey Ish, a water resources specialist with the district, said over 200 irrigators have enrolled, and officials are targeting fields that are less productive or need to be rested.

“For us, this is just one tool and one way the district is trying to help the state manage the state’s compact debt, but we certainly don’t anticipate pulling a third or half the district into a fallowing program year over year,” Ish said. “That’s not sustainable from a price point or an ag point.”

Thursday’s virtual meeting will include estimates of how much the Bureau of Reclamation will have to work with this season based on spring runoff predictions and current reservoir levels.

With below-average snow cover and reservoirs in some places reaching critically low levels, the National Oceanic and Atmospheric Administration noted in its most recent monthly climate report that concerns are mounting that the western drought will intensify.

On the Colorado River, the U.S. Interior Department recently proposed holding back water in Lake Powell to maintain Glen Canyon Dam’s ability to generate electricity amid what it said were the driest conditions in the region in more than 1,200 years.

The potential impacts to lower basin states that could see their water supplies reduced—California, Nevada and Arizona—aren’t yet known. But the conundrum speaks to the wide-ranging functions of Lake Powell and Glen Canyon Dam, and the need to quickly pivot to confront climate change.

In the Pacific Northwest, experts are predicting one of the driest summers on record, noting that nearly 71% of the region made up of Oregon, Washington and Idaho is in drought and nearly one-quarter is already experiencing extreme drought.

An irrigation district that supplies more than 1,000 farmers and ranchers on the California-Oregon border announced earlier this week that they would get a fraction of their normal water allocation this year due to drought. It’s the third consecutive year that severe drought has impacted farmers, fish and tribes in a region where there’s not enough water to satisfy competing demands.

Irrigation districts that supply water to farmers along the Rio Grande in southern New Mexico and along the Pecos in the east also are promising short seasons.

Just north of the New Mexico-Colorado border, farmers in the San Luis Valley turned on their spigots April 1, drawing on their share of the Rio Grande. Water managers in New Mexico immediately saw the gauges drop, meaning less water ultimately will make its way to central New Mexico.