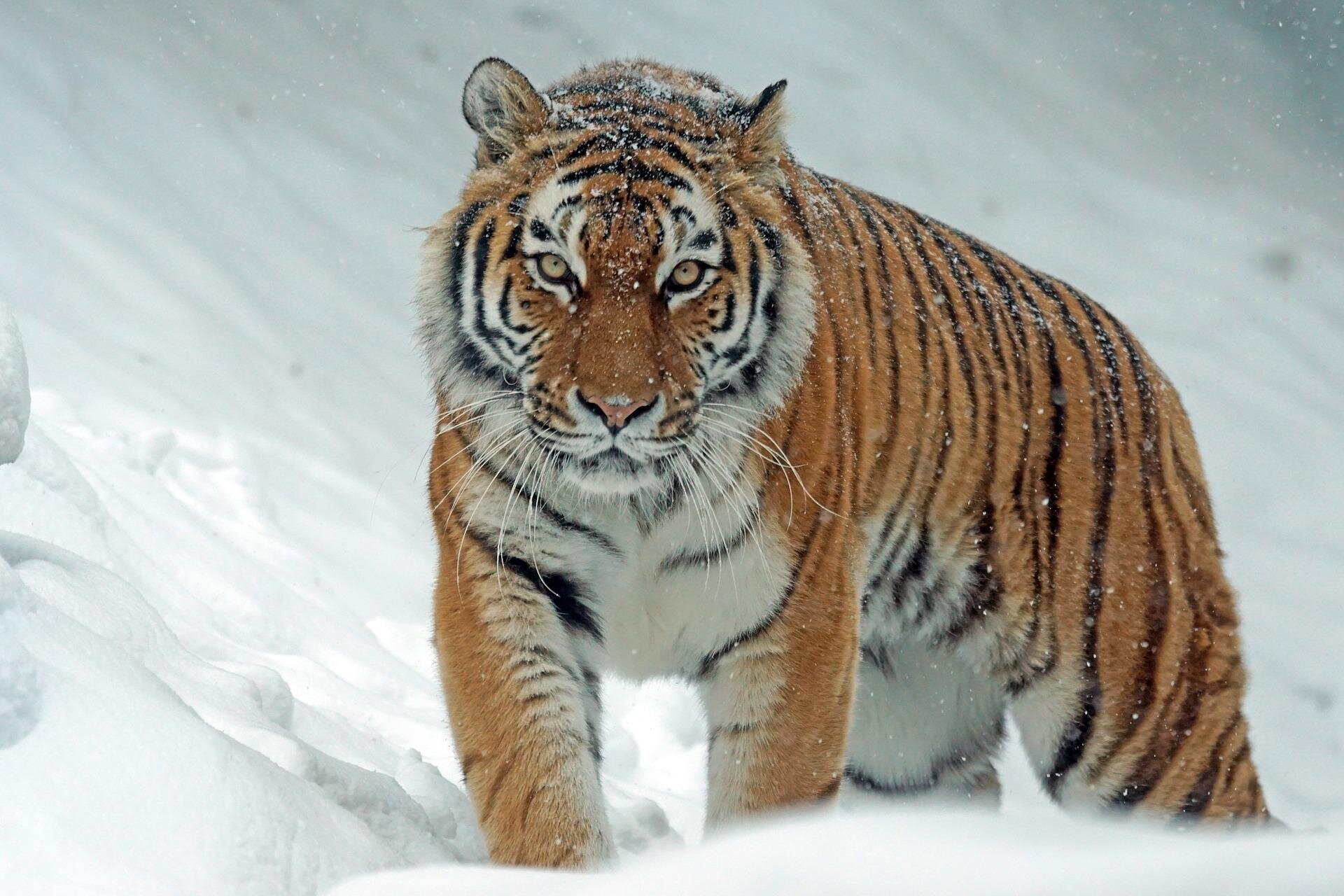 
Effective national and international laws are needed to reverse the decline of populations of large carnivores—such as tigers, wolves, and eagles—and reduce their risk of extinction, reports a paper published in Scientific Reports. The authors find that of 362 carnivore species assessed, only 12 species (mostly marine mammals) have shown genuine improvement in extinction risk. Carnivores protected by international legislation were 6.8 times as likely to show a reduced extinction risk, while those with controlled hunting plans were three times as likely to be at lower risk of extinction.

Large carnivores play a crucial role in ecosystems, but common traits such as requiring large areas to live, and having low reproduction rates and high potential for conflict with humans, make large carnivore conservation particularly challenging.

Adrian Stier, Kurt Ingeman, and colleagues identified 362 carnivore species from six different major taxon groups (sharks and rays, bony fish, amphibians and reptiles, birds, terrestrial mammals, and marine mammals) using existing databases. Species on this list included leopard, yellowfin tuna, steppe eagle, and gharial, among others. The authors compiled data on population trends and their extinction risk status from the International Union for the Conservation of Nature (IUCN) database in 2019, and report that 137 (37.8%) of large carnivore species were considered threatened (classed as vulnerable, endangered, or critically endangered). Marine mammals had the lowest proportion of threatened species (26.5%), while 60.9% of rays and sharks included were threatened.

The authors then assessed large carnivore population recovery, based on whether the IUCN listed an increasing population trend and whether their IUCN status had improved since they were first assessed. 39 species (10.7%) showed recovery for one or both factors, although these improvements were concentrated among marine mammals such as humpback whales (Megaptera novaeangliae) and Steller sea lions (Eumetopias jubatus). Among terrestrial mammals, only the Iberian lynx (Lynx pardinus) met either recovery criterion.

Finally, the authors compared patterns of targeted conservation actions—such as habitat protection and restrictions on hunting—with whether the species’ population showed signs of recovery. National and international legislation and the identification of conservation sites were associated with reduced risk of extinction in carnivore species, and the authors suggest that these findings provide a glimmer of hope that large carnivore population declines can be reversed.

Over half of threatened species require targeted recovery actions

Delta-8 THC is one of the most talked-about...
Read more
Previous articleDestruction of nature as threatening as climate crisis, EU deputy warns | Biodiversity
Next articleNew study suggests seafood retailers can protect biodiversity and profitability