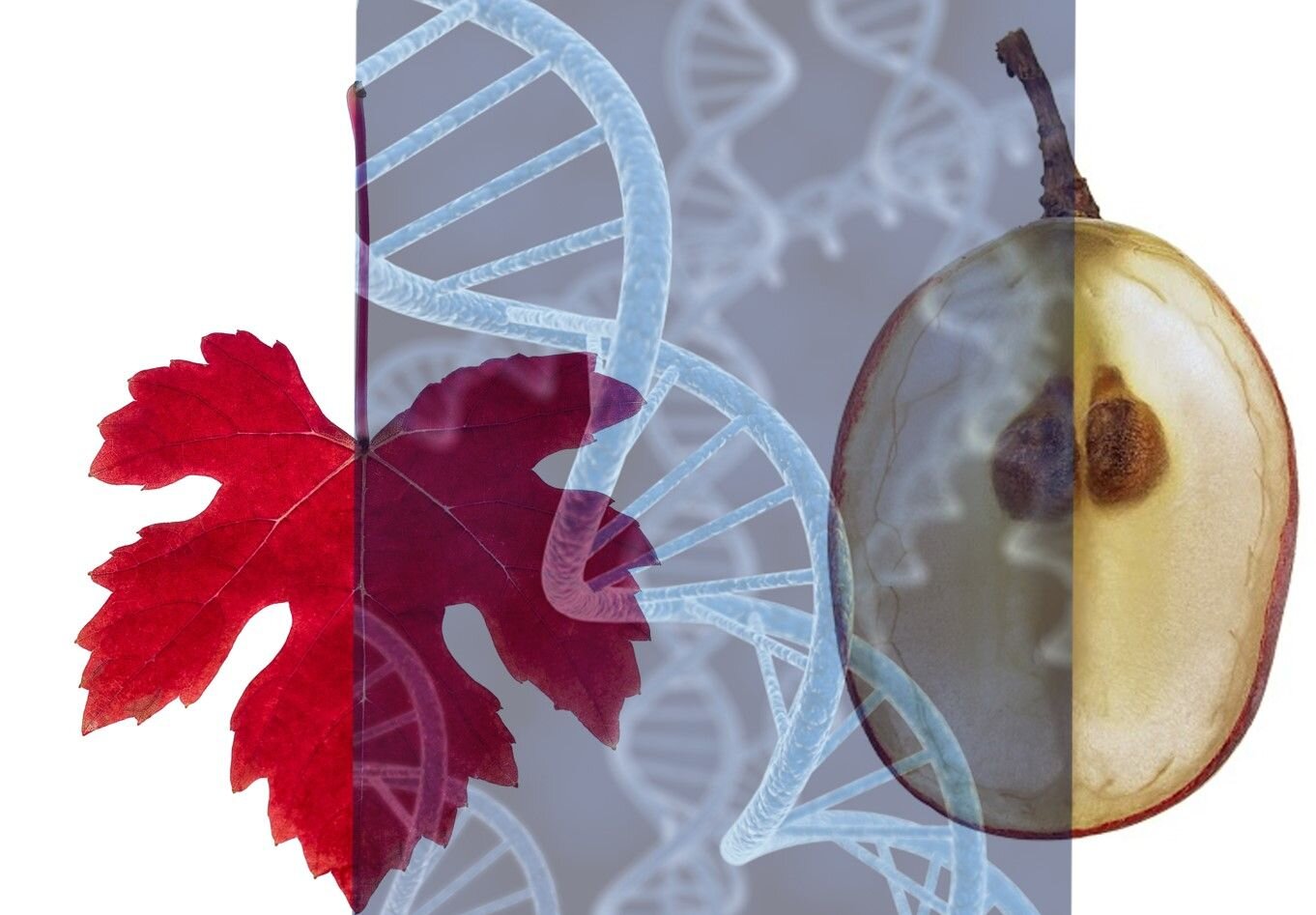 
Harmful fungi cause enormous agricultural losses. Conventional techniques for combating them involve the use of poisonous fungicides. Researchers at Karlsruhe Institute of Technology (KIT), working with partners from Germany, France, and Switzerland on the DialogProTec project, have developed environmentally safe alternatives that trick the pathogens’ chemical communication with plants. Now that the research has been completed, the new technology is ready for use.

First, the leaves turn brown, then the entire grapevine dies. A fungal infection called esca is a threat to wine production in Europe and causes millions in damage to winemakers every year. “This disease has been known in Southern Europe since the Middle Ages, but it never played a major role,” says Dr. Alexandra Wolf from KIT’s Botanical Institute, which coordinates the DialogProTec project. “But because of climate change, the fungus is now encountering many plants weakened by climate stress.”

Conventional plant protection usually involves the use of poisonous fungicides to fight fungal diseases like esca. In DialogProTec, the researchers have developed a completely new approach that works without any environmentally hazardous toxins. “In nature, organisms interact using chemical signals. We’ve been able to identify some of the signals between the host and the pathogen, and to manipulate them,” says Wolf, who adds that this “biohack” is precise and effective and has a minimal ecological footprint.

To develop the new methods, the KIT-led project founded an interdisciplinary research network including specialists in botany, fungal genetics, microsystem technology, organic chemistry, and agricultural sciences. The network used about 20,000 fungus strains from the collection at the Institute of Biotechnology and Drug Research (IBFW) in Kaiserslautern and about 6,000 plant species from KIT.

The researchers didn’t need to work with entire plants and fungi to identify and exploit the right signals. Instead, they worked with individual cells. A microfluidics chip jointly developed with KIT’s Institute of Microstructure Technology served as the basis for a miniature ecosystem. “We placed plant and fungi cells on chips a few square centimeters in size so that they can’t come into physical contact but can interact chemically via a microfluidic current,” says Christian Metzger from the Botanical Institute at KIT.

“To make this interaction visible, we equipped the genetic material in the plant cells with a gene switch and a fluorescence gene. Whenever a chemical signal activates the immune system, we can measure the green fluorescence.” The gene switches are from wild grapevines, in which the researchers had previously detected an especially active immune response.

During their investigations, the researchers first decoded the chemical communication between fungus and plant that accompanies a fungal attack. One of the things they identified was signal substances that the fungus uses to suppress the plant’s immune response. “They’re part of a chemical interaction shaped by a long evolutionary process and are produced as soon as the fungus detects specific stress signals from the plant,” explains Professor Peter Nick, who heads the project and the Botanical Institute. The team then identified molecules that could be used to reactivate the immune response. “When we use them for plant protection, the plants can often ward off the fungus. You can think of it as a vaccination for plants,” says Nick.

DialogProTec’s innovative technology is already on its way into practical use and is soon to be tested in the field. In addition to their work on an alternative to fungicides, the project team has also developed new approaches to promoting plant growth or fighting weeds, where signal substances could also replace poisonous herbicides in the future.

Plant protection: Communication instead of poison

Provided by
Karlsruhe Institute of Technology

Delta-8 THC is one of the most talked-about...
Read more
Previous articleBig Butterfly Count in UK begins with eyes on declining numbers | Butterflies
Next articleFuture choices about trade, diet and climate change will be key in securing nutrient rich food