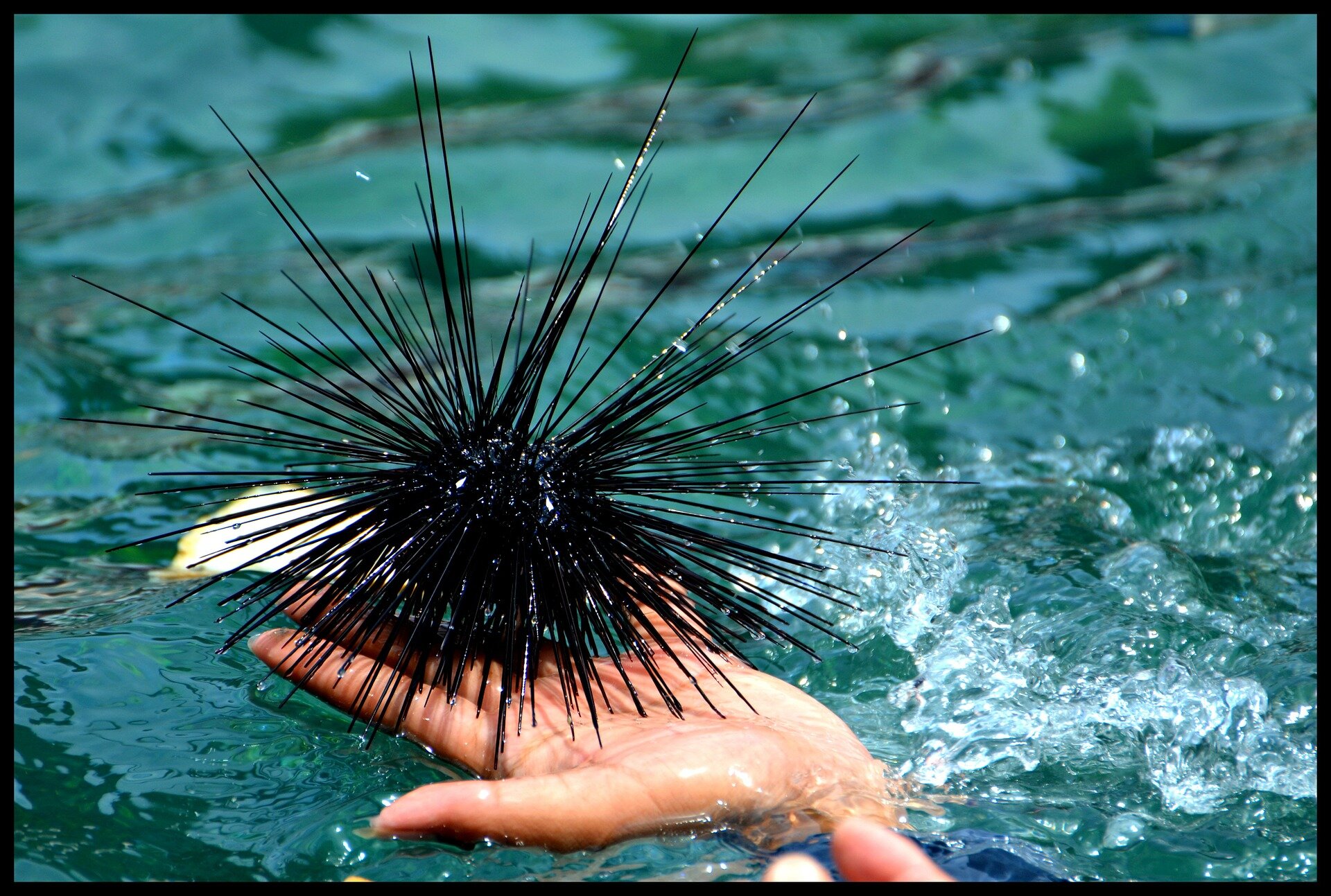 
Sea urchins are dying across the Caribbean at a pace scientists say could rival a mass die-off that last occurred in 1983, alarming many who warn the trend could further decimate already frail coral reefs in the region.

Dive shops first began reporting the deaths in February, perplexing scientists and worrying government officials who are receiving a growing number of reports about dying sea urchins from islands including Antigua, St. Lucia, Dominica, Jamaica, St. Vincent, Saba and the U.S. Virgin Islands as well as Cozumel in Mexico.

“It’s very concerning, particularly because it’s happening so quickly,” said Patricia Kramer, a marine biologist and program director of the Atlantic and Gulf Rapid Reef Assessment, a scientific collaboration to improve reef conditions in the region.

At first, the mortality event was linked only to black sea urchins—Diadema antillarum—which are recognizable by their extremely long, skinny spines. But two other species have since been affected, including the rock boring sea urchin and the West Indian sea egg.

The deaths worry Kramer and other scientists including Dana Wusinich-Mendez, Atlantic-Caribbean team lead for the U.S. National Oceanic and Atmospheric Administration’s coral reef conservation program: “Losing our sea urchins would be really devastating.”

The deaths are of concern because sea urchins are herbivores known for being efficient grazers that remove macro algae from coral reefs and clear space for baby sea corals to attach themselves, the two scientists said.

“They’re kind of the unsung heroes of the reefs because they do so many good things,” Kramer said.

While macro algae are an important source of food and shelter for some fish, too many of them can degrade coral reefs that are under stress by warmer-than-average ocean temperatures and a disease known as stony coral tissue loss.

Overfishing across the Caribbean already had led to a greater abundance of macro algae, which was kept in check by sea urchins that are now dying, said Shamal Connell, an officer with St. Vincent and the Grenadines’ Fisheries Service who oversees research.

“It’s very urgent that we find a solution,” he said.

The Atlantic and Gulf Rapid Reef Assessment recently helped create a network to investigate the deaths, analyze tissue samples and find solutions. It includes the Florida-based Gulf and Caribbean Fisheries Institute and nearly two dozen groups in the Caribbean and U.S.

Kramer noted that very few black sea urchin populations recovered from the 1983 event that began in the Atlantic Ocean near the Panama Canal and spread northward and then eastward over the next 13 months.

During that time, only the black sea urchin was affected, with 90% or more of the population dying, though at a much slower rate than the current event, she said.

“Just when we’re getting to the point where they’re recovering, they’re dying,” Kramer said.

The U.S. Virgin Island of St. Thomas was the first to report the newest round of deaths in February, although it’s unclear whether that’s where the event started.

In mid-March, the Dutch Caribbean island of Saba reported similar deaths, noting that 50% of the sea urchin population in its harbor was dead a week later. Officials in Saba said they have around 200 sea urchins in a nursery and are gathering information about the new mortality event, adding that they are treating some with antibiotics that might cure them or prevent them from getting sick.

Meanwhile, Monique Calderon, a fisheries biologist with the government of St. Lucia, said scientists on the eastern Caribbean island are considering launching their own survey to get more details about where the sea urchins are dying and why.

“When the last die-off occurred in the 1980s, the sampling done wasn’t robust enough to determine what the issue was exactly, what might have caused it,” Calderon said, adding that she hopes to find an explanation with improved technology.

She said dive shops in St. Lucia and other Caribbean islands have reported ocean floors littered with sea urchin spines or sea urchins floating in the water when they are normally anchored to a reef via hydraulic structures known as tube feet. Divers also have found dying sea urchins with droopy spines or with their white skeletons poking through their bodies.

The loss of sea urchins comes amid coral bleaching events resulting from high ocean temperatures and the presence of a disease known as stony coral tissue loss that has affected more than 30 coral species in nearly two dozen countries and territories in the Caribbean, according to the Atlantic and Gulf Rapid Reef Assessment program.

Coral reefs also provide protection from rising seas and storm surges generated by hurricanes that have grown more powerful with global warming, and they are a key attraction for a region that relies heavily on tourism.

“We worry that a real crisis is developing in the Caribbean,” the Diadema Response Network stated in a recent report on the loss of sea urchins.