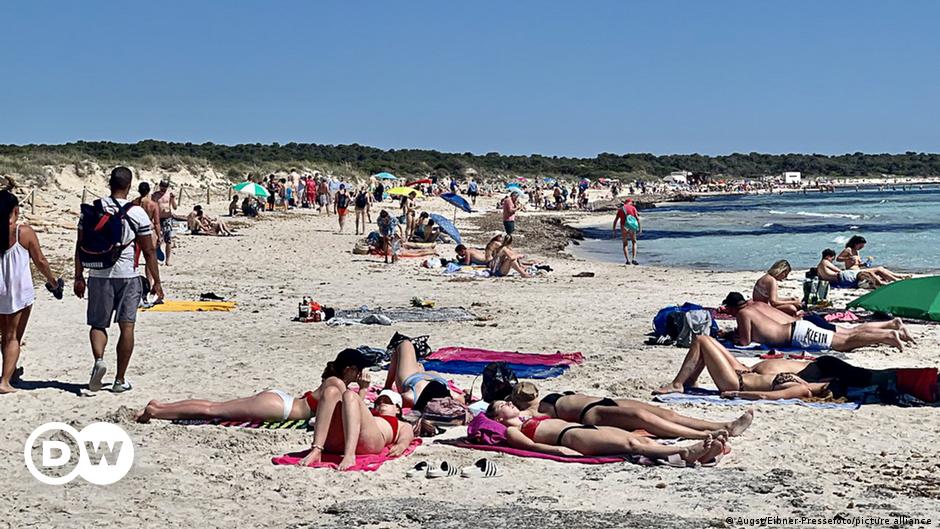 
If you want to see firsthand the impact of climate change, take a trip to Es Trenc, one of Mallorca’s finest beaches. Here, massive concrete bunkers — built in the mid-20th century by the Spanish dictator Francisco Franco — were originally hidden amid the sand dunes. Today, these structures stand out like sore thumbs: Rising sea levels have swallowed up parts of the beach and radically altered this coastal landscape. In total, scientists have found that Es Trenc beach is now 40 meters (130 feet) shorter than it once was. Should global warming continue as projected, many more Mallorca beaches will disappear into the sea. 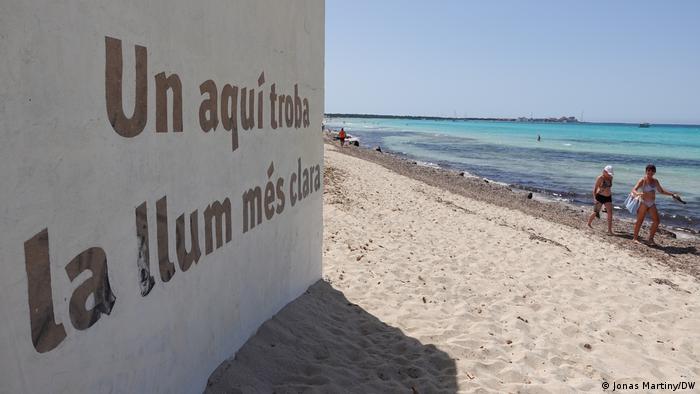 This bunker was once hidden among the dunes

“We are seeing large-scale land loss in the Mediterranean region,” said Thomas Dworak, who coordinated a study by Germany’s federal environment agency on the effects of global warming on tourism that was published in 2021. This is a very concerning prospect for islands such as Mallorca, which are popular with holidaymakers precisely because of their expansive beaches. For now, though, none of this is reflected in visitor numbers. On the contrary: Mallorca is seeing a record number of guests this summer.

“There is little evidence to suggest that people are changing their travel behavior because of climate change,” Dworak said. Though warnings about the consequences for the tourism industry have been mounting for many years, he said there had only been a few studies that demonstrate the potential for concrete effects. 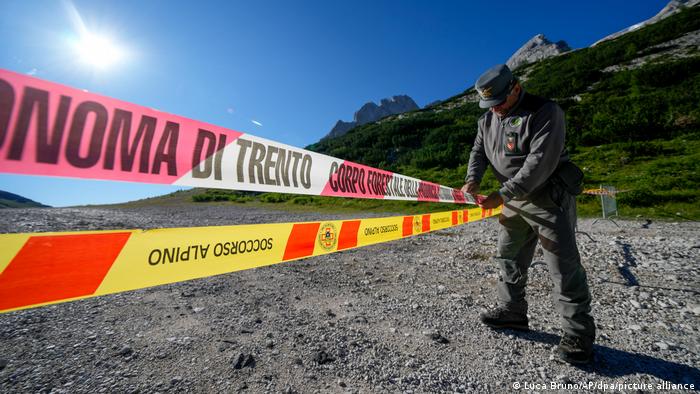 “Many Europeans are creatures of habit,” Dworak said. “Someone who spent the past 20 years going on holiday in Italy will keep doing just that.” Even such shocking natural disasters as the glacier collapse in Italy’s Dolomites in early July, which killed 11 people, do not seem to leave a lasting impression strong enough to change people’s minds.

“If the very same locations suffer repeated flooding, or glacier collapses, it will eventually impact tourism in that region,” said Dagmar Lund-Durlacher, a professor of sustainable tourism management at Modul University Vienna. But, so far, she said, such events have occurred sporadically in different areas. “People are aware of the danger,” she said, “but they don’t associate it with a specific region.” The Caribbean, she said, is an exception. In September 2019, tropical storm Dorian hit the Bahamas, causing massive destruction, which brought the tourist sector to its knees. 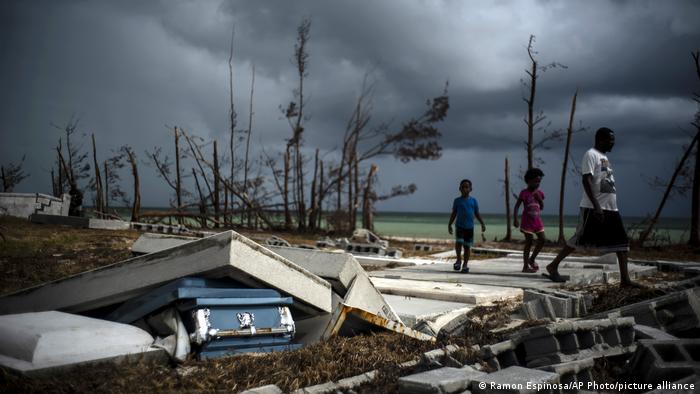 Ski resorts are in some of the regions hit hardest by global warming, as rising temperatures reduce the amount of snowfall. “This is where the connection between climate change and tourism is most apparent,” Dworak said. “If a ski resort received little or no snow for several consecutive years, winter sports enthusiasts will stay away.” 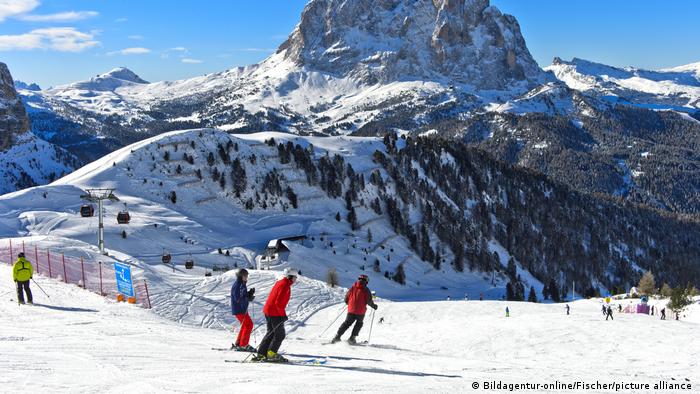 Alpine regions know this problem all too well, though many have resorted to snow cannons to make up for missing snowfall. Artificial snow production, South Tyrol Tourism Minister Arnold Schuler said, has served the region in northern Italy well. Tourists keep coming in the winter months to go skiing and snowboarding. So far, visitor numbers in winter and summer have remained stable. Still, Schuler said, artificial snow production only works at certain low temperatures. There are already areas in South Tyrol where skiing is no longer possible all year round because of shrinking glaciers and rising temperatures.

Vanishing beaches, a higher frequency of storms and floods, and a lack of snowfall are only some consequences of global warming that are bound to have an impact on the tourist industry. Droughts and heat waves will also put tourists off visiting affected regions, as experts have warned for years. Back in 2008, the World Tourism Organization (UNWTO) already highlighted how vulnerable the tourist industry is to climate change. Forest fires, new infectious diseases, biodiversity loss, jellyfish plagues caused by warming oceans — these are just some aspects of global warming that could present major problems for popular tourist destinations in the future. Cooler regions in the north are thus likely to receive more tourists. 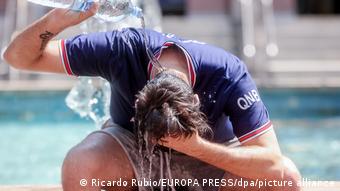 Portugal and Spain have been hit by a major heat wave

“There may already be some tourists who avoid the Mediterranean during summer because of the heat,” Lund-Durlacher said. Though a limited number of tourists are so far staying clear of southern Europe, she said, popular holiday destinations should start thinking about adapting to changing climate. “Sooner or later,” she said, “they must act — or tourists will eventually stay away.”

There is no single blueprint for adapting to global warming. Each holiday destination needs to take region-specific measures, Dworak said. Though some African national parks are threatened by forest fires, parts of Greece face acute water shortages. Sylt, Germany’s popular North Sea island, is seeing its beaches eroding. All this means that solutions must be tailored to the respective region affected. For some locals, it may mean looking for employment outside of the tourist industry. In Italy, Dworak said, this may simply mean encouraging tourists to visit in spring and autumn, instead of the sweltering summer months. 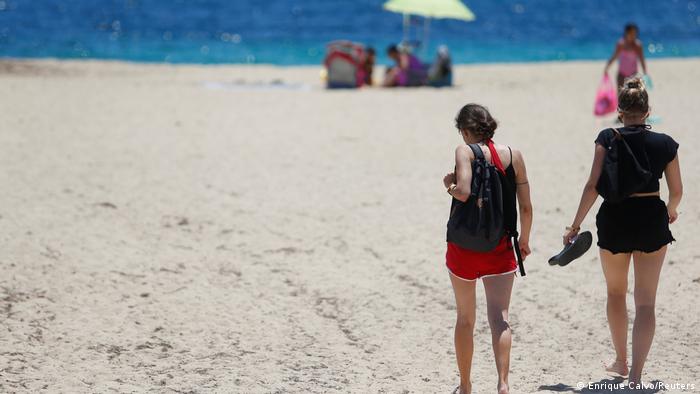 Will Mallorca beach holidays become a thing of the past?

Rising sea levels present a growing problem for the island of Mallorca, yet nobody knows how to stop vast quantities of sand from being washed into the sea. These days, there is only space for three instead of six huts along Es Trenc beach. And the number of parasols and sun loungers has been cut as well.

These seemingly marginal and banal changes, however, point to a much more troubling and far-reaching transformation taking place.

This article was originally written in German

Delta-8 THC is one of the most talked-about...
Read more
Previous articleEscaping Climate Change Liability Just Got A Bit Harder
Next articleEurope’s wildfires aggravated by climate change, EU report warns