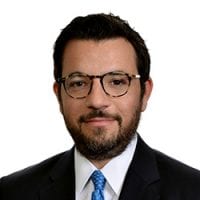 
Doing business in California’s legal cannabis industry remains a risky endeavor. The majority of the industry is still unlicensed, tax rates at the state and local levels are high (notwithstanding a recent reprieve from California’s cultivation tax) and there are not enough licenses to meet geographic demand throughout the state. Outside financing remains difficult to secure for equipment, tenant improvements, account receivables and working capital because, under the federal Controlled Substances Act (CSA), cannabis remains a Schedule I narcotic. Therefore, entrepreneurs, investors and lenders who have stakes in state-sanctioned cannabis enterprises expect to see returns that justify the higher level of risk, which places additional financial pressure on cannabis businesses. In addition to the industry specific challenges, the United States economy is on the verge of a recession that may further hamper the industry notwithstanding the industry’s resiliency during the pandemic when it was deemed to be an “essential” industry that benefited from consumer spending of stimulus monies.

These outside pressures increasingly lead to ownership disputes and creditor defaults that result in litigation and the need for restructuring. In some instances, business partners cannot agree about control and finances of the licensed businesses and in other instances unpaid creditors file suit to enforce their interest in a company’s assets. And sometimes a local municipality discovers wrongdoing by an operator and initiates a health and safety lawsuit to cease the illegal condition.

Bankruptcy reorganization is an option typically utilized by struggling businesses to shed or restructure debt. Cannabis businesses, however, cannot take advantage of bankruptcy remedies because bankruptcy is a product of federal law and federal law still prohibits the sale of cannabis.

As a result, stakeholders in legal California cannabis enterprises must consider alternatives to bankruptcy to collect what they can on their loans and investments in the event the enterprise becomes insolvent or requires restructuring. A well-established alternative to bankruptcy is a state court remedy – the appointment of a receiver over the assets of a business or over the entire business operations. Through the receivership process, stakeholders may obtain many of the same protections available to them through bankruptcy

B. Receivership as an Alternative to Bankruptcy

Under California law, a receiver is a neutral agent of the court appointed to preserve, control, manage and ultimately dispose of property that is subject to the litigation before the court.1 The receiver, therefore, holds property for the court, not the parties to the litigation.

1. The Appointment of a Receiver

The appointment of a receiver rests within the trial court’s discretion. Code of Civil Procedure section 564 contains the broadest statutory authority to appoint a receiver. Subdivision (b), details twelve possible situations in which a receiver may be appointed, most of which are beyond the scope of this article. The most common of these is a lender’s request to appoint a receiver when a borrower defaults on a loan and the lender seeks the appointment of a receiver over its collateral. The statute, however, clarifies that the situations listed in the statute are not exclusive: a court may appoint a receiver “[i]n all other cases where necessary to preserve the property or rights of any party.”

The receiver has general statutory powers.2 The statutory powers include (i) commencing or defending litigation; (ii) taking and possessing property of the receivership estate, (iii) receiving rent, collecting debts, and making transfers, and (iv) acting in accordance with the court’s instruction with respect to the property.3 But the court’s authorization is necessary to sue the receiver and for the receiver to commence litigation.4 In the foregoing scenarios, the receiver is immunized personally from tort liability, but not in his or her official capacity as receiver.5

After the court appoints the receiver, the receiver should have sufficient powers to, among other things: (i) take over the management of the company; (ii) open bank accounts; (iii) borrow money by issuing receivership certificates; (iv) manage all of the company’s property; (v) hire counsel and other professionals; and (vi) sell the receivership estate’s assets for the benefit of the creditors. To maximize repayment to the creditors, the receiver may hold an auction to sell the assets and assist in facilitating the cancellation of company’s state license while the buyer of the assets secures its state license after the local license is transferred.

State cannabis licenses may not be sold or transferred.9 Yet, to maximize recovery for the creditors, the receiver may need to participate in the regulatory process to maintain a license during the pendency of the receivership and to assist in the amendment of a license while a prospective buyer seeks to obtain its own license. To do so, the receiver will first need to qualify as a licensee under state law to join as a licensee on the license and further the licensee as a going concern. Next, the principals of the prospective buyer will themselves need to qualify as licensees under the license. Then, once the sale of the company’s assets (including any interest in the license) to the buyer closes, the receiver and the company’s original owners will terminate their capacities as licensees of the license, leaving only the new owners as licensees. Thus, the proposed order should be written with attention to ensure the receiver has powers to further the foregoing and not diminish the value of the receivership estate.

The conflict between federal and California law regarding cannabis continues to be an impediment for stakeholders in California’s cannabis market. Because of this conflict, stakeholders in California’s legal cannabis market lack access to vital traditional institutions, such as bankruptcy remedies. As a result, stakeholders must be prepared to consider alternatives such as a court appointed receiver, which can be a useful alternative to both secured creditors and unsecured creditors. Stakeholders who pursue a court appointed receiver will benefit from a long-established body of law and experienced professionals.