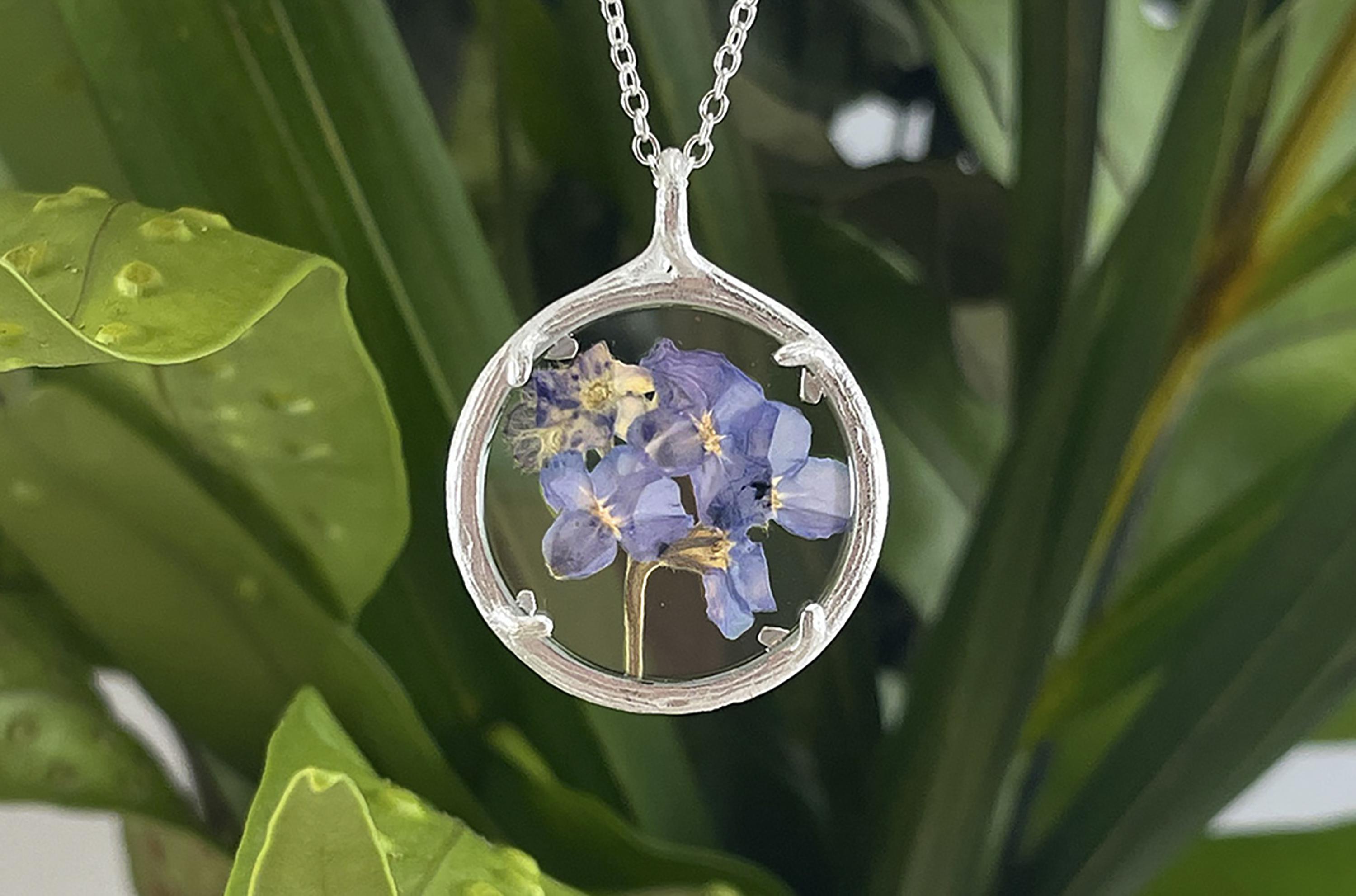 
From tattoos to clothing to furnishings, more people are adorning their bodies and homes with themes from nature. Designers and artists who see this “biophilia” trend think it’s a response to both the pandemic and anxiety about environmental destruction.

“Our collective yearning for nature and the solace that it brings, especially during the pandemic, has led to a fixation on all things earthy. It’s popping up in all kinds of design spaces,” says Veronique Hyland, Elle magazine’s fashion features director and author of an upcoming essay collection, “Dress Code” (Harper Collins, March 2022).

The trend “goes hand in hand with our growing awareness about sustainability,” she says.

“Biophilia” is a term made popular in the 1980s by biologist Edward O. Wilson to describe humans’ connection to the rest of the natural world.

Experiencing the outdoors has become something of a luxury, Hyland suggests, with fewer people having access to green spaces or free time to enjoy them. So people are carrying nature with them, whether that’s a bracelet crafted of beach glass, a leather jacket made from mushroom fiber, or a tattoo of dad’s favorite flower.

“I’ve definite seen an uptick in people wanting nature-themed tattoos,” says Stephanie Cecchini, owner of Lady Luck Studio in Goshen, New York. “I think it’s because people are putting more thought into their tattoo, and using the representation of nature to reflect their own lives. There are a lot more clients opting to have custom tattoos done versus just choosing flash art off of the walls.”

Along with thistles, sunflowers and orchids, Cecchini has inked lions, giraffes, bears, pet dogs and a little lizard that looks 3-D.

Jillian Slavin of New Paltz, New York, loves trees, particularly a white oak near her childhood home. When she recently decided to get her first tattoo, she sent the artist, Patricia Mazzata at Hudson River Tattoo a watercolor painting of the tree. Mazzata designed a flowy, artful image that Slavin liked so much she had it inked large, on her back.

“I couldn’t imagine it any smaller, or in any other place,” she says.

Stacy Billman of Savoy, Illinois, worked as a floral designer in college. Over the course of nine months during the pandemic, she got a tattoo sleeve of flowers on her arm, approaching it as she would a floral arrangement. She started with her favorite flower, the ranunculus, then added wax flower, peonies, orchid, protea, tulips, anemones freesia, dahlia, lisianthus.

She finished with a sunflower on her wrist and the text: “No rain, no flowers.” The phrase reflects her personal growth during the pandemic, she says.

“I can’t control the rain, but I can choose how I respond to it,” she says. “What’s a world without flowers?”

For their Fall 2022 collection, Private Policy designers Siying Qu and Haoran Li were inspired by the Netflix documentary “Fantastic Fungi,” Hyland says, which showcased fungi’s deep and mysterious connection to the forest. Their new line pays tribute to mycelium — a mushroom-based alternative to leather. They included keychains made from the experimental foam made of dehydrated mushrooms.

“Mushrooms have been a big through-line over recent seasons, and have even found their way into luxury fashion,” says Hyland. “Last season in Paris, Stella McCartney presented a fungi-inspired show that included a bag in Mylo mushroom leather. And last year, Hermès teamed with Mycoworks to create sustainable mushroom leather.”

This spring in New York, Sarah Burton staged her Alexander McQueen show amid piles of wood chips and also celebrated mycelium. Though she didn’t use the material — she said she’s still experimenting with it — she evoked fungi in touches sewn or woven into some of her looks.

Designer Catherine Weitzman launched her studio, first in San Francisco and now based in Hawaii, after being inspired by nature during travel.

“Found objects and recycled metals play a big part,” she says, “and allow for a connection to be formed between nature, myself and the person who wears my jewelry.”

She has necklaces made of tiny alpine flowers captured in glass; earrings of fan coral cast in gold vermeil or recycled silver; and pendants of fern from the forest floor, also cast in metal.

Weitzman thinks biophilia is trending because the idea of being surrounded by nature and connecting with others enhances “mood, productivity and creativity.”

Redbubble.com, which offers work by independent artists, has scarves with imagery of lapping waves, geese in flight, pheasant feathers and dappled sunlight in the woods, among other offerings. French luxury linens purveyor Yves DeLorme says its new collection is inspired by dreams of nature; there are tapestry cosmetics and jewelry bags depicting tropical plants, lemurs and autumn forests.

The decor marketplace abounds with flower motifs; tiles printed to look like minerals or wood slabs; furniture that boasts of its origin as a chunk of rock or tree; and renderings of sunbeams, storm clouds and celestial bodies on wallpaper and soft goods.

Rachel Magana, senior visual designer for Fernish, a West Coast-based furnishings subscription service, says engagement on their website goes up whenever they post photos of greenery-filled rooms, such as “plant walls” in home offices.

“Biophilia certainly became more engrained during COVID, when more of us started to become `plant parents’ and found a new appreciation for making our homes a relaxing refuge,” she says. “As a designer, and working at a company focused on creating a warm home space, biophilia is a part of every photoshoot, every ad, everything we do.”

Eilyn Jimenez of the Miami-based firm Sire Design says clients are asking for homes that provide a sense of calm. “With all that’s going on in the world, home should be an escape. Being at home has also driven the trend of connecting to nature through design,” she says.

Sarah Jefferys, who has a design firm in New York, uses glass sliding doors and large windows to open up interiors to the exterior. “Nature, light, smells and fresh air seamlessly become part of the interior space,” she says.

“Biophilia improves quality of life,” she says. Especially after pandemic lockdowns, “we needed to embrace the connection to nature and the environment in our interiors.”

New York-based Kim Cook writes regularly about homes and design for The AP. She can be reached on Instagram @kimcookhome.