Beekeepers in Canada face losses of up to 90 per cent 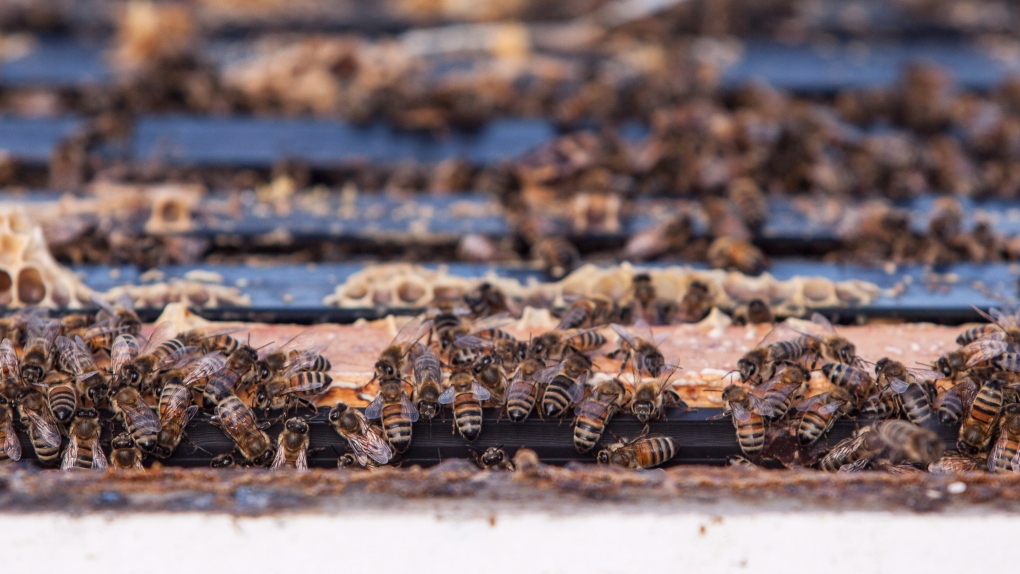 
As beekeepers in Canada prepare to open their hives for the spring, some are finding high mortality rates in their hives.


“The bees are in confinement from October-November until April,” Laval University bee scientist Pierre Giovenazzo told The Canadian Press earlier this month. “It’s tough for them. Overwintering mortality in Canada is often around 20 per cent to 30 per cent, normally. In good years, we might be at 18 per cent.”


The Alberta Beekeepers Commission says losses over winters have averaged 26.2 per cent since 2007. Beekeepers say the main culprit for bee deaths is the varroa mite, a parasitic mite that feeds on honeybees and has existed in Canada since 1989.


“It’s a very serious threat. It’s a parasite that it has been with beekeepers for many, many years. So, it’s not a new parasite,” Renata Borba, tech transfer lead at the Alberta Beekeepers Commission, told CTV’s Your Morning on Tuesday.


Borba says it’s not just the mite itself that damages the bees. Varroa mites can carry diseases that can spread within a colony. “That also adds to the stress of the colony and the immune system,” she said.


It’s still unclear why beekeeping losses this year are so disproportionately high. Borba says one factor may be the long pollination season last spring. A long season allows bees to produce more brood, which are the eggs and larvae of bees. That leads to more varroa mites, as these mites lay their eggs and reproduce within the brood sacs.


The hot and dry weather in the Prairies last summer may be another factor that has allowed the varroa mites to flourish.


“There’s a lot of conversation around maybe the aftermath of last year’s drought, which caused a lot of stress onto our colonies, and in a lot of ways kind of screwed around with the cycle of our honeybees and maybe provided an opportunity for pests to take a better foothold,” Ian Steppler, chair of the Manitoba Beekeeping Association, told CTV News Winnipeg earlier this month.


To replenish their hives, beekeepers have to import bees from places like Australia and New Zealand. But COVID-19-related disruptions in the airline industry have meant that it’s been more challenging and expensive for Canadian beekeepers to order more supply.


“Airlines had to downscale a little bit their imports of how much we’re bringing in colonies from stamp packages from New Zealand and from Australia,” Borba said. “Beekeepers are relying a lot on local stocks.”


The bee deaths also have greater impacts beyond the honey industry. Honeybees are crucial pollinators for hybrid-seed canola and blueberry growers.


“If we don’t have enough bees to supply to those growers, then pollination is going to be in a deficit there,” said Borba.


With files from The Canadian Press, CTV News Winnipeg and CTV News Calgary.

Age Hammeken Danielsen has hunted narwhals since he...
Read more
Previous articleDigital sharing of genetic information could ignore benefit-sharing [Analysis]
Next articleWhy Invest In CBD Oil For Anxiety To Heal Your Body!