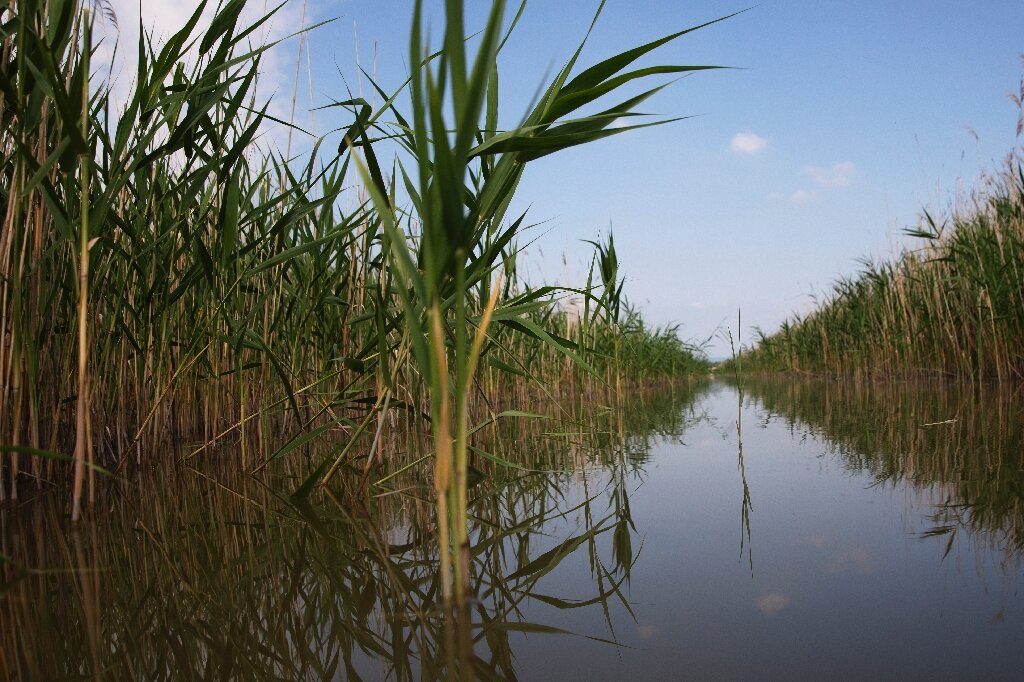 
Kitesurfers and windsurfers dot picturesque Lake Neusiedl on the Austrian-Hungarian border –- but the water is so low some get stuck in the mud.

The salt lake and its marshes—the largest of its kind in Europe and a UNESCO world heritage site—could soon run completely dry, and locals are worried.

The lake, only an hour from Vienna, last dried up in the 1860s yet was naturally replenished by rainwater.

But back then it wasn’t drawing millions of tourists, nor was the area producing 120,000 tons of crops a year.

“Letting the lake and the region run dry is not an option,” provincial councillor Heinrich Dorner told AFP.

To avert what he sees as an economic disaster, Dorner is banking of a series of major projects, the biggest being a canal to bring fresh water from the Danube river in Hungary.

But the plans have run into opposition from environmentalists, who fear any interference could accelerate the demise of the lake, the westernmost outpost of the great Eurasian Steppe.

Hungary has tasked a company owned by one of its richest men, Lorinc Meszaros, with building the canal, though work has not yet started, according to a municipal official.

Meszaros, who is close to Prime Minister Viktor Orban, is already in charge of a vast real estate project on the Hungarian side of the lake, including the construction of a marina, sports complex and a hotel.

But activists are against both on environmental grounds and over fears of corruption. “The canal project is unacceptable… (and will) destroy the whole ecosystem” of the lake region, Katalin Rodics of Greenpeace Hungary told AFP.

While other lakes naturally fill up over thousands of years, shallow Lake Neusiedl—which Hungarians call Ferto—naturally dries up about once a century.

As its salty bed is exposed to saline-loving bacteria, algae, plankton and mud decompose, dry out and are swept away by the wind.

If fresh water from the Danube ends up being flushed into the lake, this could dilute the saline levels and stop the natural process, said the WWF’s Bernhard Kohler.

“It’s a natural cycle,” Kohler said. “We’ll just have to learn to live with it again.”

But councillor Dorner insisted this is not an option.

As well as the canal, he hopes to dredge out one million cubic metres of mud to deepen the lake for boating.

Farmers will also have to switch from water-intensive crops such as potatoes, corn and soy, Dorner said, and instead plant spelt, millet or other crops more suitable for arid climates.

Or indeed to wine as world-renowned grapes already grow in the sandy banks of the salt marshes.

The last time Lake Neusiedl dried up in the 1860s, it left an almost apocalyptic landscape. Historians describe dusty clouds of salt inflaming people’s eyes, piling up on fields and spoiling crops.

Fish, too, died, and locals “lamented that they’ll starve if the dry spell of the lake continues”. But three years later, the water began its miraculous return.

But now with tributaries cut off and more people depend on the lake than ever before, there is doubt on how long a recovery would take.

Rain, the lake’s lifeline, also now increasingly falls in summer, when it evaporates faster, as overall temperatures have risen and heatwaves have increased because of climate change.

Provincial water management head Christian Sailer said it was vital to save the “very complex region”.

“The climate is changing, and that negatively affects the lake,” he told AFP.

Last month more than 100 canoeists and rowers staged a rally on the lake to sound the alarm, some holding posters reading, “Our lake must not die.”

And it’s not just the lake that’s vanishing.

More than 100 salt marshes once dotted the region, but as groundwater levels have dropped dramatically, about 60 are now “irreversibly lost”, said Johannes Ehrenfeldner, head of the Lake Neusiedl-Seewinkel National Park.

Many of the 350 species bird watchers observe depend on these salty ecosystems, and if they dry up, “bird numbers will dwindle,” Ehrenfeldner said, his binocular trained at a black-and-white avocet scooping tiny crabs from the mud.

“We’re running towards our own demise with our eyes wide open,” he added.