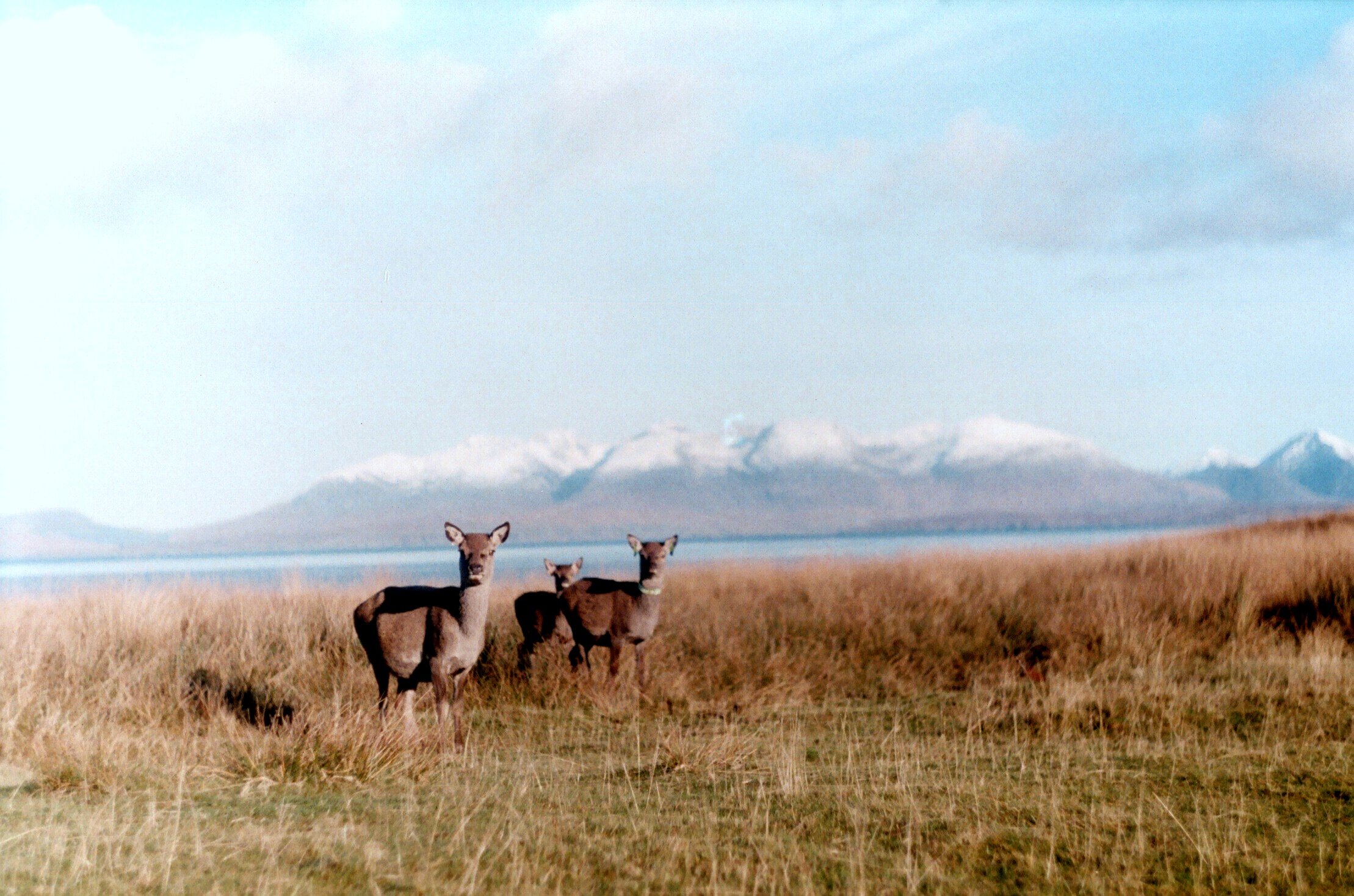 
A multidisciplinary team led by researchers from the Universities of Oxford and Edinburgh has found that wild red deer become less sociable with age.

Lead author Dr. Greg Albery, Department of Biology, University of Oxford said, “We found that deer’s social networks shrink as they grow old and begin associating less with others. This ‘social aging’ appears to be driven by older individuals choosing to live in more isolated locations and engaging with fewer other deer within these sparser areas.”

Building a general understanding of how individuals change their social behavior as they age is useful for research across many different species, including humans. Such research sheds new light on the consequences of senescence for aging individuals, as well as potentially providing insights into how societal structure and function might change as the population ages.

The team applied novel social network analysis methods to a large, 46-year-long, dataset made up of over 200,000 census observations of more than 3,500 female deer over their lifetimes.

As female deer grow older, they begin to interact with fewer other individuals within their home ranges. They also shift their locations to less populated areas of their habitat.

Alongside becoming less central in the social network, older females were generally found with smaller home ranges, farther from the center of the population, in areas of lower density, and with lower-quality grazing.

“This new evidence of social aging in the wild shows the value of long-term datasets. By tracking many individuals simultaneously over their entire lives, we can understand how and why their social associations with one another change over time,” said Josh Firth, Department of Biology, Oxford University and senior author on the study.

While earlier work has shown that older wild animals in other species may be less sociable than younger animals, it was previously difficult to determine whether this was due to demographic changes or to more sociable individuals dying sooner. However, using this long-term dataset, the new research shows that social aging happens at the individual level, where individuals actively become less sociable throughout their lives.

The research also highlights that further work is now needed to understand exactly why aging deer become less social. The authors suggest this social aging may be due to a combination of many factors, such as moving to areas that are easier for older individuals to forage in or changing their behavior to become more socially selective in their relationships with other deer.

Dr. Albery added, “Combining social networks with spatial location data allowed us to disentangle the potential causes of these age-related declines in social behavior, and to show how individuals change their behavior throughout their lives.”

The researchers now hope that bringing these scientific approaches to other long-term data sets of wild animals will help generate a broader view of the fundamental rules that may govern aging and social behavior in natural populations.

Delta-8 THC is one of the most talked-about...
Read more
Previous articleHow the zebrafish repairs a broken heart
Next articleDon’t Go Down with the Ship: How to Create a Cash Influx for Your Cannabis Business During Hard Times