What happened at the biodiversity COP, and why it matters to business 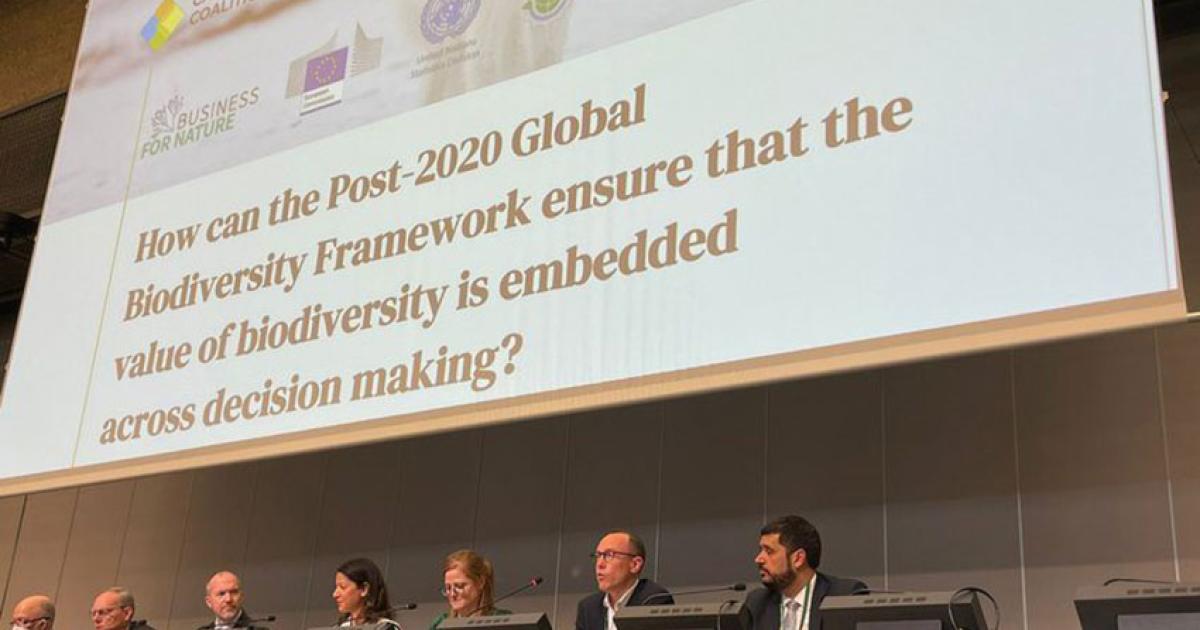 
We’re nearly halfway through 2022 but are already seeing a world on fire, both literally and figuratively. Climate change is causing heatwaves, challenging food production, disrupting supply chains and threatening livelihoods. The demands on business are compounded by the escalating conflict in Ukraine and skyrocketing inflation.

While companies grapple with the immediate impact of these crises, it can be hard to think about the long-term vision of sustainability. However, not doing so comes at the cost of their own future. As a recent IPCC report found, the window for action is closing, and the consequences of climate change and nature loss are becoming unbearable.

An ambitious and implementable international agreement on nature will help set the direction for corporate action.

One of the most effective ways businesses can contribute to a sustainable future is by calling for ambitious environmental policies, which could set the direction of travel for all actors and catalyze investment and action. While the Paris Agreement was a rallying point for businesses on global warming, another United Nations agreement — the Post-2020 Global Biodiversity Framework — could have the same impact for nature. In preparation for the 15th Conference of the Parties (COP15), the U.N. Convention on Biological Diversity (CBD) recently held its latest round of negotiations on the Framework in Geneva.

Here’s a summary of what happened.

How many businesses showed up at the Geneva talks and why is it important?

More than 40 companies and organizations — including Unilever, Citi, Natura, H&M Group, Holcim, GSK, Walmart, IKEA, Nestlé and L’Occitane and such organizations as the Capitals Coalition, WBCSD, CEBDS and the International Chamber of Commerce — joined Business for Nature’s delegation in Geneva. It was the first time so many progressive businesses have turned up at a nature negotiation pushing for greater ambition.

As was the case for the 2015 Paris Climate Agreement, an ambitious and implementable international agreement on nature will help set the direction for corporate action, unlock new business opportunities, create a level playing field and stable operating environment for businesses. The voice of business is therefore crucial in influencing a successful outcome.

How was business perceived at the CBD meetings?

The voice of progressive business was welcomed and the fact they were bringing transformative proposals into the discussions. Elizabeth Mrema, executive secretary of UN Biodiversity, commented: “We should give credit to the businesses already taking voluntary action. We need businesses to be an agent for change.”

This reflects the rapidly increasing momentum from businesses advocating for nature. More than 1,100 companies, with combined revenues of $5 trillion, are urging governments to adopt policies now to reverse nature loss by 2030, a recognition of the growing risks climate action failure, extreme weather events and biodiversity loss pose to business.

What did the Business for Nature coalition call for at the negotiations?

Businesses called for many elements of the draft Global Biodiversity Framework to be strengthened, including:

More details are available in Business for Nature’s full position on the Framework.

How did the CBD talks go?

It’s fair to say the negotiations did not reflect the sense of urgency that science demands. While leading businesses showed up in force urging governments to go further, limited progress and consensus was achieved, with much talk and little resolution. As a result, an additional negotiation meeting will take place June 21-26 in Nairobi, Kenya.

What can business do now?

While the Framework is still under negotiation, we cannot afford to wait until it is adopted to start acting. Companies should transform their business models and take no-regret actions today. This includes ensuring their supply chain is deforestation-free, developing new products and revenue streams, investing in protecting and restoring ecosystems and including nature in decision-making.

They can also advocate for ambitious policies by signing the Nature is Everyone’s Business Call to Action. On the road to COP15, they can share Business for Nature’s policy position with local governments and amplify nature messages publicly to push nature up the global agenda.

What needs to happen next?

We need political leadership ahead of the final UN CBD COP15 negotiations, due to take place in Kunming, China later this year, to deliver an enabling environment that will transform our regulatory and financial systems to recognize our shared accountability and responsibility.

A recent report shows an enormous gap between leaders’ pledges, commitments and declarations on action on nature and the draft global biodiversity plan being negotiated.

Now is the time for businesses and governments to work together in this once-in-a-decade opportunity and deliver an equitable, net zero and nature-positive future.