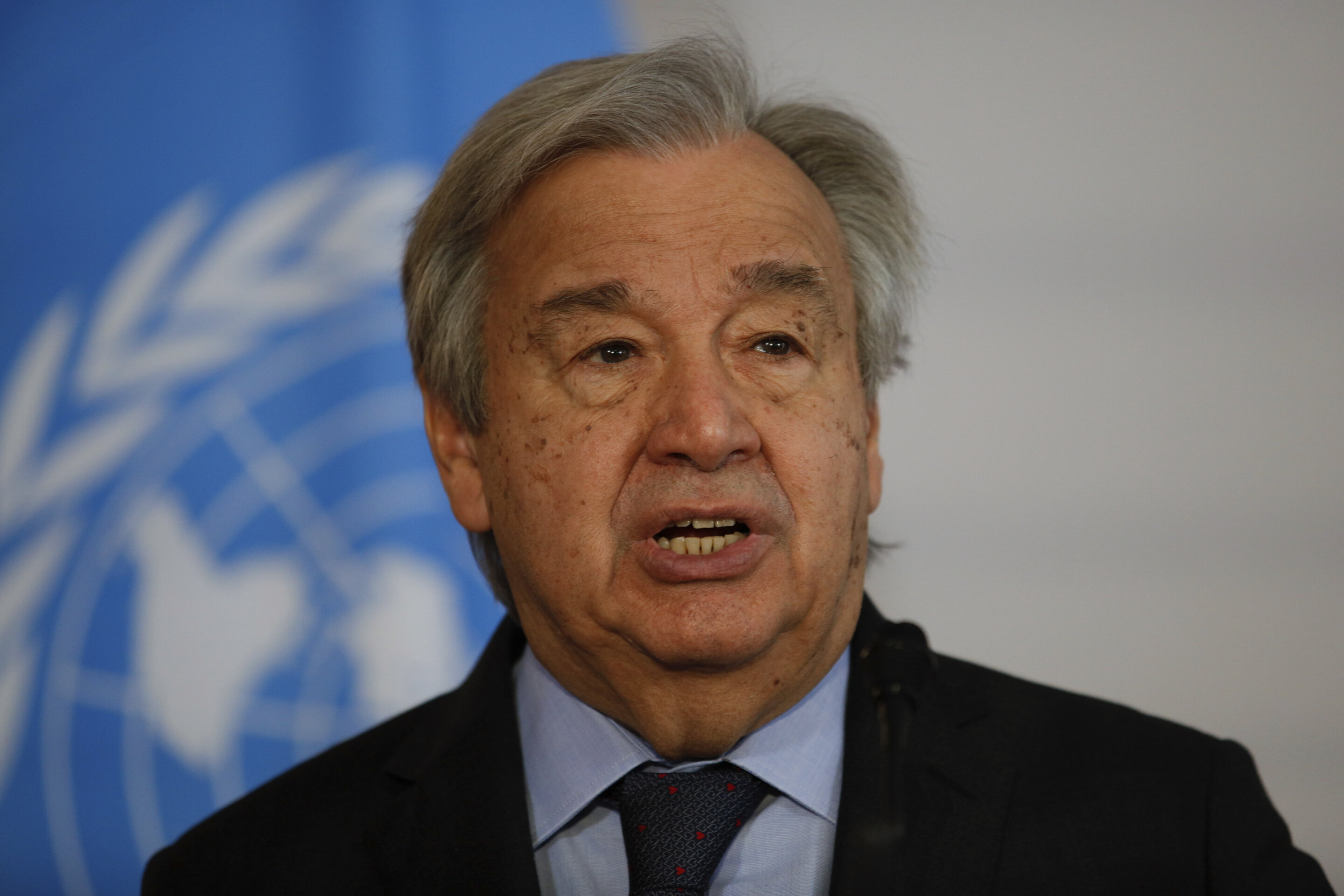 “We must end fossil fuel pollution and accelerate the renewable energy transition before we incinerate our only home,” U.N. Secretary-General Antonio Guterres said. “Time is running out.”

His latest stark warning about a possible environmental disaster comes after the World Meteorological Organization issued its State of the Climate Report for 2021, which said the last seven years were the seven hottest on record. The impacts of extreme weather have led to deaths and disease, migration, and economic losses in the hundreds of billions of dollars—and the fallout is continuing this year, the WMO said.

“Today’s State of the Climate report is a dismal litany of humanity’s failure to tackle climate disruption,” Guterres said. “The global energy system is broken and bringing us ever closer to climate catastrophe.”

In his plan, which leans into the next U.N. climate conference taking place in Egypt in November, Guterres called for fostering technology transfer and lifting of intellectual property protections in renewable technologies, like battery storage.

Such ambitions—as with his call for transfers of technologies aimed to fight COVID-19—can cause innovators and their financial backers to bristle: They want to reap the benefits of their knowledge, investments and discoveries—not just give them away.

Germany said it was looking into Guterres’ proposal about intellectual property rights on battery technology.

“We’ve heard about the proposals,” said Robert Saeverin, a spokesperson for Germany’s Energy and Climate Ministry. “But we haven’t formed an opinion on them yet.”

Secondly, Guterres wants to broaden access to supply chains and raw materials that go into renewable technologies, which are now concentrated in a few powerful countries.

The U.N. chief also wants governments to reform in ways that can promote renewable energies, such as by fast-tracking solar and wind projects.

Fourth, he called for a shift away from government subsidies for fossil fuels that now total a half-trillion dollars per year. That’s no easy task: Such subsidies can ease the pinch in many consumers’ pockets—but ultimately help inject cash into corporate coffers too.

“While people suffer from high prices at the pump, the oil and gas industry is raking in billions from a distorted market,” Guterres said. “This scandal must stop.”

Finally, Guterres says private and public investments in renewable energy must triple to at least $4 trillion dollars a year. He noted that government subsidies for fossil fuels are today more than three times higher than those for renewables.

Those U.N. initiatives are built upon a central idea: That human-generated emissions of greenhouse gas in the industrial era have locked in excess heat in the atmosphere, on the Earth’s surface, and in the oceans and seas. The knock-on effect has contributed to more frequent and severe natural disasters like drought, hurricanes, flooding and forest fires.

“While rich countries can afford to spend extra on clean energy, poor and middle income countries may be less willing to accept tradeoffs between reducing emissions and lifting millions out of abject poverty,” he said. “If clean energy sources are cheaper than fossil fuels, they become win-win and will be adopted more rapidly.”

The WMO report breaks little new ground in terms of data, but compiles earlier studies into a broader picture of the global climate.

Its secretary-general, Petteri Taalas, pointed to a downward blip in emissions in 2020 when the coronavirus pandemic dampened human activity. But he said that doesn’t change the “big picture” because carbon dioxide—a leading greenhouse gas—has a long lifetime and lingers on, and emissions have been growing since then anyway.

“We have seen this steady growth of carbon dioxide concentration, which is related to the fact that we are still using too much fossil fuel,” Taalas said in an interview. “Deforestation in regions like Amazon, Africa and southern Asia still continue.”

Last year’s U.N. climate conference in Glasgow, Scotland, failed to muster carbon-cutting pledges from the “BRICS” countries—Brazil, Russia, India, China, and South Africa—which threaten a key goal of the 2015 Paris accord to limit global warming to 1.5 degrees Celsius, he said.

Climate experts lauded the U.N. ambitions and lamented the WMO findings, and said some countries are headed in the wrong direction.

“If climate change is death by one thousand cuts, in 2021 we took our thousandth,” said Rob Jackson, professor of Earth System Science at Stanford University, who also chairs the Global Carbon Project that tracks carbon emissions.

“Dirty coal use roared back through economic stimulation incentives for COVID in China and India. We built more new coal plant capacity worldwide than we took offline,” he added. “How is this possible in 2021?”

Jonathan Overpeck, a professor of environmental education at the University of Michigan, noted that fossil fuels have a role in the Russian government’s war in Ukraine. Russia is a key global producer of oil and gas, including through a pipeline that transits Ukraine to supply homes and businesses in Europe.

“The secretary-general has it right in pointing the blame at fossil fuels. Fossil fuels are creating an ever-worsening climate crisis and all that comes with it,” Overpeck said. “The solution for climate change, the deadly air pollution and true national security is to leave fossil fuels behind in favor of clean renewable energy.”

“It’s getting scary,” he added. “The climate crisis and the European war are a call to action, and to rid the planet of fossil fuels as fast as we can.”

Citation:
UN floats plan to boost renewables as climate worries mount (2022, May 18)
retrieved 19 May 2022
from https://phys.org/news/2022-05-boost-renewables-climate-mount.html