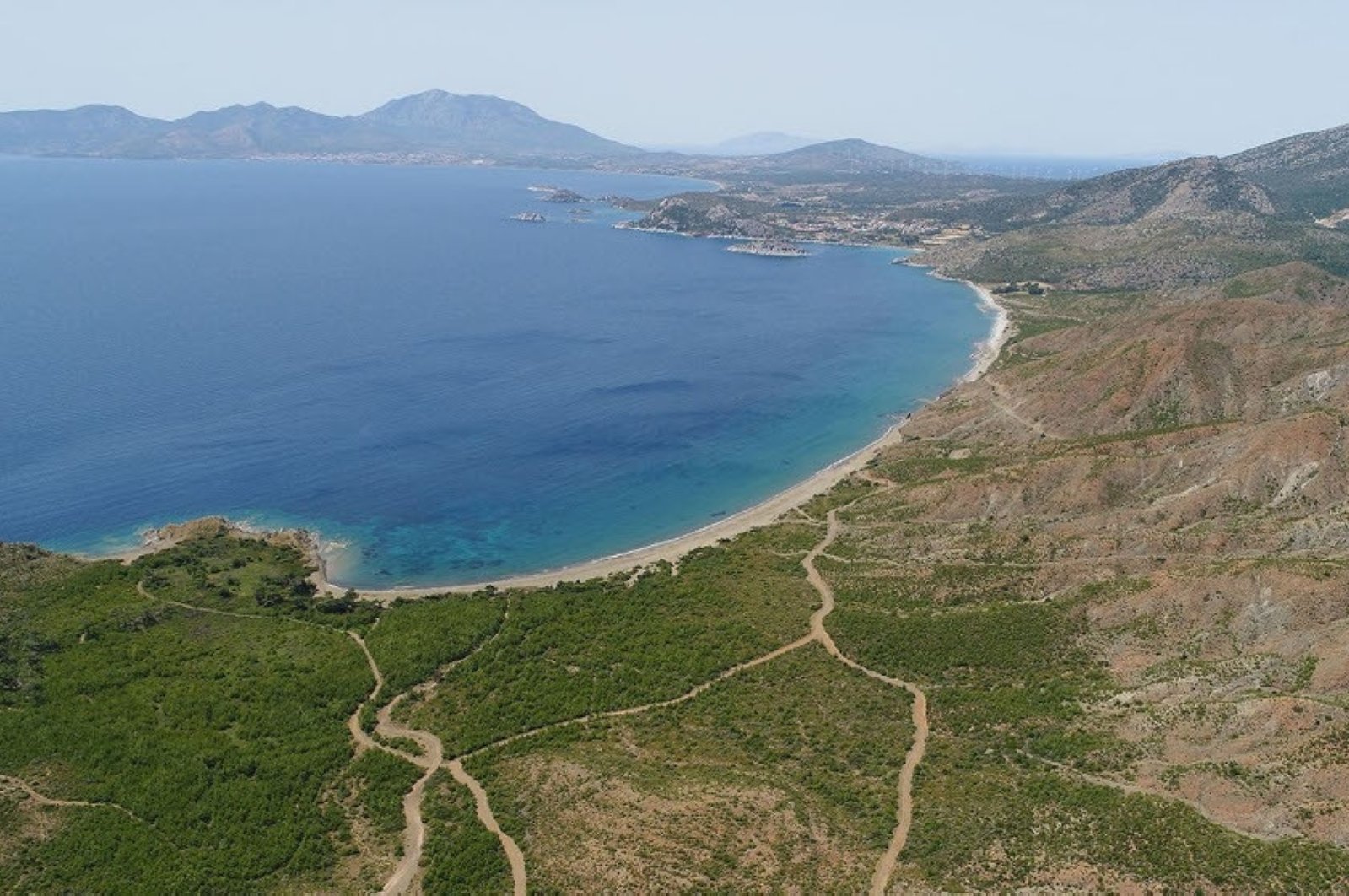 
Images shared by the General Directorate of Forestry this week show the progress in Turkey’s efforts to replenish areas that fell victim to last year’s forest fires. Barren land has lost its pale hue as saplings planted after the fires rapidly grow.

The country was hit by the worst wildfires in its recent history throughout the summer of 2021. Flames gripped every patch of land, home to forests during the high season for fires. Wildfires, common in Turkey, turned out to be more devastating due to the impact of climate change, which raised temperatures and brought stronger winds that challenged the extinguishing efforts.

The government has pledged to replenish the burned forests, denying allegations that the fire sites would be opened for residential development. Later last year, the first mass planting campaigns were launched in burned forests.

In the southern province of Mersin, 34 tons of red pine seeds were planted in burned areas, along with 653,000 saplings. By autumn, authorities plan to plant 847,000 more saplings. The efforts cover an area of 9,500 hectares, which were affected by the fires in the province’s Silifke, Aydıncık, Gülnar and Anamur districts. Replenishment work follows rehabilitation and cleaning efforts. The planted saplings will benefit local farmers as part of the Ministry of Agriculture and Forestry’s scheme to create income-generating forests.

Kenan Akduman, Mersin chair of the General Directorate of Forestry, told Anadolu Agency (AA) on Thursday that they were working to erase the traces of the fires. “We planted saplings between November and March and are now working on smoothing out the burned land. We have about 700 hectares of land left in need of (planting),” he said. He noted that Mersin was home to forested areas, “double the average forest size in any other province” and the majority of them were red pine forests.

Elsewhere, forests are thriving again in the districts of Marmaris, Datça and Bodrum in Muğla province, Yenice in Kütahya province, Seferihisar in Izmir province and in Çamköy of Denizli, Intepe of Çanakkale, Ayvalık of Balıkesir and in Antalya, which was hit hardest by last summer’s wildfires.

Amid a construction boom and concerns over the climate crisis, Turkey has stepped up efforts to preserve and further expand its forests. It is also pursuing a campaign to boost the production of saplings and increase revenue from forestry products, namely fruit and honey production, for villagers. Thousands of forests were created in rural areas to generate extra income for farmers.

The mass planting of trees and the improvement of pastures are also among the measures being taken against erosion and desertification, as part of an action plan by the government. Hundreds of thousands of hectares of land turn into deserts every year due to poor irrigation. Officials say Turkey is among the countries most affected by the increase in nonarable lands and climate change, as it sits in a geographically challenging location sandwiched between different climates.

"We are very pleased to have obtained this...
Read more
Previous articleThe cost of invasive species bears heavy on Indian economy: study
Next articleSweet seagrass is saving oceans and reversing climate change — but we’re killing these gentle habitats