The origin of life: A paradigm shift 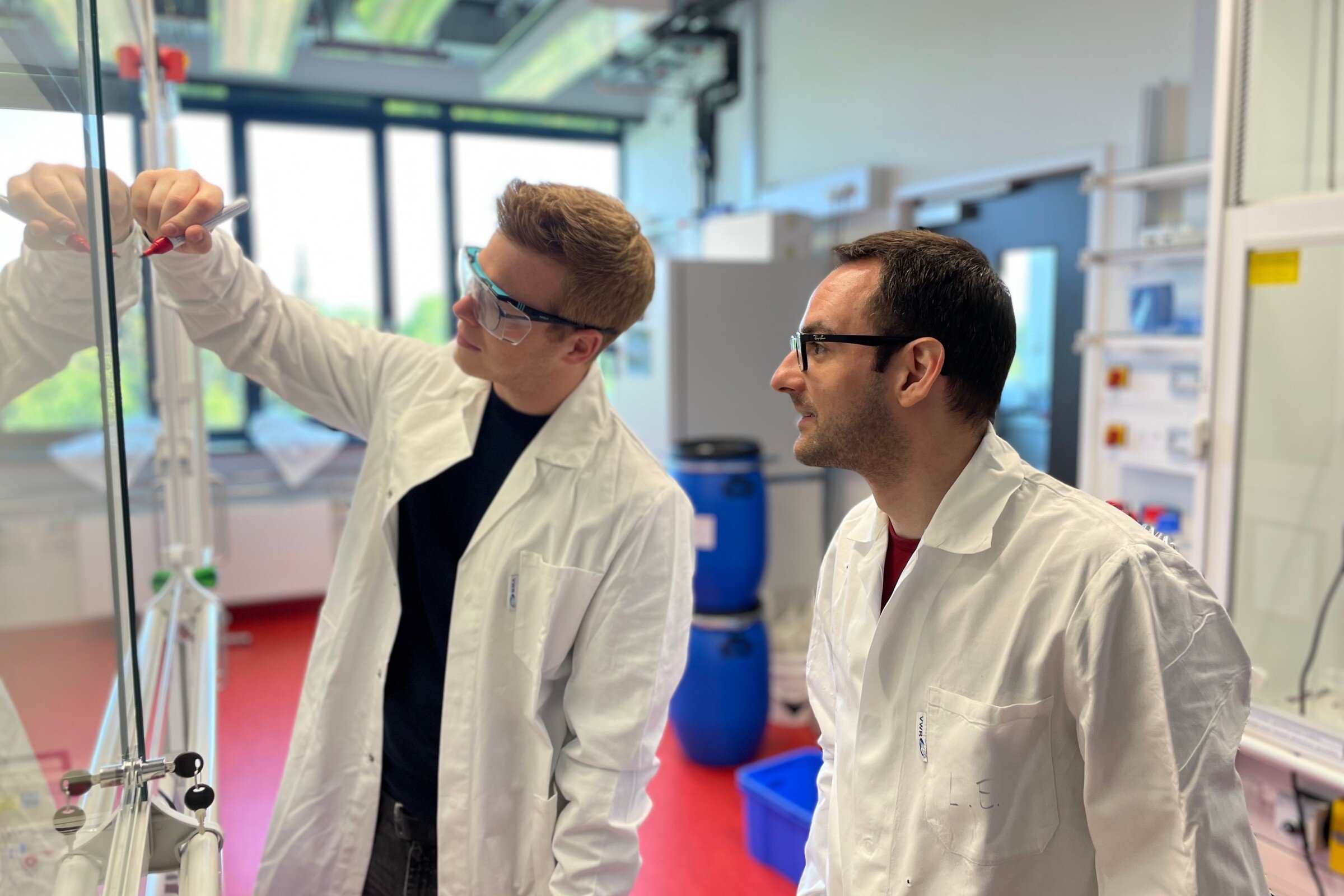 
According to a new concept by LMU chemists led by Thomas Carell, it was a novel molecular species composed out of RNA and peptides that set in motion the evolution of life into more complex forms.

Investigating the question as to how life could emerge long ago on the early Earth is one of the most fascinating challenges for science. Which conditions must have prevailed for the basic building blocks of more complex life to form? One of the main answers is based upon the so-called RNA world idea, which molecular biology pioneer Walter Gilbert formulated in 1986. The hypothesis holds that nucleotides—the basic building blocks of the nucleic acids A, C, G, and U—emerged out of the primordial soup, and that short RNA molecules then formed out of the nucleotides. These so-called oligonucleotides were already capable of encoding small amounts of genetic information.

As such single-stranded RNA molecules could also combine into double strands, however, this gave rise to the theoretical possibility that the molecules could replicate themselves—i.e. reproduce. Only two nucleotides fit together in each case, meaning that one strand is the exact counterpart of another and thus forms the template for another strand.

In the course of evolution, this replication could have improved and at some stage yielded more complex life. “The RNA world idea has the big advantage that it sketches out a pathway whereby complex biomolecules such as nucleic acids with optimized catalytic and, at the same time, information-coding properties can emerge,” says LMU chemist Thomas Carell. Genetic material, as we understand it today, is made up of double strands of DNA, a slightly modified, durable form of macromolecule composed of nucleotides.

However, the hypothesis is not without its issues. For example, RNS is a very fragile molecule, especially when it gets longer. Furthermore, it is not clear how the linking of RNA molecules with the world of proteins could have come about, for which the genetic material, as we know, supplies the blueprints. As laid out in a new paper published in Nature, Carell’s working group has discovered a way in which this linking could have occurred.

To understand, we must take another, closer look at RNA. In itself, RNA is a complicated macromolecule. In addition to the four canonical bases A, C, G, and U, which encode genetic information, it also contains non-canonical bases, some of which have very unusual structures. These non-information-coding nucleotides are very important for the functioning of RNA molecules. We currently have knowledge of more than 120 such modified RNA nucleosides, which nature incorporates into RNA molecules. It is highly probable that they are relicts of the former RNA world.

The Carell group has now discovered that these non-canonical nucleosides are the key ingredient, as it were, that allows the RNA world to link up with the world of proteins. Some of these molecular fossils can, when located in RNA, “adorn” themselves with individual amino acids or even small chains of them (peptides), according to Carell. This results in small chimeric RNA-peptide structures when amino acids or peptides happen to be present in a solution simultaneously alongside the RNA. In such structures, the amino acids and peptides linked to the RNA then even react with each other to form ever larger and more complex peptides. “In this way, we created RNA-peptide particles in the lab that could encode genetic information and even formed lengthening peptides,” says Carell.

The ancient fossil nucleosides are therefore somewhat akin to nuclei in RNA, forming a core upon which long peptide chains can grow. On some strands of RNA, the peptides were even growing at several points. “That was a very surprising discovery,” says Carell. “It’s possible that there never was a pure RNA world, but that RNA and peptides co-existed from the beginning in a common molecule.” As such, we should expand the concept of an RNA world to that of an RNA-peptide world. The peptides and the RNA mutually supported each other in their evolution, the new idea proposes.

According to the new theory, a decisive element at the beginning was the presence of RNA molecules that could adorn themselves with amino acids and peptides and so join them into larger peptide structures. “RNA developed slowly into a constantly improving amino acid linking catalyst,” says Carell. This relationship between RNA and peptides or proteins has remained to this day. The most important RNA catalyst is the ribosome, which still links amino acids into long peptide chains today. One of the most complicated RNA machines, it is responsible in every cell for translating genetic information into functional proteins. “The RNA-peptide world thus solves the chicken-and-egg problem,” says Carell. “The new idea creates a foundation upon which the origin of life gradually becomes explicable.”