Tadpoles for dinner? Indigenous community in Mexico reveals a favorite recipe for a particular frog 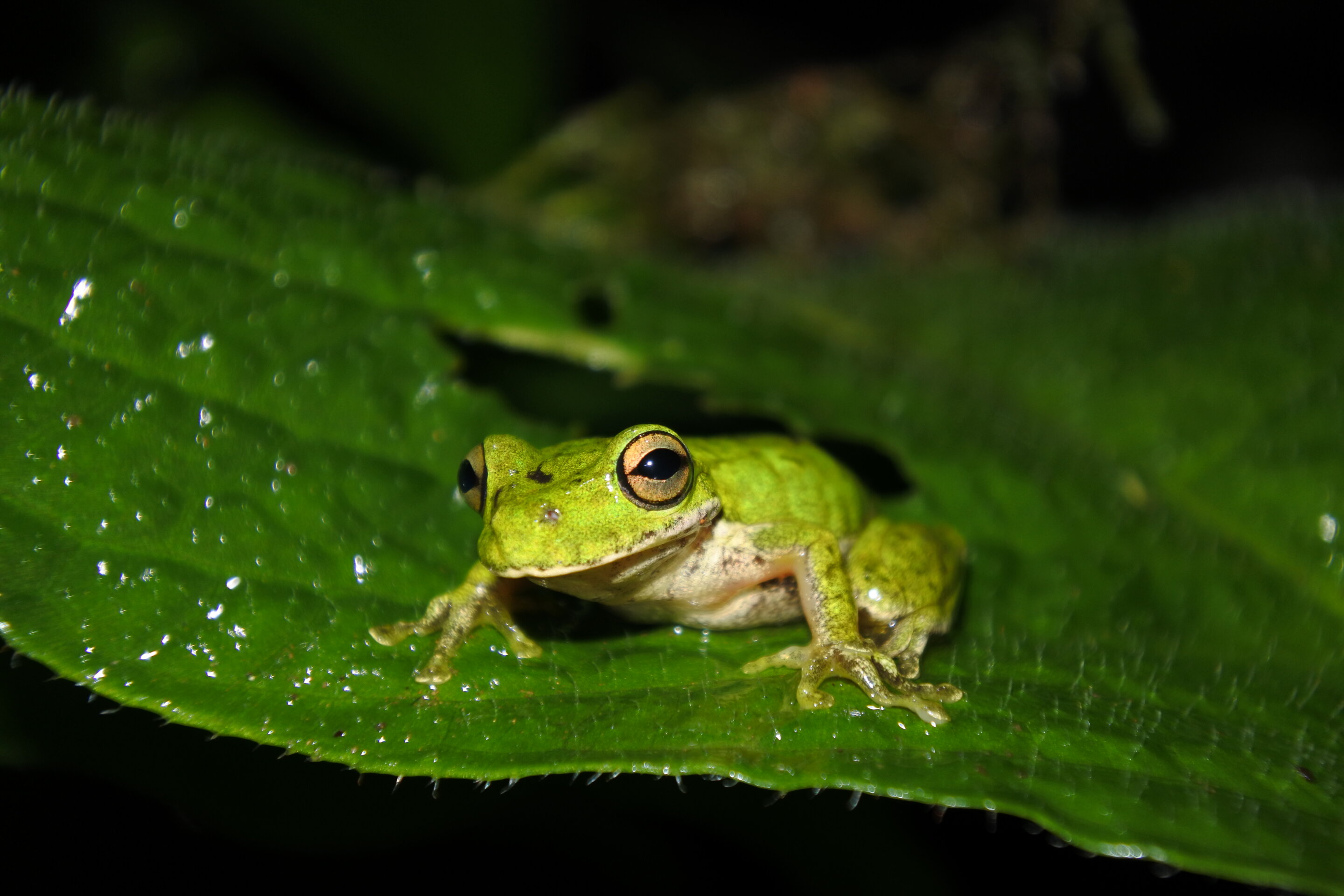 
Stone soup (caldo de piedra) is a traditional meal from the Indigenous Chinantla region in the state of Oaxaca, Mexico. Prepared by men, it is made by placing tomato, cilantro, chili peppers, onion, raw fish, salt, and water in a jicara (a bowl made from the fruit of the calabash tree) in a hole dug near a river. Then, the ingredients are cooked by adding red hot rocks to the “pot.”

In 2019, members of the CIIDIR-Oaxaca Amphibian Ecology Laboratory visited Santa Cruz Tepetotutla in the Chinantla region as part of their continued research work in the community’s forests and streams.

“As we observed and recorded the presence of tadpoles, our guide, Mr. Pedro Osorio-Hernández, remarked that one such tadpole was eaten in stone soup,” says Dr. Edna González Bernal, one of the researchers.

Although not much attention is paid to tadpoles, they are more important than you might think. They are perfect indicators of the health of bodies of water, due to their sensitivity to changes in the aquatic environment where they develop. When tadpoles are present in a stream, river, or even a puddle, they indicate an acceptable concentration of oxygen, pH, conductivity, and temperature, or overall good dynamics of sediments and plant matter. And, above all, finding tadpoles is the easiest way to know about the presence of an amphibian species that reproduces in that site, regardless of whether or not an adult has been observed. Hence, the identification of the unique characteristics of the tadpoles of each species is an important task that is currently drawing more attention amongst scientists.

“For us, as Oaxacans, Don Pedro’s words were an eye-opener,” biologist Carlos A. Flores, also part of the study, continues. “Although we knew about the tradition of stone soup, we would have never imagined that it could be prepared with tadpoles of the Sierra Juárez Brook frog (Duellmanohyla ignicolor).”

“As scientists, we wondered: why this species and not another? Since when have these tadpoles been eaten? In what other places are tadpoles consumed and in what form? Does this consumption have a negative effect on amphibian populations?”

To answer these questions, the researchers monitored several streams in the community, collecting data on the structure of these sites, such as depth, water velocity, temperature, etc. They wanted to identify the characteristics of the habitat where the tadpoles of this little known species are found. Their research was recently published in the open-access journal ZooKeys.

The team’s primary interest in the stone soup with tadpoles was to accurately document human interaction with this amphibian species.

“We learned that these larvae tend to form schools: aggregations of several tens to hundreds of individuals. They swim on the surface of the water and move their mouths to feed on suspended particles, which may be remains of plant matter, pollen or insect parts,” she continues.

“This behavior, as has been documented in other species, biologically implies a strategy to feed more efficiently, control body temperature, protect themselves from predators and even to encourage social interaction. At the same time, it makes it easier for humans to capture several tadpoles using nets, hats, bags or even their own hands.”

This tadpole soup is consumed during the hottest months (April and May), when people go swimming in the river. The rest of the year, it is prepared with fish. Local people described the tadpoles as having a delicious fish-like flavor.

Why do people eat these particular tadpoles? Community members remarked that, because they are found at the surface of the water, they are considered cleaner than those found at the bottom, such as the tadpoles of the the coastal toad (Incilius valliceps) and the gloomy mountain frog (Ptychohyla zophodes). In addition, the tadpoles consumed in the stone broth reach sizes of up to 5 centimeters, which makes them a better choice for the dish.

Is stone soup a dish that only exists in the Chinantla region? “We found that while the dish has primarily been documented in this region, it is also consumed in some Indigenous Ayuk (Mixe) municipalities,” Dr. González Bernal says.

The cooking principle itself is a technique that has been used throughout history by different cultures around the world. The particularity of the caldo de piedra lies in its preparation with tomato, cilantro, and chili peppers, as well as prawns or particular species of fish such as the bobo (Joturus prichardi).

In the case of the Sierra Juarez Brook frog’s tadpoles, the researchers concluded that since they are consumed locally and for non-commercial purposes, the species is not at risk. However, the behavior of these tadpoles and their preference for deeper water bodies make them vulnerable to being caught in large quantities.

“In the context of the global amphibian crisis, it is of utmost importance to continue increasing our knowledge about the diversity of species and above all to delve deeper into their ecology, both at the adult and larval stages. Only in this way can we gain a greater understanding of each species’ needs and develop conservation strategies that take into account the biology of species with a complex life cycle, such as amphibians,” the research team says in conclusion.

May the odds be in your favor: Relatedness and size interact in shaping poison frog tadpole cannibal aggression

Citation:
Tadpoles for dinner? Indigenous community in Mexico reveals a favorite recipe for a particular frog (2022, May 13)
retrieved 13 May 2022
from https://phys.org/news/2022-05-tadpoles-dinner-indigenous-mexico-reveals.html

Delta-8 THC is one of the most talked-about...
Read more
Previous articleForbes India – Climate Change Is A Chart-topping Issue For Music Fans, Research Finds
Next articleCould we learn to love slugs and snails in our gardens?